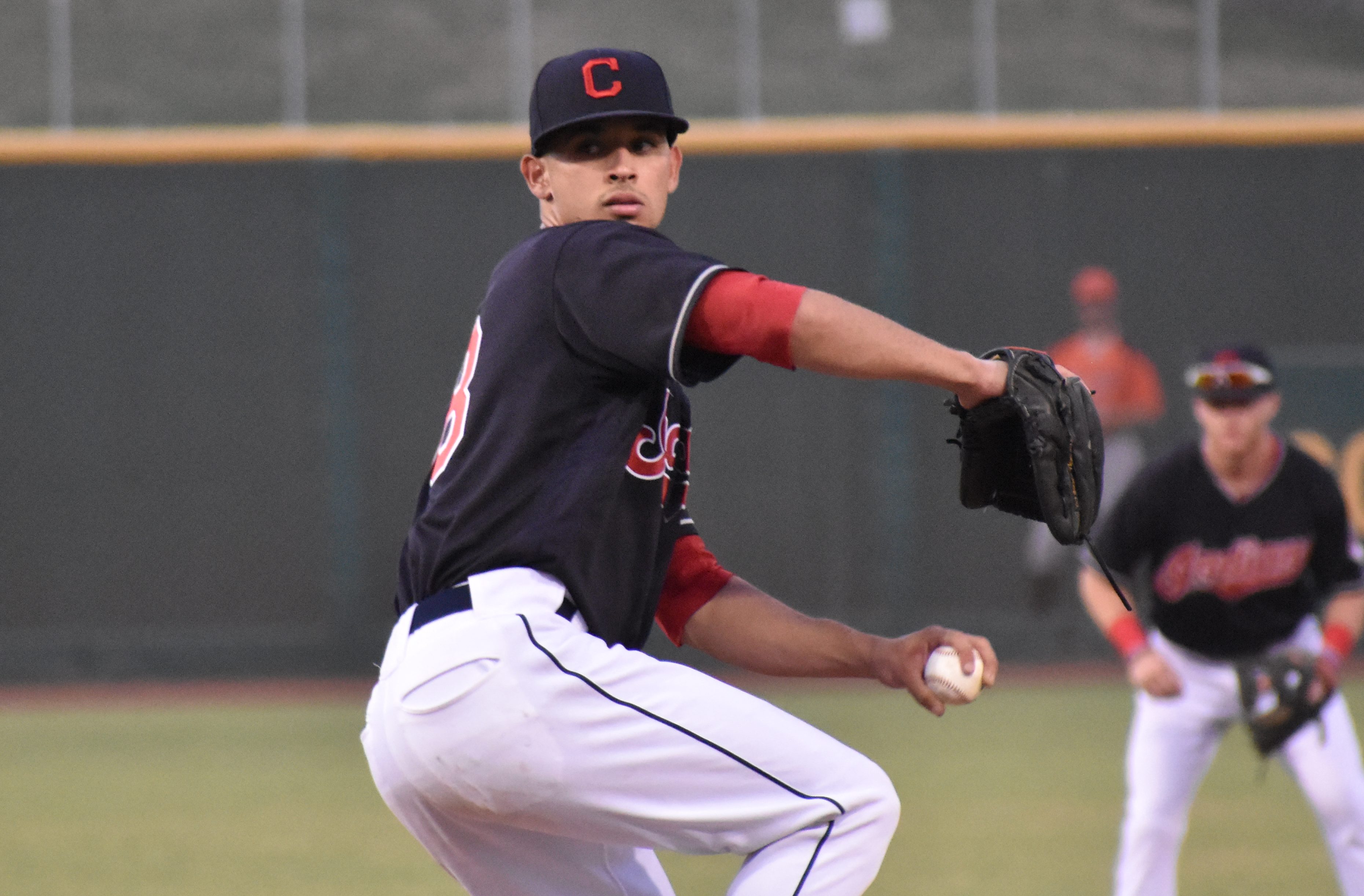 After a couple poor seasons, new blood from the Dominican Summer League and a strong early showing from the 2018 draft has elevated the AZL Indians Blue team to first place in the Arizona League Central (2nd in the whole AZL). The Indians White team is second.

While they lost a couple games to end the last week, a seven game winning streak starting June 23rd that was ended by the Indians 2 team gave them some distance on the rest of the division. Of course, staying there won’t be easy as the team has been depleted somewhat of late. Pitchers Adam Scott, Nick Sandlin and Alex Royalty, all of whom had been performing at a high level, have all been promoted (as have Maiker Manzanillo and Robert Broom from Indians 2). Scott and Royalty were sent to Mahoning Valley while Sandlin, Manzanillo and Broom went to Lake County. This should help supplement already talented relief corps at higher levels, but could harm the AZL teams as they wait for reinforcements from the final signings from the 2018 draft.

Also gone since the last update is Richard Palacios, who was the team’s top hitter as well as outfielder Ronny Dominguez, who was with the team last year. To make up the difference second baseman Wilbis Santiago, Aaron Pinto and Jonathan Lopez have been switched from team 2 to team one and outfielder Cody Farhat has been added from the 2018 draft. A 23rd round pick, Farhat is 3 for his first 11 with the team.

More on the top players of the week to come, but first an injury update. Matt Esparza is currently in Arizona on rehab assignment and has appeared in two games. In his first two inning start, he allowed just one hit with no walks, while striking out four. In his second, however, he lasted just two outs as he gave up three hits, two walks and five runs against the Cubs. He will likely make a few more starts between Arizona before heading back to Akron.

Quentin Holmes remains out with an unknown injury after playing in just a single game on June 18th. Jake Miednik was removed from the game against the Giants Orange on July 7th mid-at bat and was holding his back as he walked off the field.

On a good news front, Raymond Burgos was able to make his next start after leaving the game early on July 1st when he was hit by a line drive on  his non-pitching arm. He did, however, have his worst appearance of his season in his return, allowing three runs in four innings. He had previously allowed just four earned runs over 11 innings. Andrew Lantrip was also finally able to return to the first time since being drafted in 2016. He made his debut against the Reds on July 3rd and has now pitched two scoreless innings with two strike outs and no hits or runs allowed.

Now, onto some recently hot players. First, since we won’t be able to compliment them again here, Alex Royalty and Adam Scott left the AZL with 15 combined scoreless innings, allowing just three walks and eight hits while striking out 27 strike outs. Their numbers individually were essentially just dividing all those stats by two as they had remarkably similar starts.

Cardenas gets into the zone during a 2018 AZL Indians game. – Joseph Coblitz, BurningRiverBaseball

It may have been a short stretch, but for a four game set starting June 26th, Ruben Cardenas was on fire with six hits in 15 at bats including three doubles and two triples as well as two walks. John Rodriguez has been solid all season, but has heated up more recently as, since July 1st, he has six hits in five games including three doubles and five walks. You can tell it’s still really early in the season as he raised his OBP from .357 to .408 in that span. This is his second season and he looks much more comfortable on the field, something that was shown readily when he gave up his body for a catch against the wall in right field on Saturday against the Giants.

Of the pitchers who are sticking around for a bit, staff ace Yeffersson Yannuzzi has been just that. He had his worst start of the year on Saturday, allowing four runs in five innings that were technically relief (rehabbing Andrew Lantrip made the start), but still holds a 2.41 ERA with 27 strike outs and 7 walks in 18.2 innings. It is possible making his first relief appearance stateside had some effect on his command as he walked two and allowed an uncharacteristic two home runs, his first of the year.

Finally, wrapping up is sometimes closer Eli Lingos. Ignore his ERA (as you should generally ignore all bad ERAs in Arizona), this kid is a demon. The 22nd round pick from 2018 has struck out 16 to just one walk in nine relief innings. In his July 1st appearance, he went three innings and struck out seven without allowing a hit or walk, then he earned his first career save next time out with 1.1 scoreless innings. With the primary pair of relievers gone in Sandlin and Scott, Lingos will likely step into a more prominent relief role as the season continues.