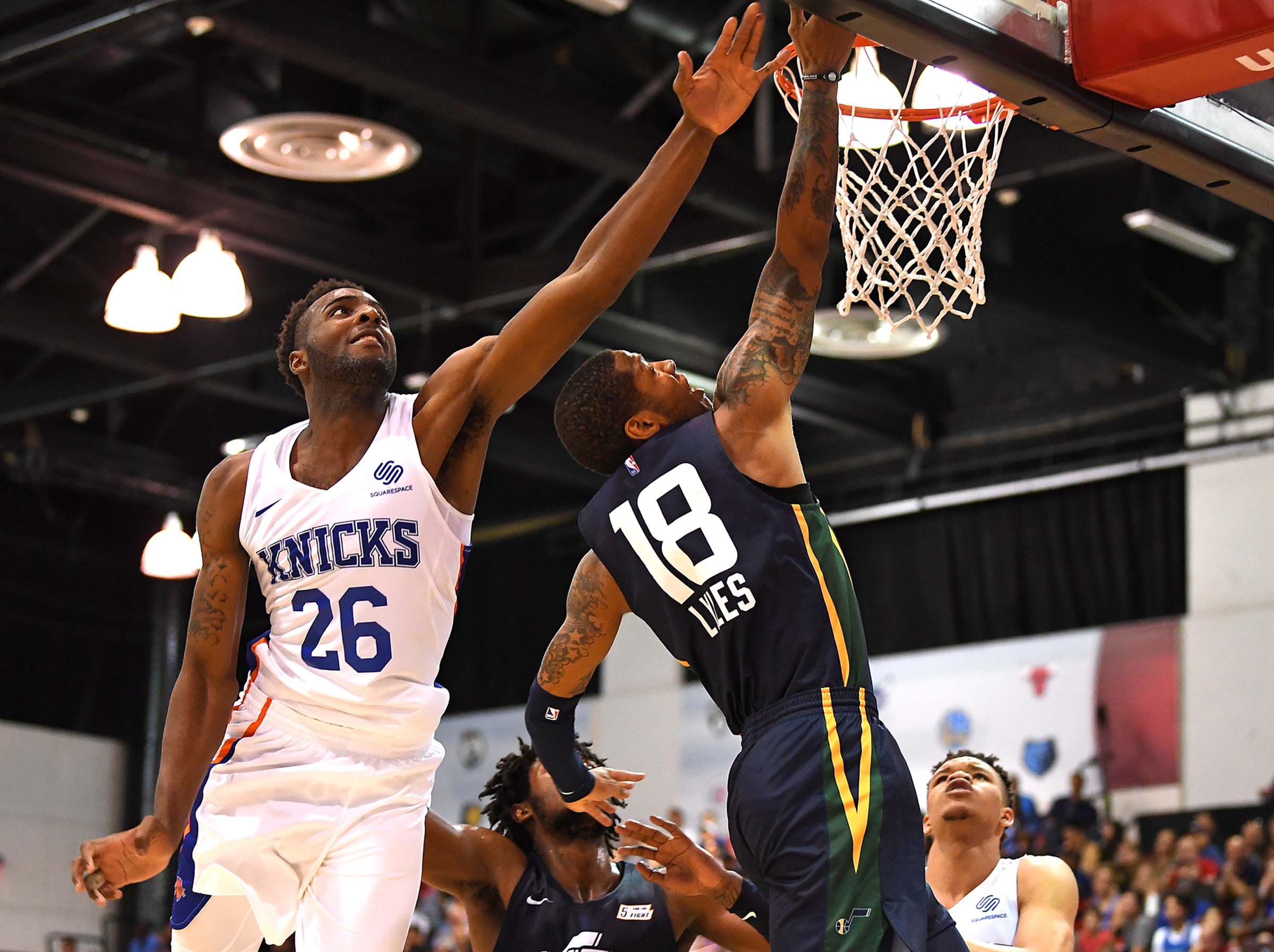 The Knicks fell to the Jazz by a score of 90-85 on Sunday evening. While their hopes and dreams of securing an NBA Summer League tournament victory may be slashed, the important things in Las Vegas go well beyond wins and losses.

Kevin Knox still made the house roar with an electrifying two-handed dunk after jetting through the lane in the second half. He’ll be a human highlight reel in New York, but the Knicks need more. Shooting 5 of 15 on the game, it was clear Knox looked more tentative, shooting from the perimeter with less bounce in his form. He led the way with 19, and although Allonzo Trier added 15 of his own, he too looked overzealous from the field. Following a 4 of 16 night, Trier was more focused on the basket and much less his teammates. Every chance he got, he threw the ball up rather aimlessly. The ball stopped moved whenever it found him beyond the arc, but he was very much out of rhythm.

The good news is that the Knicks received a good feel for the kind of player Mitchell Robinson can be. He’s outrageously physical and is an absolute beast on the boards. After grabbing 11 rebounds (8 offensive), he’s certainly not afraid to fight for second chance opportunities. He cleaned up, adding 12 points along the way. He fouled out, but used his fouls in good places. Robinson isn’t afraid to hit someone or take contact, which in the right situation(s) can be a welcomed level of prowess.

New York was victim to some poor shooting in this one, but if Robinson’s positive impact was any indication, they’ll find success if players keep up the intensity and pursue high percentage looks.