Your Morning Dump... Where if you're not tired of the Kyrie rumors, you should be 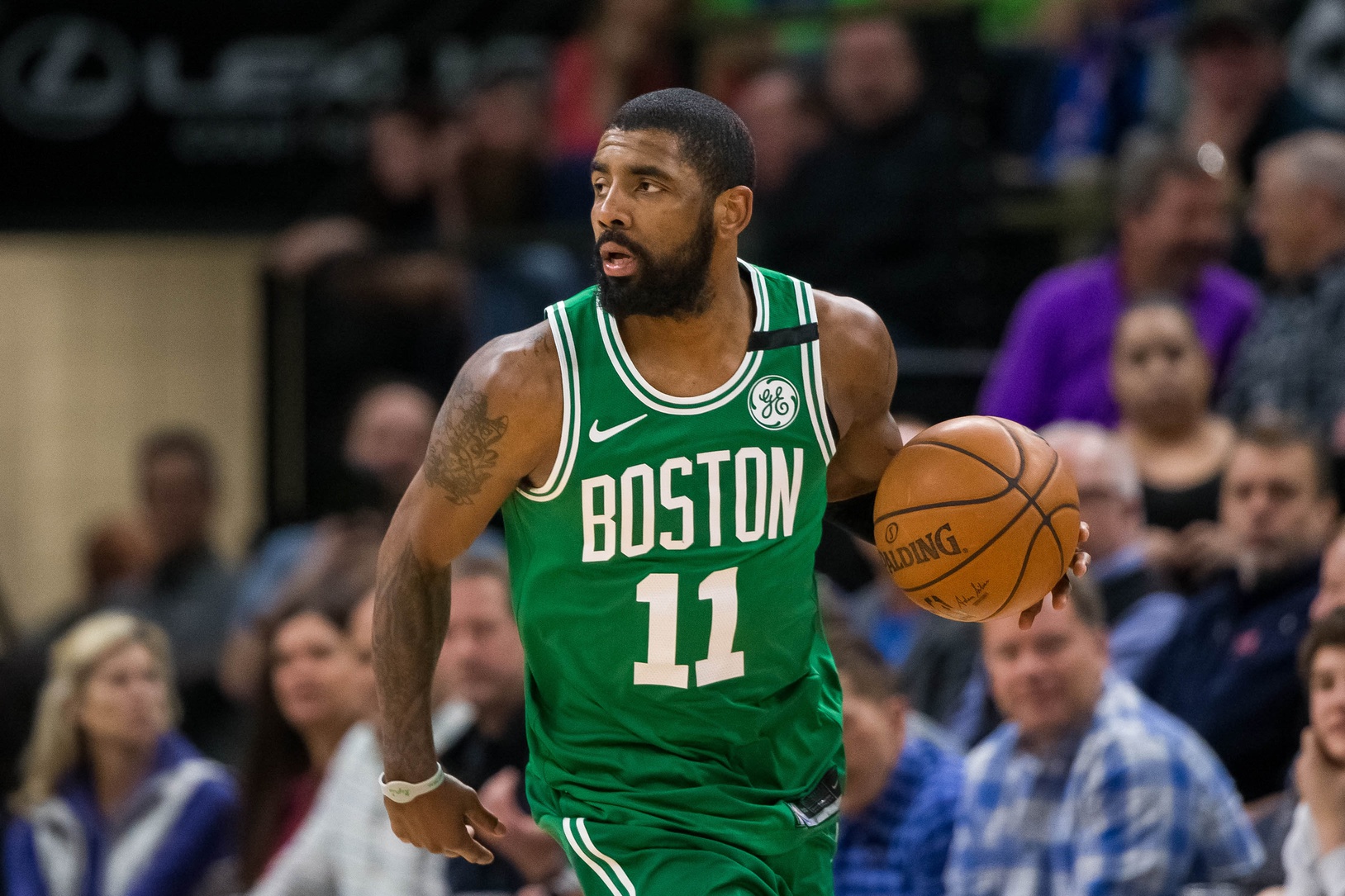 Your Morning Dump... Where if you're not tired of the Kyrie rumors, you should be

AGH! Raise your hand if your tired of the Kyrie Irving rumors! Buckle up ladies and gents, because they’re not going anywhere until he puts pen to paper next summer. The latest rumor in which Chuck touched on, is that Kyrie Irving and Jimmy Butler are looking to play together at some point in the future.

Financially, it would takes some transactional gymnastics to get Butler in Boston and keep both him and Irving after next year.

The Knicks, on the other hand, are positioning themselves to be an active participant in next’s year free agent market. Irving is from Northern New Jersey.

Everything Irving says — and everything somebody’s unnamed source says he said — will be viewed and skewed through the prism of what it might reveal about Irving’s free agency intentions.

For the Celtics it will affect, and maybe already has affected, their approach to trades. Terry Rozier is a great trade chip unless he’s your starting point guard in 2019-20.

The Jimmy Butler and Boston Celtics rumors have been in the news for the better part of the last 2 NBA seasons. At this current point, there is really no way the Celtics can bring in Jimmy Butler without seriously gutting the current roster, which is something I think Danny Ainge would be extremely hesitant to do.

If the Celtics really wanted to make this happen before the summer of 2019, you can almost guarantee Jaylen Brown would have to be a part of the haul. And that right there should be enough for Danny to say thanks, but no thanks. Take a look at Jaylen Brown’s stats from his first 2 seasons.

Pretty good jump for a 21-year-old from year 1 to year 2, and you can logically expect another one.  Now, let’s look at Jimmy Butler’s stats.

Throughout their first 2 respected seasons, Jaylen played better in almost every aspect. He got more shot attempts, shot better from the floor, from 3, and averaged more points both years, all on a team with championship aspirations(I know, I know that 2011-2012 Bulls team was awesome, but Butler was no key piece of that team.) Jimmy Butler was averaging 20 points a game by his 4th season, and that is a trajectory that Jaylen is definitely following and could be there sooner than we know it.

If Jimmy Butler and Kyrie Irving want to play together at some point, you can bet on the fact that it won’t be in Boston. Sure, we all know Ainge’s affection for the Butler type, as his name has been mentioned in rumors involving Boston for the past 2 seasons. At the rate our young guys are developing though, moving a Jaylen Brown who could very well be a Jimmy Butler clone within 2 seasons seems borderline asinine.

Today’s morning dump comes with a little bit of sad news. We lost a beloved member of the Boston Celtics organization just yesterday in Frank Ramsey.

Frank Ramsey, an All-American at Kentucky and a member of seven NBA championship teams with the Boston Celtics, died Sunday. He was 86.

Ramsey’s death was announced by Kentucky, where he was part of the Wildcats’ 1951 national championship team and a three-time All-American. The school said he died of natural causes.

The 6-foot-3 guard was selected by the Celtics in the first round of the 1953 NBA draft and began his professional career one year later. He averaged double figures in eight of his nine seasons and 13.4 points per game for his career. His No. 23 jersey is retired by Boston.

The Celtics said in a statement that the “original sixth man” helped create a legacy of excellence and selflessness that “remains part of the Boston Celtics ethos to this day.”

Frank Ramsey was well before my time, but nonetheless a basketball legend. He lead his Kentucky Wildcats to a National Championship and went on to win 7 NBA Championships with the Celtics. His number 23 is up in the rafters at the Boston Garden along with the rest of them. Some notable former players, along with University of Kentucky (formerly of UMass) coach John Calipari took to Twitter to offer thoughts of remembrance.

I am in shock & deeply saddened to hear of my long time friend & teammate #FrankRamsey passing I had the great pleasure to speak with him often. He won 7 @NBA & 1 @NCAA title & was the 1st true 6th man. He was a great man & father. I will miss him! @celtics @KentuckyMBB @espn pic.twitter.com/X166yw76PD

Just heard we've lost one of the best to ever put on a Kentucky uniform. Frank Ramsey was one of the all-time greats and the original Sixth Man in the NBA. #BBN, please keep him and his family in your thoughts and prayers. https://t.co/AFOr4dsm0C

How good a thing is something that must be proved on the court in the season to come, but Kerr was duly impressed by the Celtics making it to Game 7 of the conference finals without Kyrie Irving and Gordon Hayward.

He believes they are very much in the mix of true contenders.

“No doubt,” Kerr said. “But, again, I don’t think that’s big news. I mean, obviously Cleveland is no longer a threat to win it all. So you look at the East landscape, and Boston, they’re the favorite now.”

The Celtics are also a concern of the Warriors, and for fair reason. The teams have split their meetings in each of the last three seasons, with the C’s bucking the odds and getting two of their three wins in Oracle. Golden State, of course, has been the better team in the larger NBA sense, but the Celts have presented a tricky matchup.

“The last few years they’ve played us well, even before they had Jaylen (Brown) and Jayson Tatum, because they’ve always been really good defensively in the backcourt between Marcus Smart and Avery Bradley and (Terry) Rozier,” said Kerr. “So they’ve given us good games over the years, but this year is different. Now they’re starting to build a modern NBA defense with a whole bunch of guys who can all switch. So their roster looks a lot like ours does, you know, with the length and the versatility, and that’s the toughest kind of team to score on these days. They’ve done a good job.”

Word. Sounds good to me.

Boston.com- What does the summer hold for Bird?