Down in the Dominican: DSL Indians June 27-July 9 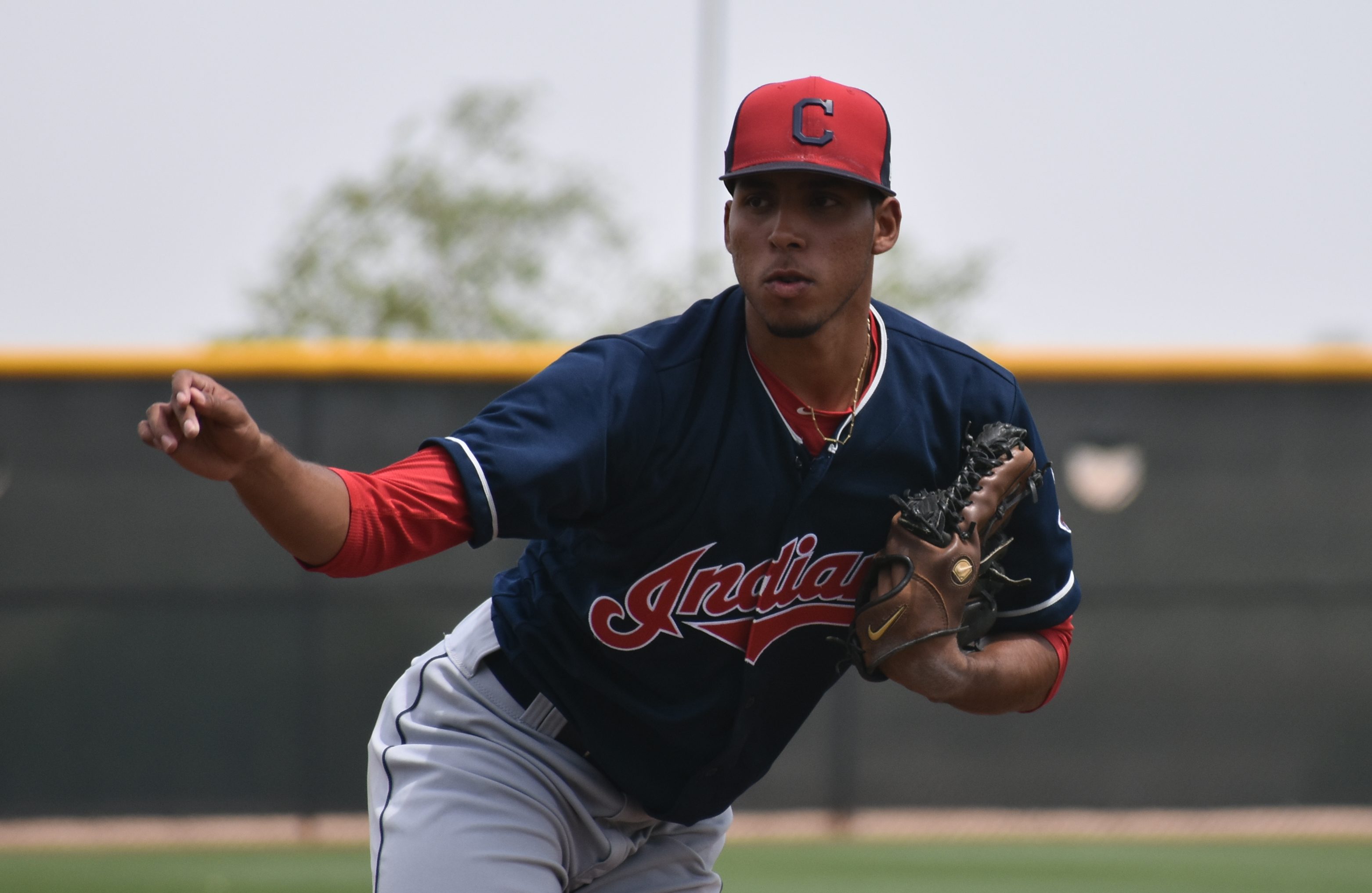 Down in the Dominican: DSL Indians June 27-July 9

The DSL Indians have rallied off a seven game losing streak that has taken them to the cellar of the Dominican Summer League North, also known as second to last place since they play in the same division as their sister team, the Indians/Brewers. But that’s not important now.

There have been a flurry of roster moves at the DSL level for the Indians that began with the promotion of quite a few AZL players to Lake County and Mahoning Valley. Specifically, Jerson Ramirez, Mike Garcia and Brayan Rocchio were all promoted to AZL Indians 2 while Euclides Lopez, Wilfri Peralta and Jeikol Contreras were sent over to Indians/Brewers.

While it may be hard to find too many positives from a team who has lost seven in a row, we’ll start with the two players who were very worthy of promotion. Rocchio was a player we covered some in extended spring training, but at just 17 years old, was sent to the Dominican to start the season. He hit .323/.391/.434 in 25 games there, largely at short stop. He had hits in ten of his last 12 games, totaling 12 hits, one doubles, one triple and two walks. He also stole five bases during this stretch.

Garcia has already made his debut in Arizona with a scoreless 2.2 innings, but in the DSL he was a starter who pitched six innings in each of his last two starts. In those, he struck out four combined, walked three and allowed just four hits with no runs. This lowered his season ERA to 2.05 after giving up five earned runs between his first and third starts.

Ramirez has also had a good start to his AZL career with two scoreless outings, but before that he 15 strike outs, 5 walks and just two runs allowed through 8.2 relief innings in the DSL, earning three saves in three chances.

It isn’t completely clear, but taking Garcia’s spot in the rotation could be the dynamic reliever Jose Oca. Oca made a start of four innings on July 2nd (his first since 2016) and allowed three runs after giving up just two in his first 19.1 innings. Oca has regularly been pitching multiple innings per appearance including his one of four and one of five innings, so the inning load in the start isn’t likely an issue. In any event, his next appearance was in the bullpen, his first single inning stint of the year and his first appearance without at least two strike outs. Overall, he’s struck out 22 to 6 walks in 24.1 innings.

Roberto Hernandez (no not that one….no not that one either) had his worst start on July 4th and is still the team’s most reliable starter with Garcia gone (Luis C. Garcia is still there though). His two runs allowed in five innings came after he started the season with three scoreless appearances (the first two in relief, the next a short start as he lengthened his arm) and he has since allowed three runs in his last nine innings. He remains just over a strike out per inning, a rate that hasn’t fallen despite his change from relief to rotation. Hernandez is a 17 year old Cuban born player signed late last year.

Offensively, Contreras was a complete disappointment prior to his demotion of sorts to the Indians/Brewers, and his departure could mean more playing time at third for 16 year old Jhonkensy Noel, who has split time evenly between first and third. He started the season with hits in 15 of his first 16 career games, but hit an expected slide with an 0 for 10 starting on June 27th. Since then, he’s had three multi-hit games including two doubles and three walks. Most impressively, he stole three bases without being caught on July 4th and has caught four straight after being caught in each of his first two attempts. His recent success has pushed his season line back to where it was with both OBP and SLG over .400.

Catcher, Cesar Idrogo, is in a similar situation where his numbers fell significantly after starting the season with hits in ten games in a row at one point including eight multi-hit games. He hasn’t been slouching, however, and since June 28th he has five hits, four walks, two steals (none caught), a double and a triple.

Derian Perez is in his second season with the Indians and has made dramatic improvements over last year. He missed some time in mid-June, causing his numbers to be a bit behind, but has been playing every day lately which suits him. He has six hits and a steal since June 28th. Since June 25th, he has just one strike out and no walks, so he certainly appears to be a slappy, early count swinger. He has just three extra base hits on the season, all doubles, and is not a threat on the bases.

With all the improvements, there are always some left behind and Jean Montero (in his third year) and Jothson Flores (in his second) continue to lag behind. Montero in particular showed some real promise last year and continues to steal at a great rate, but just hasn’t hit well enough to be considered for Arizona at this point.