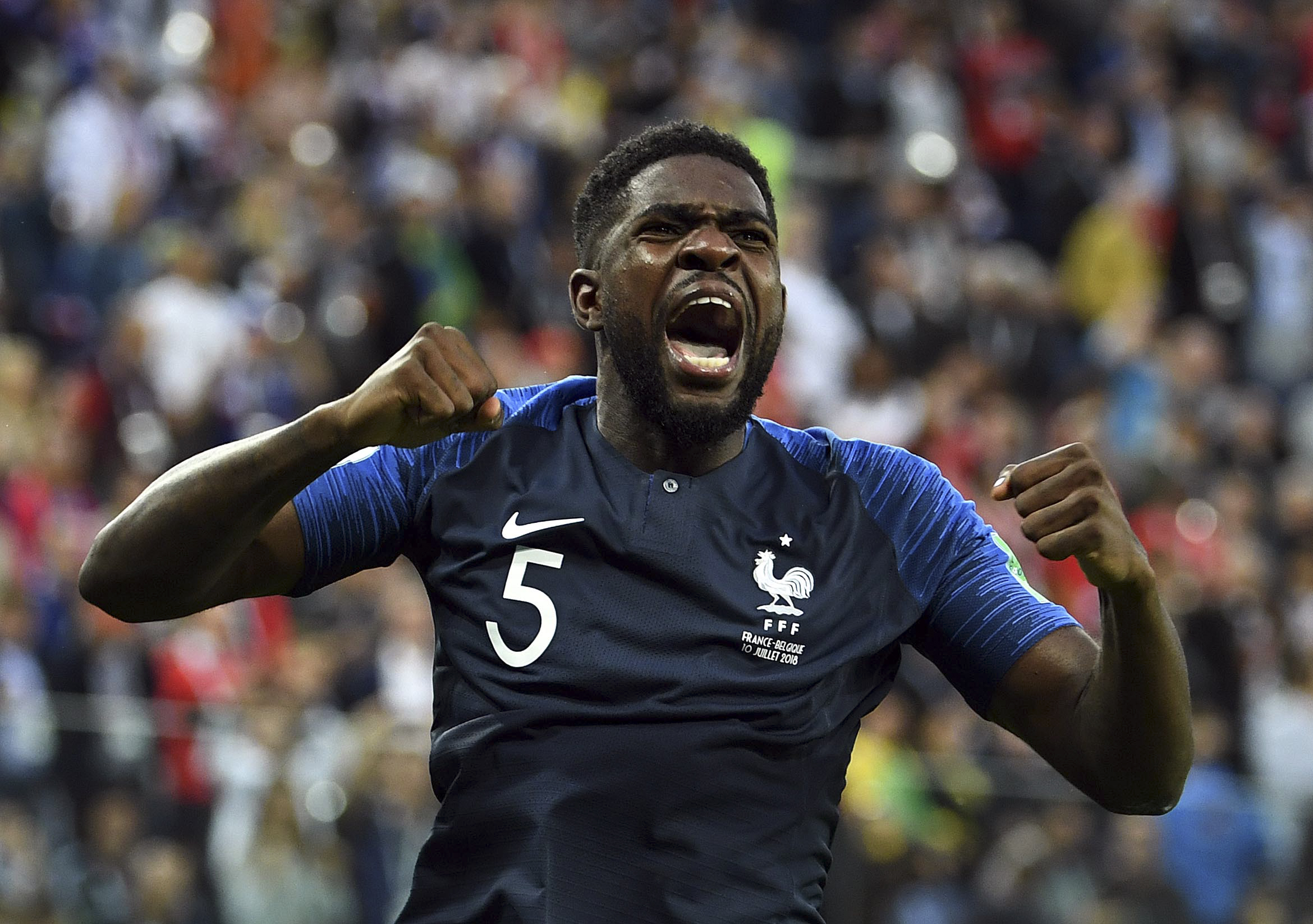 Belgium’s magical run came to an end in Tuesday’s semifinal-round matchup against France, and the game-winning goal came from an unlikely source.

With so many potential goal-scorers in the match, from Kylian Mbappe, to Eden Hazard, to Paul Pogba, to Kevin De Bruyne, it actually ended up being a defender that came up big in the clutch.

France defender Samuel Umtiti got on the other end of a corner kick, and perfectly deflected the ball into the back of the net in the 51st minute with his head.

This stat puts the feat in perspective.

1998 – It's the first time since 1998 that 3 defenders (Lizarazu, Blanc & Thuram) score a goal for France in the same World Cup (Pavard, Varane & Umtiti). Mental. #WorldCup pic.twitter.com/ooKUrAv9aI

France went on to win — punching its ticket to the final — 1-0. What a match.