Two Games, One Sum Up 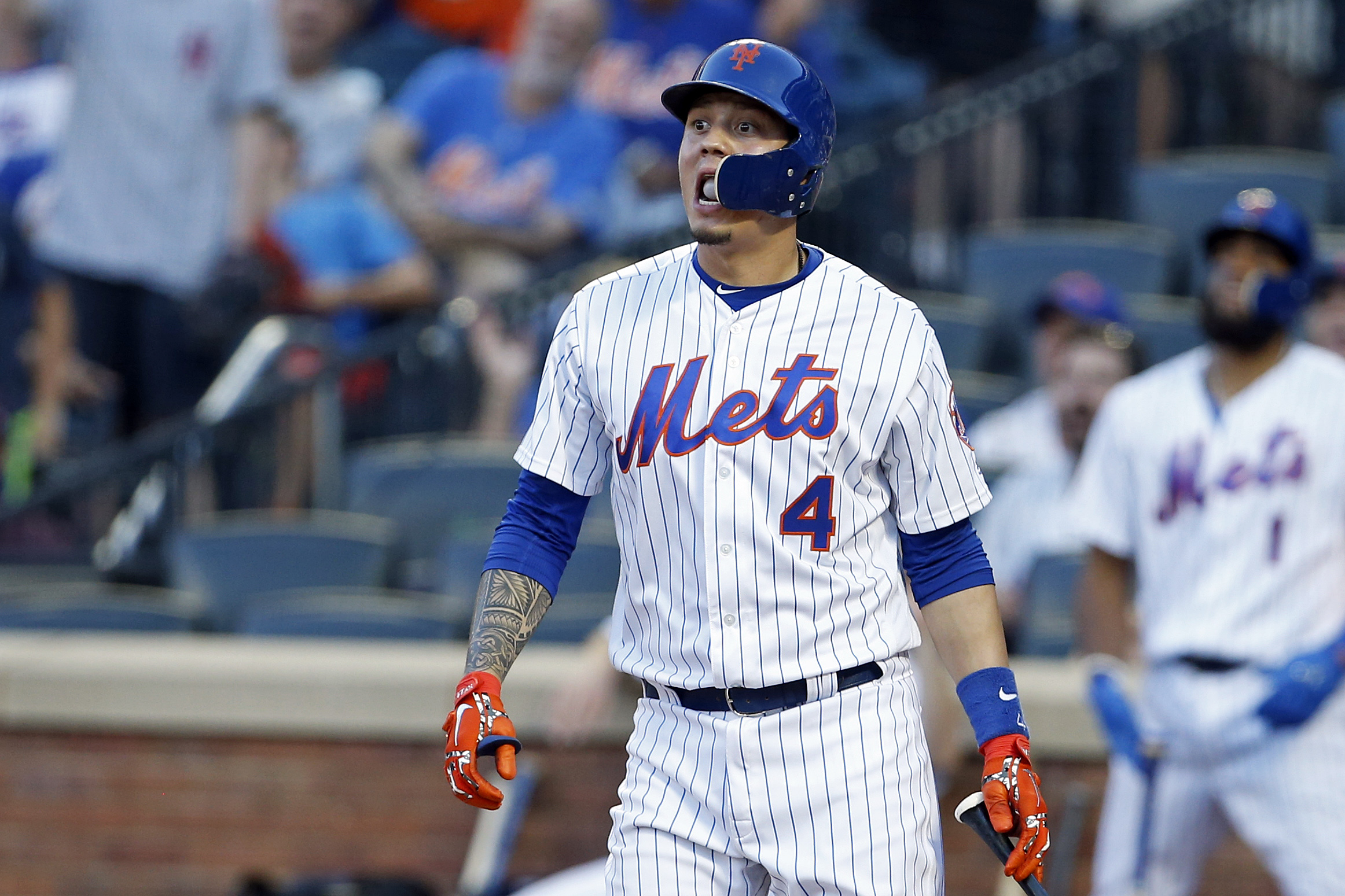 Two Games, One Sum Up

The Mets got to play two games on Monday.

The first one was dominated in long stretches by Keith in the wiffle ball field teaching young kids to hit off a tee. One by one kids would go up there hitting bombs until Keith taught them to hit line drives and then all of a sudden these kids were swinging and missing at a stationary wiffle ball sitting on a tee. Either it’s a generational disconnect or there’s absolutely no hope for the future.

Wilmer Flores was probably hit by a pitch in the tenth inning of game 1 of the DH, but the umpire ruled that he wasn’t hit, and replay was as incolclusive as the video of the second spitter. So Flores got another crack at it, and he rang one off the foul pole for a 4-3 ten inning victory. Flores now has more walk-off RBI than any Met in history.

I don’t die on many hills, but I really think Flores deserves one full season at one position here in New York before a definitive decision is made on him. I honestly don’t know if he’s the next Murphy or Turner. But if he never becomes that, let it be of his own doing and not because the Mets have no idea how to handle or deploy a player that they’ve had since he was 16 but somehow still think he can score from first on a double. So no, I don’t trust whatever their assessment of Flores is. The Mets have stuck with him for this long, it would be a shame (or just Flushing Typical) if they were to let him go just before his prime years to watch him blossom into a legitimate power/average hitter.

In Game 2, Wilmer Flores had another big hit in the final inning, but it was akin to this:

LeBron James with the chase down block on Kevin Durant!!

Kuzma gets the rebound

Kuzma throws an outlet to Lonzo

Corey Oswalt gave up one hit in six innings. Unfortunately, it was a three run double to the opposing pitcher. Nola not only provided the offense, but he also gave up one hit to his opponents who would be better served getting instruction from Keith in the wiffle ball field than from getting whatever instruction they’re getting now. Nola’s seven innings and three RBI were the death knells in a 3-1 nightcap loss. Six and a half hours of fun ending in nobody being better off at the end than from the start. (Not even the kids that got hitting tips from Keith.)

Tomorrow, somebody named Drew Gagnon starts for the Mets. “Gagner” in French means “to win”. In Flushing, “Gagnon” probably translates to “Alice in Wonderland Syndrome” or “Pica”. Two illnesses that will most likely land him on the disabled list now that he’ll wear a Mets uniform. Sorry Drew, it’s written in the stars.