Francisco Lindor and Jose Ramirez love copying each other 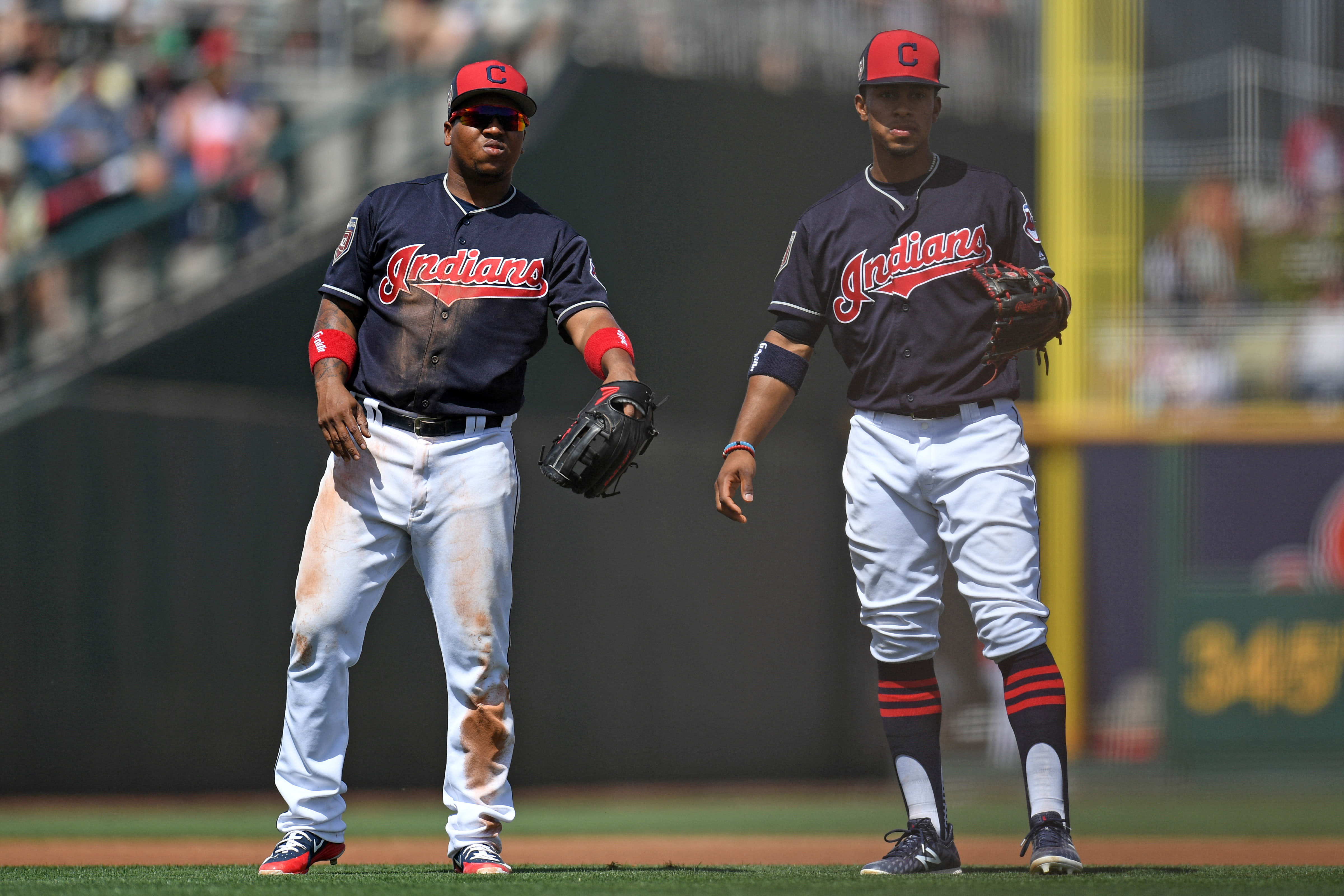 Francisco Lindor and Jose Ramirez love copying each other

Among all MLB teams currently holding a playoff spot heading into Wednesday’s action, the Cleveland Indians hold the worst record with a mark of 49-41. They appear all but assured of another trip to October, though, thanks to an incredibly weak American League Central.

After all, it’s hard to envision them not making the playoffs since they’ve built up an 8.5-game lead and are the only squad in their division with a record above .500.

The bullpen has been a glaring weakness for a team that’s thrived on elite pitching, but the starting rotation has been picking up the slack. Corey Kluber, Carlos Carrasco, and friends have produced a 12.1 fWAR thus far in 2018, with the Houston Astros (14.1) the only ones ahead of them.

However, the offense has also been doing some heavy lifting. Their 105 team wRC+ is among the top 10 in baseball. It’s interesting because they’re being led by what would’ve seemed to be two unlikely superstars (with the bat, at least) just a few years ago: Francisco Lindor and Jose Ramirez.

They’re both among the top 10 in wRC+ when looking at qualified hitters, and they’ve also made it a habit of going deep during the same game.

Francisco Lindor and José Ramírez each went deep in the bottom of the first inning tonight.

According to @EliasSports they have hit a HR on the same day 10 times this season, most by any pair of teammates in MLB. pic.twitter.com/qIkE2VL33z

The emergence of power for both of these guys is rather incredible. They registered new career-high marks in home runs last season (29 for Ramirez, 33 for Lindor), and it won’t be much longer before they surpass it.

Each of them are among the league leaders in dingers, with Ramirez blasting his 25th and Lindor slugging his 24th on Tuesday night. They’re also the only infield teammates to be in the top 10 among qualified hitters in homers, ISO, wRC+, and fWAR.

Pitching will always be key for Cleveland, but it’s not outrageous to think that the team will go as far as these two can carry them on offense.