Inside the money, Part 1: Jack Johnson's contract vs. future production 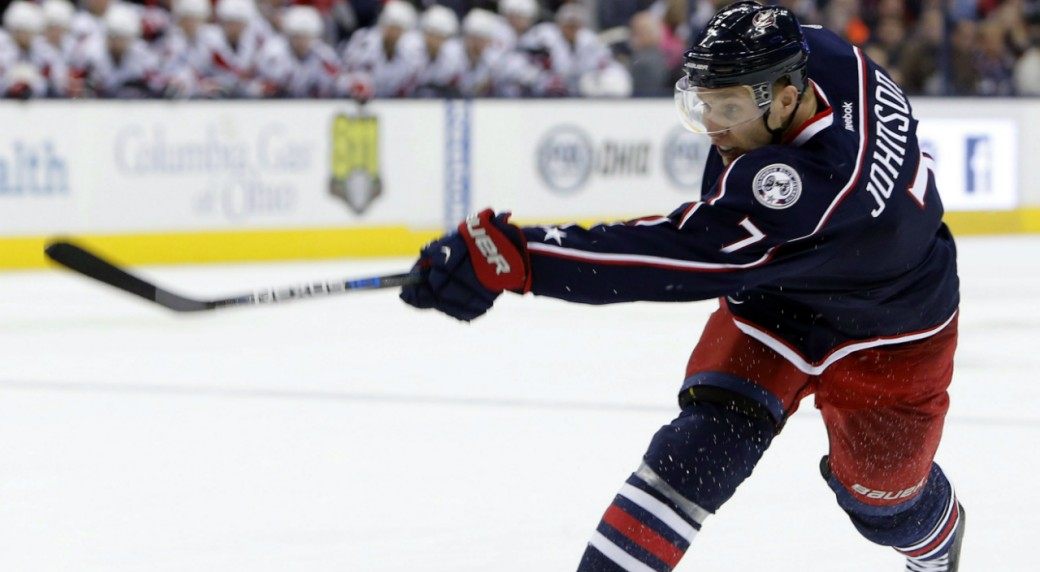 Inside the money, Part 1: Jack Johnson's contract vs. future production

It’s been ten days since defenseman Jack Johnson signed with the Penguins for $16.25-million over the next 5 years. The transaction was universally panned even before the ink dried on his contract.

This is the worst thing we'll see all day and that's including the Reaves contract. pic.twitter.com/TMIEFr8vVF

At the risk of repeating what has already been stated about Johnson, I wanted to find reasons for this inexplicable move by the Penguins.

First, given the surprisingly long term and equally surprising dollar amount of the contract, was there actually a multi-team bidding war for an underwhelming defense-first 31-year old defenseman? We know Columbus had no further interest in him. Montreal allegedly was a “stealth destination” for Johnson and Anaheim had interest – but at the trade deadline.

Seriously, the Penguins offering five years seems like throwing a depth charge into a pond lacking big fish when a few worms would have been sufficiently effective bait.

But what’s done is done. Who can blame Johnson for signing that contract? If Jim Rutherford stuck his swollen, wrinkly sack in your face – i.e. the Burkle-Lemieux money sack – you would enthusiastically sign up as well. So the second and more important question is: what does Jack Johnson need to achieve to justify his contract with Pittsburgh?

goals above replacement vs. salary

To answer this question objectively and to keep things simple, let’s use a catch-all statistic. Recently, Chace McCallum developed his version of goals above replacement (GAR) to estimate overall player value. Since most experts peg 5.1 to 6 GAR as equivalent to 1 WAR, the conversion between goals and wins above replacement is quite simple. Indeed, GAR and WAR, the latter developed most notably by War-on-ice, Corsica and DTMAboutHeart, estimate the value in goals or wins a given player brings to his team relative to a replacement level player, i.e. a freely available, minimal-cost player straddling the line between the NHL and AHL.

Therefore, our question becomes: how many GAR does Jack Johnson need to produce taking into account his salary?

We know Johnson’s annual cap hit is $3.25-million from 2018-19 until 2022-23. We need to calculate the cost of GAR to then determine how many GAR Johnson should yield at his salary.

replacement level & cost of gar on the open market

If Pittsburgh wants to contend for the Stanley Cup, they should shoot for a top-8 finish in the NHL as all Cup winners from the past five seasons had team win totals among the top-8. The average number of top-8 team wins was 50.

So our replacement level team of Zatkoffs, Trotmans and Hayeses needs to add 25 wins to reach serious Cup contention status. With next year’s salary ceiling set at $79.5-million, we have $64.55-million to purchase talent above replacement level. Divided by 25 wins above replacement, that works out to $2.58-million per WAR. Let’s use an exchange rate of 5.1 GAR per WAR.

Our raw price per GAR equals $506,275. This assumes that the price of goals in all contracts (entry-level, RFA, UFA) is identical, which is clearly not the case. If we estimate the price of acquiring a UFA defenseman on the open market to be about 30% more expensive than the average salary, then the cost per GAR equals $658,160.

Johnson’s last three seasons have produced GAR/82 values of 3.0, 3.5 and -0.2. Let’s create a weighted GAR/82 score giving higher precedence to his most recent season. By assigning a 50% weight to 2017-18, 33% to 2016-17 and 17% to 2015-16, his three-season weighted GAR is 1.57. The numbers confirm what most observers subjectively believe: the Penguins overpaid substantially for Jack Johnson – signing him for over three times his recent value in terms of goals above replacement per 82 games.

Unfortunately, like all players, Johnson’s production will also likely decrease due to age-related decline. We won’t go into any further math but the curve of the graph shows that once a player reaches the bad side of 30 years of age, performance generally declines.

It’s disheartening that with so much more information available to NHL teams, much of it free of charge in the public domain, an inefficient market still exists in free agency. Defensive-minded defensemen are overpriced relative to their intrinsic value. Players who “log big minutes of ice time” seem to be rewarded even if they have a negative impact in those minutes.

Even so, the familiar counter-charge is true: hockey is not played out on a spreadsheet. Superior Pittsburgh defensive coaching, superior teammates and placement in a lower pairing, all should contribute to Johnson improving upon his mediocre final season in Columbus.

Which leads to another question: why did the Penguins overpay for a player when other better alternatives were available for a lower price?