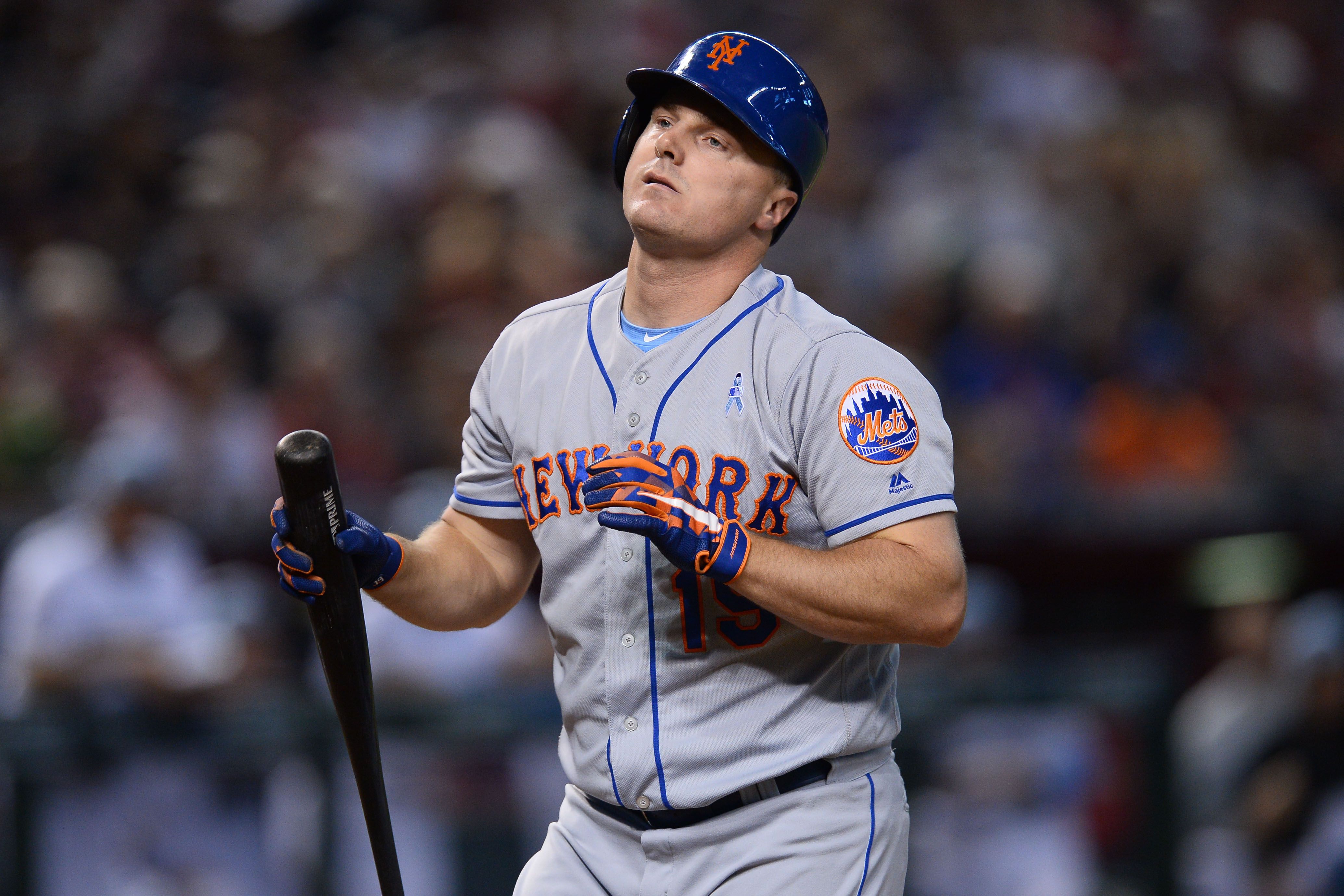 If you were hoping for Jay Bruce to provide a spark to the New York Mets’ bad offense, you’re going to have to wait a while longer. Bruce, who had just started baseball activities late last week, was shut down until after the All Star Break after experiencing more pain in his sore hip, Zachary Ripple of the New York Daily News reports. Mets’ manager Mickey Callaway told reporters prior to yesterday’s 7-3 loss to the Philadelphia Phillies that Bruce was prescribed rest over the weekend, and that he was already two days into his rest period. Bruce contradicted his manager when asked about his situation by the media later, telling the press that he received an injection into one of the facet joints in his back to try and reduce the soreness there.

There are two big takeaways from his news. The first is that the fact that Bruce has a back issue that is impacting his hip, and back issues in pro athletes are very tricky. If the Mets’ doctors can’t get Bruce’s back right, they will probably never get the player they thought they were re-signing over the winter. With the season over in everything but name, it makes sense to try and get Bruce fully healthy so he can help next season. It’s nice to see Bruce actively trying to get back in the lineup and updating his status to the press, which has not been the case with other outfielders on this team.

The other issue is that the Mets again are withholding injury news from the media. Callaway admitted that the Mets shut Bruce down two days prior to revealing the setback, and to make matters worse he didn’t admit that Bruce received a pain killing injection in his back. Ordinarily, you could simply chalk it up to forgetting to mention either detail, but missing both seems awfully close to covering up something to try and keep the media from hammering them for bad medical treatment. The Mets have already done that earlier this season, when they weren’t going to reveal Jason Vargas’ calf injury until questioned by WFAN’s Ed Coleman the day before his next scheduled start. Despite a complete overhaul of the medical department, the Mets have continued to display more of the dysfunction that has made them the butt of jokes for the last few years.