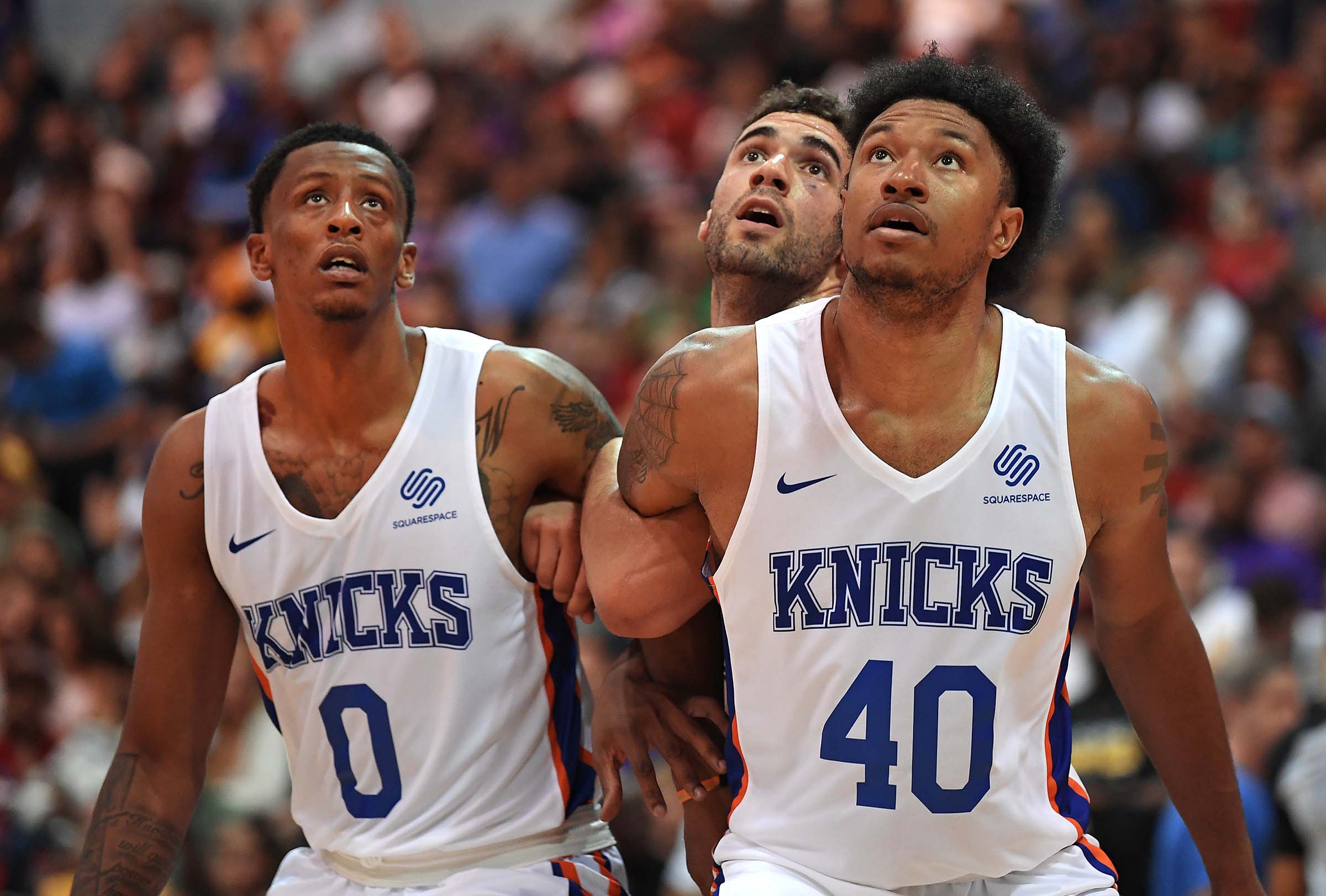 Following his 29 point performance on Tuesday night, Kevin Knox continued to turn heads at NBA Summer League. The 18 year old has been soaring to heights not many thought possible this early in his professional career. Though certain things should be taken with a grain of salt in Las Vegas, his progress is impressive. The forward knocked down five long balls and attacked the lane, helping the Knicks come back from nearly twenty points before falling short of victory in the end.

Knox may be stealing the headlines early on, but the Knicks are just starting to scratch the surface with him. All the while, Troy Wiliams’ ability to contribute next season is coming clearly into focus. The forwarded added 15 points, 3 assists, and 2 steals against the Lakers and was a key figure in New York’s run for the victory. The group slowed down in the second half, but Williams paced the collective effort in the first, going toe-to-toe with Josh Hart, even knocking him to the ground a couple of times and preventing easy buckets. Whatever Hart did early on, Williams attempted to match it.

Williams is an athletic flying freak who slammed down a couple of dunks on Tuesday. He knocked down two three point field goals, much to the crowd’s delight. New York received a glimpse of such prowess at the end of last season, but it’s been Williams’ defensive tenacity which has been especially impressive. He hustles his butt off and hasn’t been one to take it easy in Las Vegas. He understands what this opportunity means and is making the most of it, averaging 13.3 points on 50% shooting in just 19.6 minutes per contest.

As the Knicks embrace its youth, Williams could be someone who makes a real impact during the coming campaign. He already has a fan in David Fizdale, who coached him previously in Memphis.

As this plethora of youngsters takes time to come into their own, it wouldn’t be surprising to see Williams emerge as someone this team can depend on to eat up some meaningful minutes along the way. His athleticism is awing and the potential is intriguing. Following a couple of seasons under his belt with a mix of NBA and G League experience, perhaps he’s ready for a bigger opportunity.