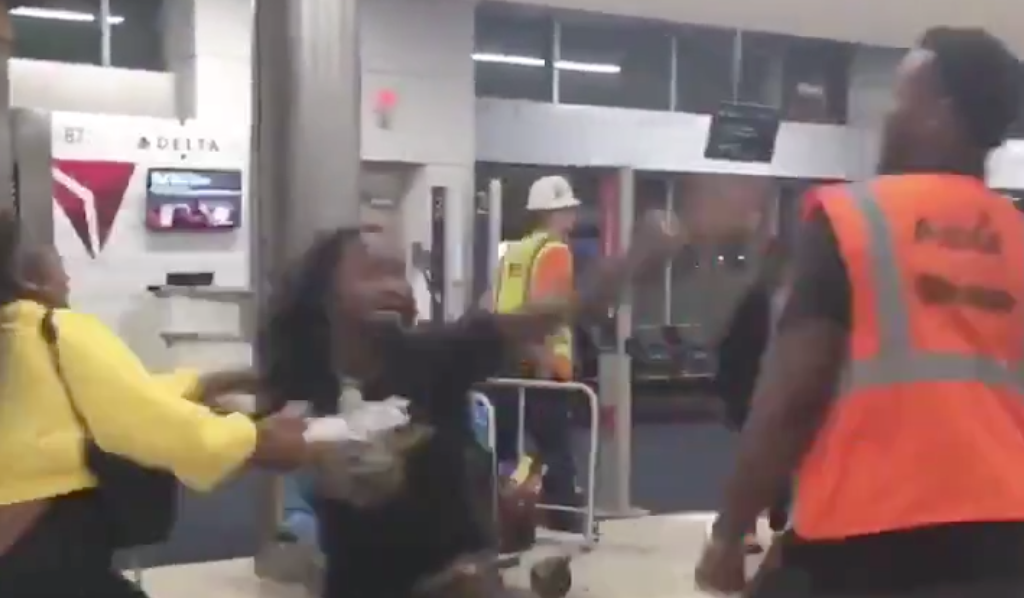 Free agent cornerback Adam “Pacman” Jones was at it again on Wednesday, and this time, it wasn’t an off-the-field incident that took place at a strip club.

No, instead, this particular altercation happened at an airport in the Atlanta area, but it was still quite crazy.

Jones was at Hartsfield-Jackson Airport on Wednesday, when an employee, wearing an orange vest, said something to the woman with Pacman, and it didn’t sit well with him. The employee then squared up with Jones, and a fistfight broke out in the middle of the airport.

Jones is currently a free agent, as the Bengals elected not to pick up their option on him for the 2018 season. This video certainly won’t help his chances of being signed by another team.