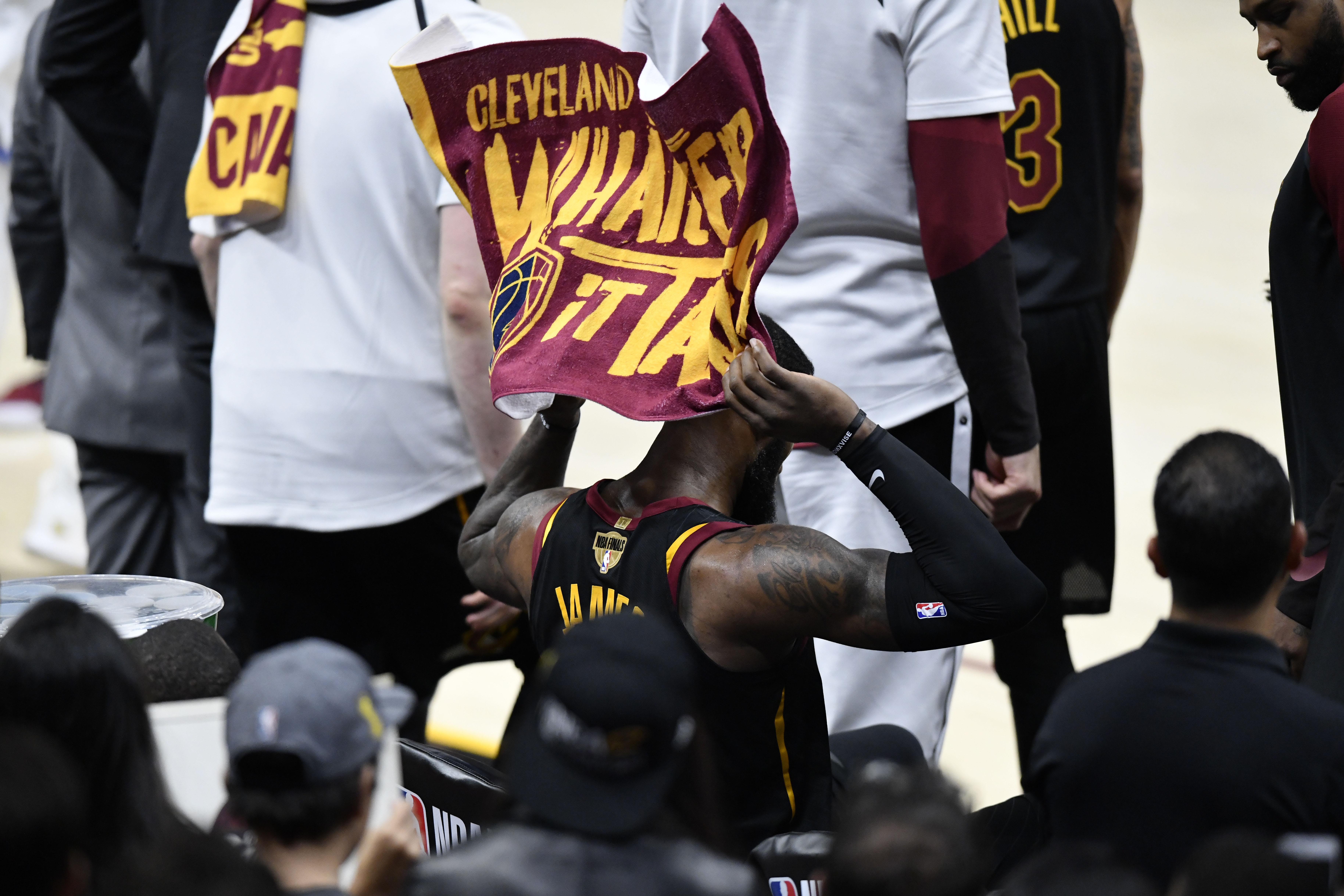 It’s been a week since the iconic banner of LeBron James was removed from the wall of the Sherwin-Williams Global Headquarters in downtown Cleveland. Much like in 2010, the Akron-native’s departure has left the Cavaliers organization in a state of flux. Once again, the face of the city has left a blank space far larger than the one filled by his poster.

This time, however, the breakup was a little less bitter. Since his triumphant return to Cleveland, he led the Cavs to the NBA Finals every year, and brought them their first NBA Championship in an unforgettable 2016 Finals. The first time he left, videos of fans burning his jersey dominated the internet. Now, it’s images of thank you notes.

The attitudes of Cavs fans toward their departed hero isn’t the only thing different this time around. No, regular Finals appearances won’t likely be in the cards anytime soon for this franchise, but we shouldn’t expect a repeat of the abysmal 2010-2011 season (the first in the post-LeBron era for Cleveland, when they went 19-63). Let’s look back at that dreaded season: the Cavaliers leading scorer was 34-year-old Antawn Jamison (18.0 ppg). Along with Jamison, Anderson Varejao, Mo Williams, Anthony Parker, J.J. Hickson, Daniel Gibson, Ramon Sessions and Baron Davis all averaged over 25 minutes per game that season (though it should be noted that only Hickson, Parker, Gibson and Sessions played in more than 56 games that year).

Not only do the Cavs have far more talent this time around, but their trade assets are more valuable as well. At 29 years old, Kevin Love still holds value on the market as a solid rebounder and stretch-four with an outside shot. If Cleveland decides to hold onto Love, it is almost certain that he will be the first-option on offense and primarily work in the post, whereas he was often relegated to the corner in LeBron’s drive-and-kick schematic.

Many teams in the league would kill for a proven player like Kevin Love. Though he may not provide the numbers he did while in Minnesota, they should certainly improve without LeBron in the mix for touches.

Cleveland didn’t have to tank in order to draft a lottery talent (earned 2018 Nets pick in the Kyrie Irving trade), and grabbed Alabama point guard Collin Sexton with the eighth pick in this year’s draft. Sexton was a safe pick with a high-floor, but what I like even more about him is his intangibles. He has an unbelievable energy and competitive drive that was apparent immediately in college. For a Cavaliers team that often was accused of being lackadaisical and sluggish, Sexton is just the player who could begin to change the environment of the locker room in a positive way.

The mid-season additions made by the Cavaliers may have looked awful against the Golden State Warriors, but the Warriors make practically everyone look terrible. Koby Altman’s masterpiece of a deal allowed Cleveland to offload a boatload of wasted space while earning back some solid players in exchange.

Rodney Hood provided 16.8 PPG for the Jazz up until he was traded, and showed flashes of his talent in their most recent playoff run. He’s currently a restricted free agent, but Altman has been clear about his intentions to re-sign the 25-year-old wing.

Larry Nance Jr., also 25, is an athletic and explosive forward who was dominant at times this season, but was a liability switching against quicker guards. A dominant rebounder at only 6-foot-9, Nance is a prototypical center in today’s NBA, and could take some of the pressure off of Kevin Love to fight for rebounds. Unlike Tristan Thompson, Nance can push the ball in transition and make plays on the offensive side of the court. Per-36 minutes, Nance averages 1.8 assists to Thompson’s 1.1, with a lower turnover rate as well.

Ante Zizic, 21, and the only remaining player from the Kyrie Irving trade with Boston has made headlines with a strong start in Summer League. This past season, Cedi Osman, 23, showed himself to be a high-energy wing on both sides of the ball. The young talent on this Cavaliers roster has a lot to prove, but are highly motivated to do so in the absence of the NBA’s top star.

The most daunting question for the Cavs looking forward lies in finding their identity as a team. Right now, they may seem like a mess of traded pieces. Sexton will need to become a leader sooner than most rookies. Their offense will need to rely on more movement and cuts, now without the luxury of having the world’s best player drawing all of the defense’s attention. Whether the current roster has the ability to do so remains unseen.

During the playoffs, many suggested LeBron had dragged an abomination of a roster to face Golden State, perhaps the worst supporting cast ever to win a Conference Finals. The players who remain in Cleveland will certainly be eager to prove otherwise this upcoming season.This is a clean slate for the Cavaliers, who have the opportunity to build a culture that is more than just “LeBron’s team”. The success will not come immediately but there are absolutely things to be excited about in Cleveland — and we shouldn’t be shocked if they outperform expectations.