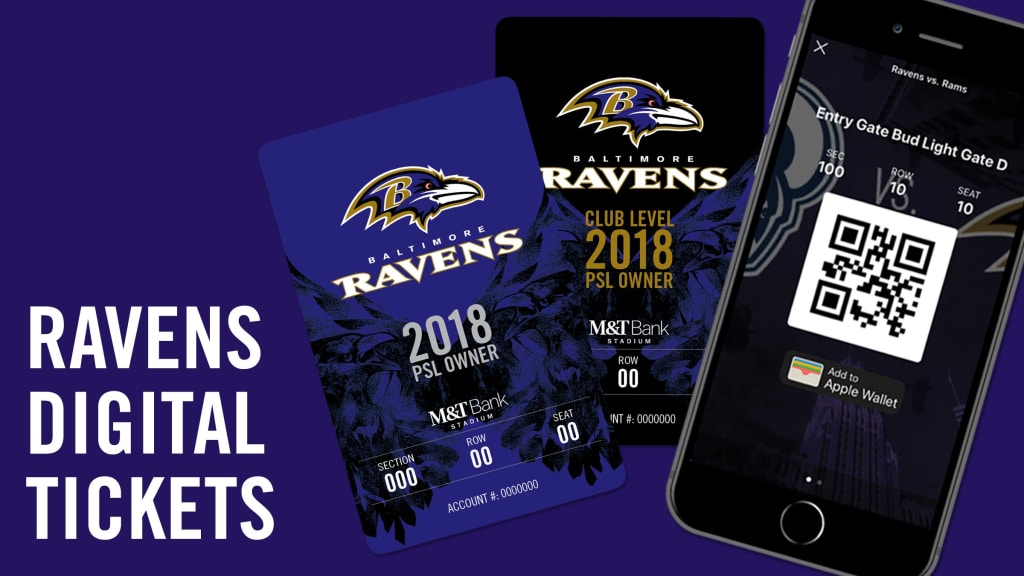 When I first heard of the new digital ticketing mechanism available to Ravens season ticket holders this season, my reaction was “that sounds like a cool option.” Then I found out it’s not exactly an option—in fact, it’s mandatory!

In a nutshell, here’s the deal:

Beginning with the 2018 season, traditional paper season tickets will no longer be used to attend a Ravens home game. Instead, the following two methods of entry can be utilized:

Fans may access tickets via their smartphone by using the Ravens Mobile App. (When using the app, fans can also make a digital transfer of tickets to a guest, or tickets can be sold directly through the app.)

What could possibly go wrong?

Here’s what, according to season ticket holder M.C. Fox:

“I am an original PSL holder and have attended games at M&T Bank Stadium since 1998.
I AM LIVID AND OUTRAGED BY YOUR CHANGE IN RAVENS GAME DAY TICKETING DEPRIVING SEASON TICKET HOLDERS OF PAPER TICKETS!
How can you do this to loyal longtime fans!
Now, to enter the stadium, I must either use a smartphone (which I may not have and even if I do, which may have a dead battery without a paper backup, like an airline boarding pass) or plastic cards loaded with tickets to all games (which risks loss of ALL tickets for ALL remaining games)? NO THANKS!!!
Now, to sell or transfer my game day tickets I must do so electronically to a buyer/transferee who must have an electronic device, be willing to provide me an e-mail/phone number and be willing to take them in non-physical form (which does not permit gifts in an envelope, or sales to a friend of a friend or an impromptu buyer)? RIDICULOUS!!!
THIS CHANGE SUBSTANTIALLY LESSENS THE VALUE OF MY PSL BY LIMITING THE MANNER OF TICKET USE AND TRANSFER! But, of course, you know that.
It is also absolutely MISLEADING TO CALL THIS A TICKET OPTION! The Ravens, unlike other teams, appear to have made this change mandatory. Why would you not continue to make paper tickets available? Other teams, like the Green Bay Packers, rolled out this mobile ticket OPTION and continued to make printed tickets available. THAT’S HOW AN OPTIONAL FEATURE WORKS!!! Why would the Ravens treat their fans with less consideration than other teams?
Consider this my expression of complete DISGUST AND DISAPPROVAL with your financially damaging and completely inconsiderate change in game day ticketing policy.
ANYONE WANNA BUY MY 3RD ROW ZONE B PSL/TICKETS?”

William Redding is another loyal Ravens fan with a digital beef:

“I am truly upset with the going to digital on the tickets! I have a display shelf with all of the tickets from the games I and my wife have been to. I write a brief synopsis of each game and put it next to the tickets in an acrylic display frame. What, now I have to encase my phone in acrylic? I do not own a PSL, because by the time I moved here they were sold out, and now I can’t afford one and get the season tickets and the parking and all of the other stuff. I WANT MY TICKET STUB!!!!!!!!!!!!!!!!!!!”

The old sayings may be true…like the one about “the best laid plans of mice and men are often led astray…”, or “the road to hell is paved with good intentions…”