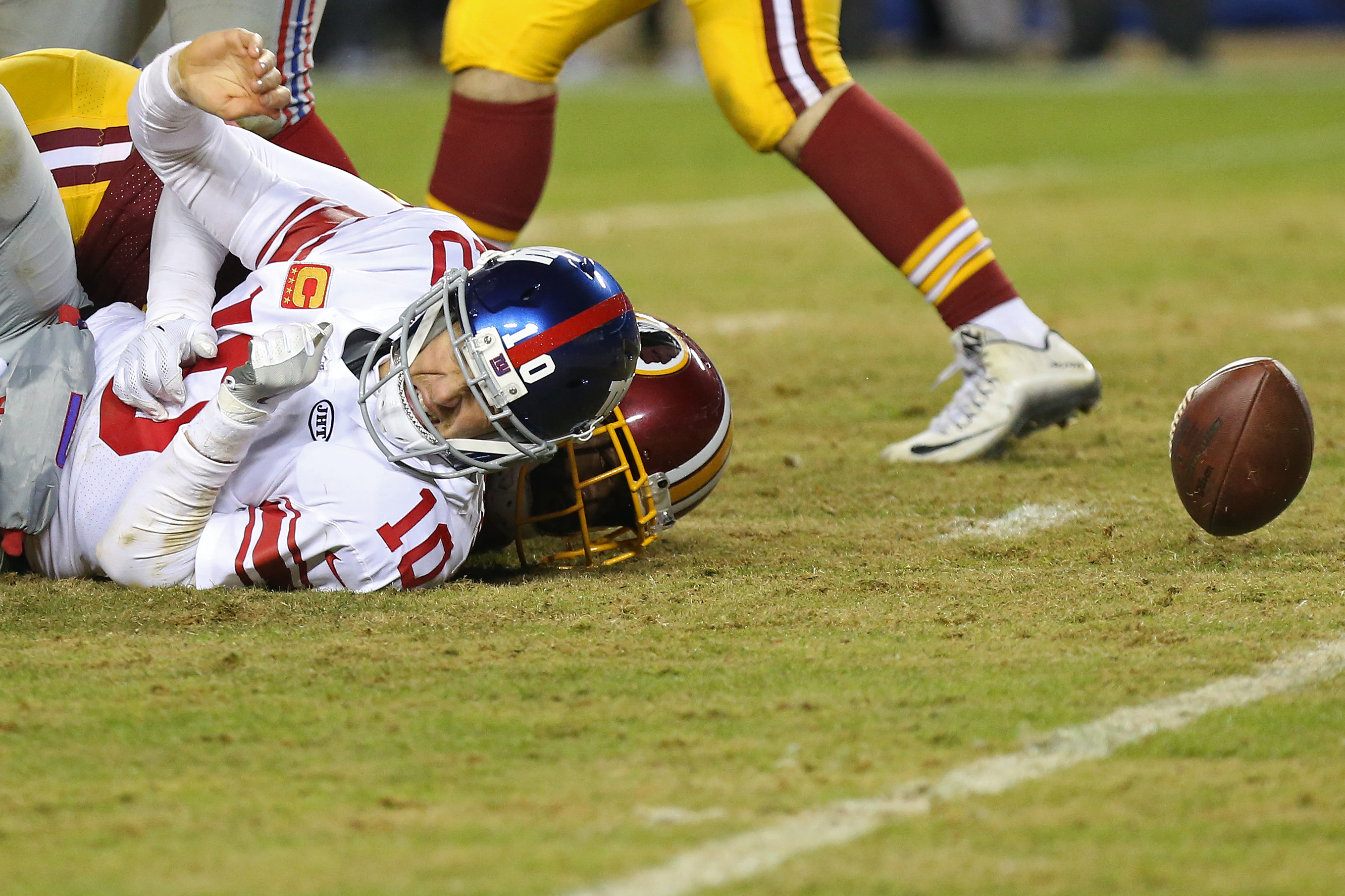 Each season, the NFC East is one of the toughest divisions in football to figure out. That’s probably why a different team wins the division every year.

The last team to repeat as division winners was the Philadelphia Eagles all the way back in 2003 and 2004. That’s hard to believe. It will also be the Eagles who try to accomplish the feat again this year.

For the most part, we know what we’re going to get out of the Eagles, right?

Carson Wentz will be back and the team hasn’t lost many key players from its Super Bowl run last year. It will be virtually the same team, one that few teams could solve last season.

We know what we’re getting in the Washington Redskins, right?

Sure, they have Alex Smith at quarterback, but is that an upgrade or a downgrade over Kirk Cousins? It’s a team with plenty of holes as well, having given up an average of 24.3 points per game last season.

The Redskins were able to sign Paul Richardson as a free agent and draft Derrius Guice in the first round of the draft, but it will take some time for Smith to acclimate to his new surroundings and gel within his new offense.

Then there’s the Dallas Cowboys. What will the team from “Big D” bring to the table this year? Well, those assuming that the losses of Dez Bryant and Jason Witten won’t hurt the team are sorely mistaken.

Dak Prescott came back down to Earth last year after his Rookie of the Year season in 2016. Without Bryant and Witten to throw to, his chances of making plays with his arm go way down.

Instead, the Cowboys will try to lean on their talented offensive line to pound the ball at teams with Ezekiel Elliott.

The Cowboys finished 9-7 last year, just missing the playoffs, but they’re not a good football team with their one-dimensional offense and will struggle to reach that same win total in 2018.

But the Giants are a mystery. Yes, they’re coming off one of the worst seasons in franchise history. There’s only one way to go after a year like that. But before the miserable coaching job done by Ben McAdoo, the Giants were a team that people felt would be a contender last season.

Why can’t that be the case this year?

Eli Manning should be excited to play for a new coach and he’ll have a healthy Odell Beckham and Sterling Shepard to throw the ball to. Tight end Evan Engram will be entering his second season and should be better and then there’s Saquon Barkley.

Barkley should be terrific right out of the gate and he’ll give the team its best running option since the days of Tiki Barber, only he’s a much more complete football player.

Eli has never had an offense this talented and if the offensive line can keep him upright, the Giants should pile up the points this season. The key will be to keep the opposition out of the end zone.

With the loss of Jason Pierre-Paul, Olivier Vernon will need to have a strong season rushing the quarterback. The defense also has several exciting young players such as Lorenzo Carter and B.J. Hill.

The Giants ranked No. 31 in total defense last year and the 32 passing touchdowns they allowed were the most in the league. That’s a number that has to get better.

"New York Giants: dark horse team in the NFC… I can go to seven different units on this football team and they have an elite player." — @ColinCowherd pic.twitter.com/XeRmOkBh3Y

But if we know what we’re going to get out of the other three teams in the division, assuming the Cowboys and Redskins will be battling for third and fourth place, there is room for the Giants to be a sneaky team to watch this year.

And as the New England Patriots know all too well, when the Giants are sneaky, they really catch you off guard.