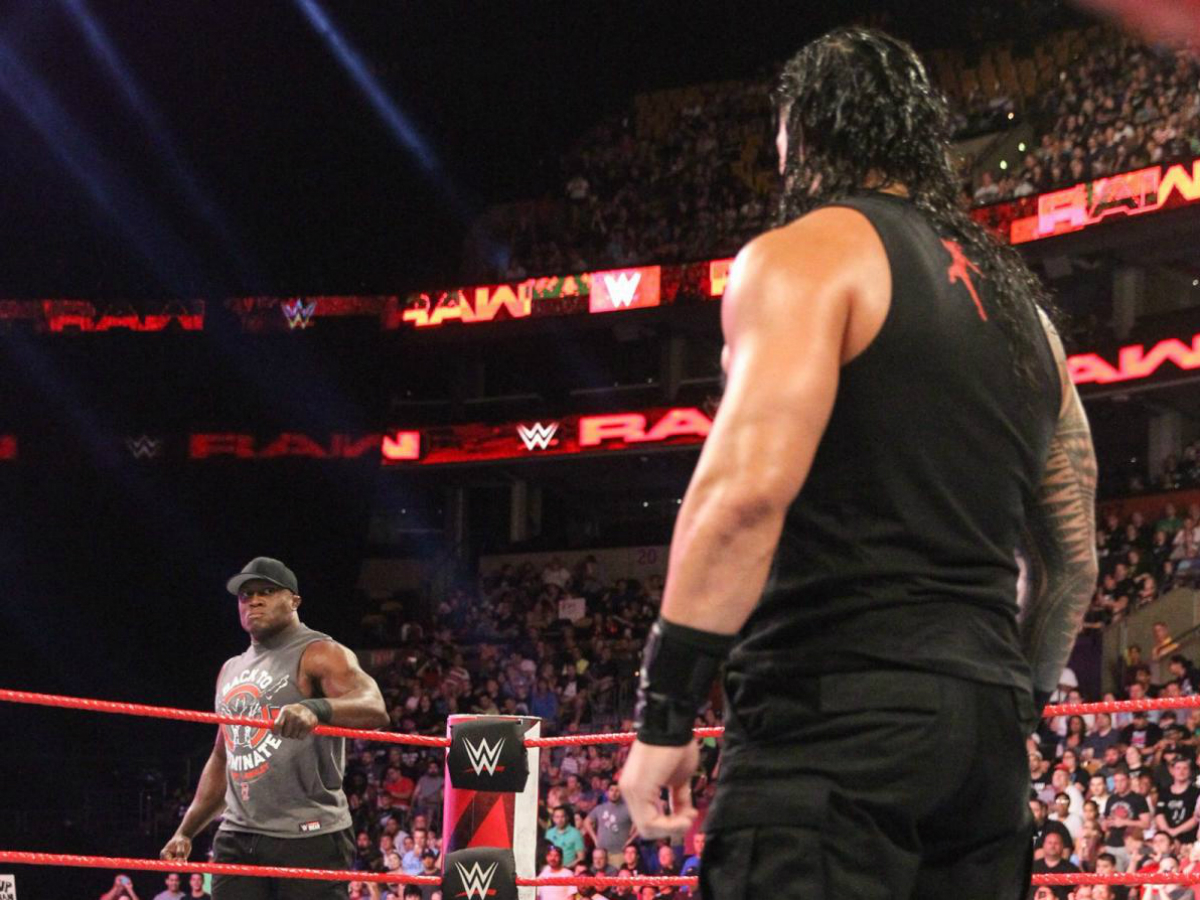 Although the future of Brock Lesnar is uncertain regarding his next match, the expectation is that he will compete against Roman Reigns at SummerSlam. Based on the fallout of Daniel Cormier winning the UFC Heavyweight Championship at UFC 226, it is clear that Lesnar’s focus is more set on the Octagon than the squared circle.

Despite Lesnar’s near-three month absence from WWE, while holding the Universal Championship, Paul Heyman was still a key player on this past episode of Raw, experiencing a taste of nostalgia as a member of the creative team.

According to the Wrestling Observer Radio, Heyman was specifically involved in the opening segment, which had Roman Reigns and Bobby Lesnar brawl in the ring and at ringside, forcing the Raw roster to run out from backstage and pull them apart. Reportedly, Heyman was instrumental in the promos of Reigns and Lashley, assisting them with increasing the intensity of their feud.

The reason why Heyman was a key factor in the segment is due to both Reigns and Lashley still being affiliated with becoming the number one contender for Lesnar’s Universal Championship, although WWE did not officially mention that their match at Extreme Rules would be for who is next in line for the title shot.

In addition to being the head person in charge at ECW during its seven-year run, Heyman was also used as head of Creative for Ohio Valley Wrestling, WWE’s version of ECW, and also had a key role on SmackDown following ECW folding. Heyman has been known for his bold suggestions backstage, including wanting CM Punk to tap out both Big Show and Bobby Lashley during the Extreme Elimination Chamber match at the abysmal December to Dismember pay-per-view.

Although there have been no reports that would expect Heyman to be a part of the creative staff on a permanent basis, Heyman’s input to build stars may be a way to use him when Lesnar leaves WWE, if he does not choose to manage anyone else.