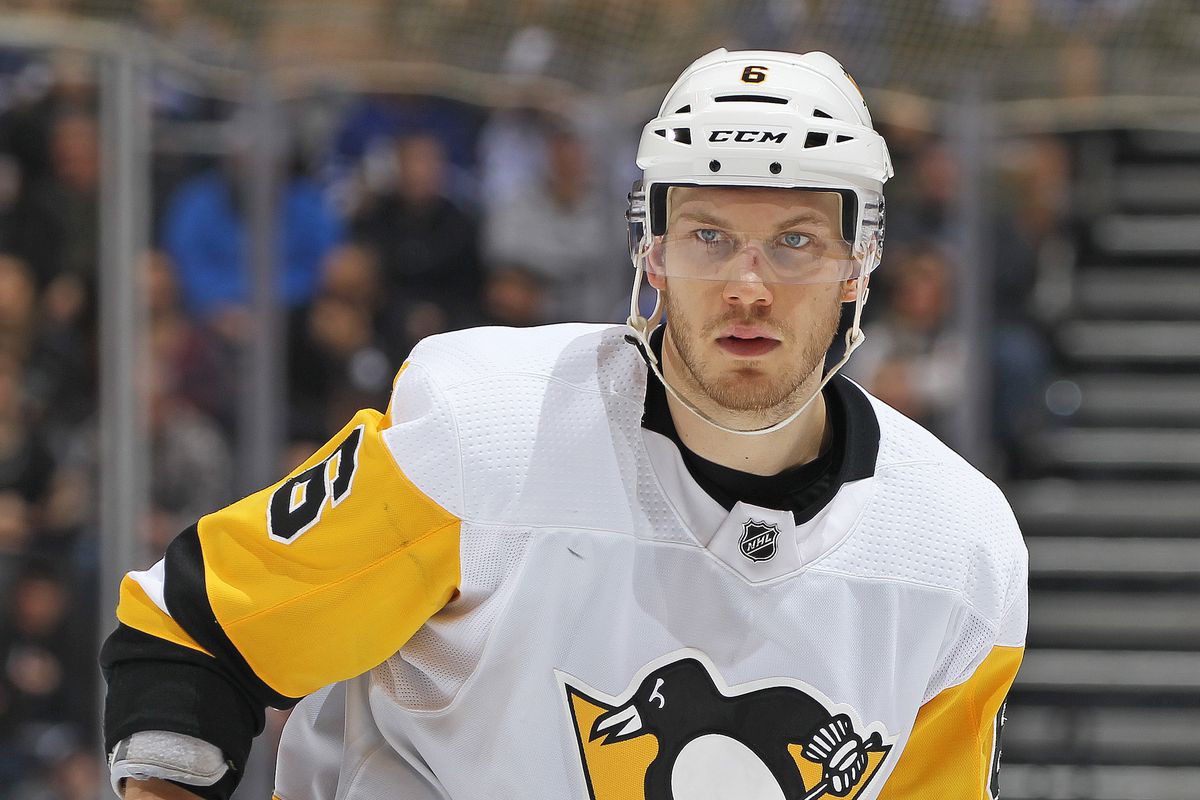 The Penguins announced today that they have avoided arbitration with defenseman Jamie Oleksiak, inking him to a three-year, $2.137M deal.

The Penguins have re-signed defenseman @jamieoleksiak to a three-year contract.

The Pens acquired the 6’7″ defenseman from the Dallas Stars on December 19, 2017 for a 2019 conditional fourth round pick.

The big defenseman was a polarizing player in Dallas, never fully living up to his potential after being drafted 14th overall by the Stars in 2011.

Rutherford had his eye on Oleksiak for awhile, with some urging of Sergei Gonchar, who played with Oleksiak during his tenure with the Stars.

Three years for a 25-year-old defenseman that had 14 points in 47 games following the trade isn’t terrible. However, the price of $2.137M could be a big bet. One has to assume that the Penguins are hoping he continues his upward projection as he displayed during the end of the 17-18 season.

According to Natural Stat Trick, Oleksiak was a 50/50 player when it came to high-danger chances for and against. When on the ice at 5v5, he posted a 51.3 CF%.

Most importantly, who could forget his nod before dropping the gloves with fellow tree Zdeno Chara?

With the move, the Penguins have $745K remaining in cap space.