The Fly-Ball Revolution hasn't been kind to Dan Otero 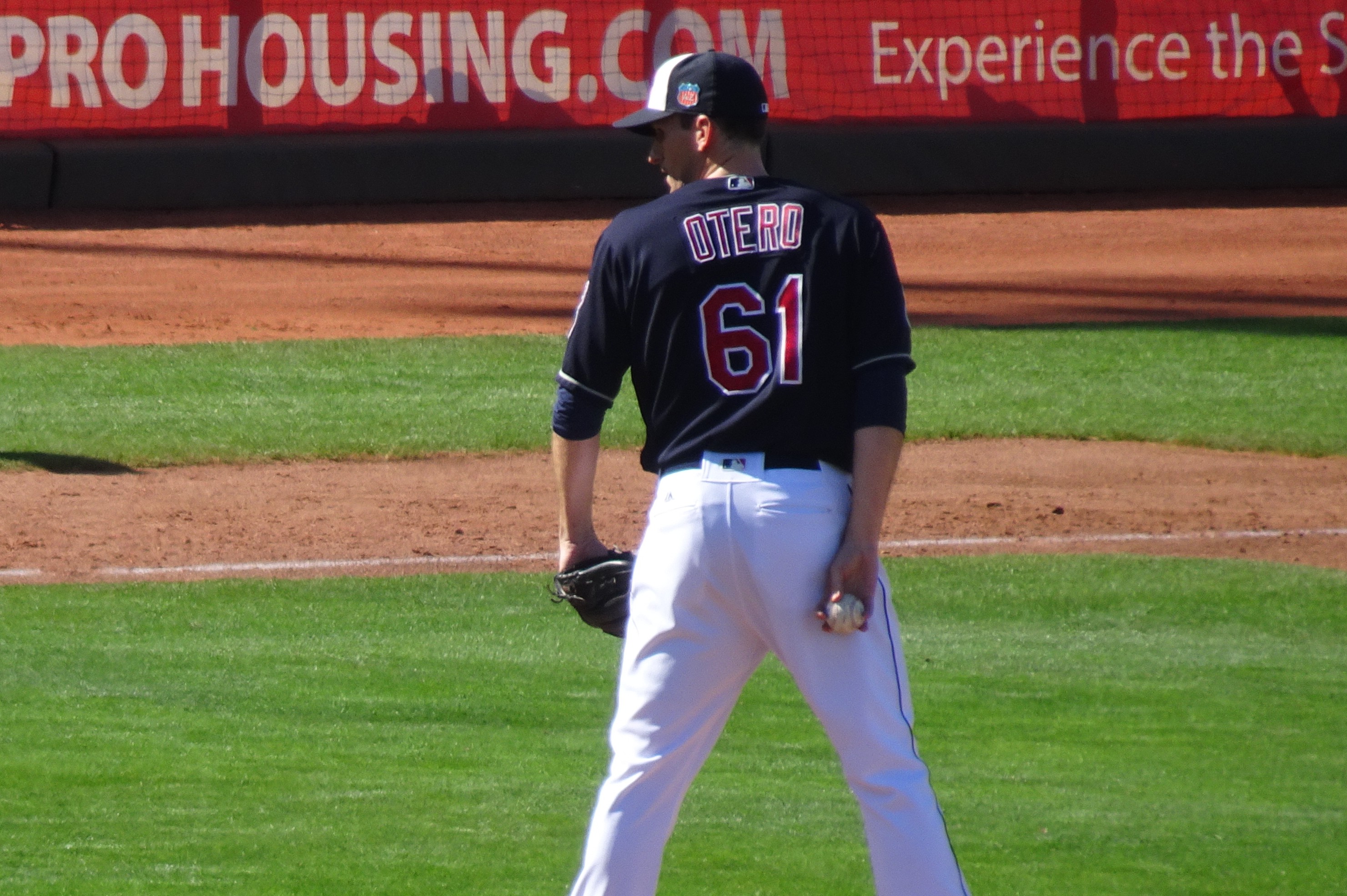 The Fly-Ball Revolution hasn't been kind to Dan Otero

Hopefully by now, you’re aware of the Fly-Ball Revolution in Major League Baseball. If not, the broad summary goes like this: In recent years, hitters have been making an effort to maximize their power output by hitting more fly-balls. It’s worked for stars who openly talk about it, like Justin Turner and Josh Donaldson, and even for Cleveland’s Yonder Alonso, who rode a fly-ball wave to a career best 132 wRC+ in 2017.

The Fly-Ball Revolution came about in part because hitters have been struggling to make contact in recent years. Velocity and strikeouts have been trending upward for years now, and hitters needed a way to maximize the contact they were making.

As more and more hitters have made this adjustment, we’ve seen baseball’s average launch angle increase every year since 2015.

Once the hitters adjusted to the pitchers, the pitchers were now tasked with finding a way to counter the increase in fly balls. The Dave Sheinin of the Washington Post wrote about this development earlier this season, and his description of the new approach by MLB pitchers is particularly interesting:

That shift in pitching theory can be summed up like this: fewer sinkers, fewer low pitches, more breaking balls, more four-seam fastballs, more high pitches. The logic, while an oversimplification, goes like this: If hitters, with their uppercut swings, have figured out how to go down and scoop low fastballs — the pitcher’s bread and butter for generations — over the walls, they would have a much tougher time doing so with high fastballs and well-placed breaking balls.

According to Sheinen’s article, pitchers are avoiding sinkers because hitters have discovered how to hit them more effectively. Sure enough, sinkers have been in decline every year since 2014, according to Baseball Savant.

So, considering the developments in recent seasons, it may not be a great time to be a ground ball pitcher (i.e. heavily reliant on sinkers and two-seamers).

This brings us to the real subject of the article, Dan Otero. Based on context, it shouldn’t come as a surprise that Otero is most certainly a ground ball pitcher. For his career, he’s thrown 60.1% sinkers as his pitches, per FanGraphs, and is up to 71.7% sinkers this season.

Most recently, Otero gave up a game-winning to double to Joey Votto after an unfortunate communication gaffe in the Tribe dugout. However, Tuesday’s outing was part of a larger theme: Otero struggling in 2018.

Otero’s poor performance is news because he hasn’t always struggled. He flew under the radar as one of baseball’s better relievers in 2016: he pitched 70.2 relief innings for Cleveland and carried a 1.53 ERA (and a still excellent 2.33 FIP). The recipe for Otero’s success started with his ground balls. His 62.3% ground ball rate in 2016 was 9th best among pitchers with at least 50 IP.

However, Otero’s success went beyond ground balls. He wasn’t walking many hitters (1.27 BB/9), and was carrying a respectable 7.3 K/9 rate. Perhaps of most importance, Otero only allowed 2 home runs in his 70.2 innings.

Now, in 2018, Otero, like the rest of the Cleveland’s bullpen, has been outright bad. You can see the full decline in the numbers from the table below:

There a couple key takeaways from Otero’s numbers:

At a glance, some analysts might be inclined to say that Otero has merely gotten unlucky in a limited sample size. However, if we look at the home runs in the context of the Fly-Ball Revolution, there are some key indicators that Otero’s struggles are a bad sign.

Compared to their 2016 numbers, opponents have added almost 2 mph of exit velocity to fly balls that they hit off Otero’s sinker this season.

The point goes back to Sheinin’s article: sinkers are being used less, because they are less effective against hitters hell-bent on getting the ball in the air. Dan Otero has only ever been good because of his sinker, and if you take that away from him, he doesn’t provide much else besides good control.

Now, as long as Otero is carrying a ~60% ground ball rate, there is no reason to give up hope completely. Metrics like xFIP (Otero currently carries a 3.28) think he’s gotten unlucky to date and projection systems like ZiPS (3.88 ERA projected for the rest of the season) still believe in him.

In part, this is because his ground ball rate remains elite, and he continues to avoid walking hitters. It remains to be seen how much Otero can adjust to limit the home runs his fly ball-obsessed opponents hit off him.

Either way, Otero can likely still help Cleveland, as long as he’s put in a good matchup in a favorable situation (read: in a low-leverage at bat against a right-handed hitter). Until he figures out his home run problems, that’s likely the most Cleveland can hope to get out of the sinker-baller.