Yoenis Cespedes Wants To Be The Next Great Mets Utility Player 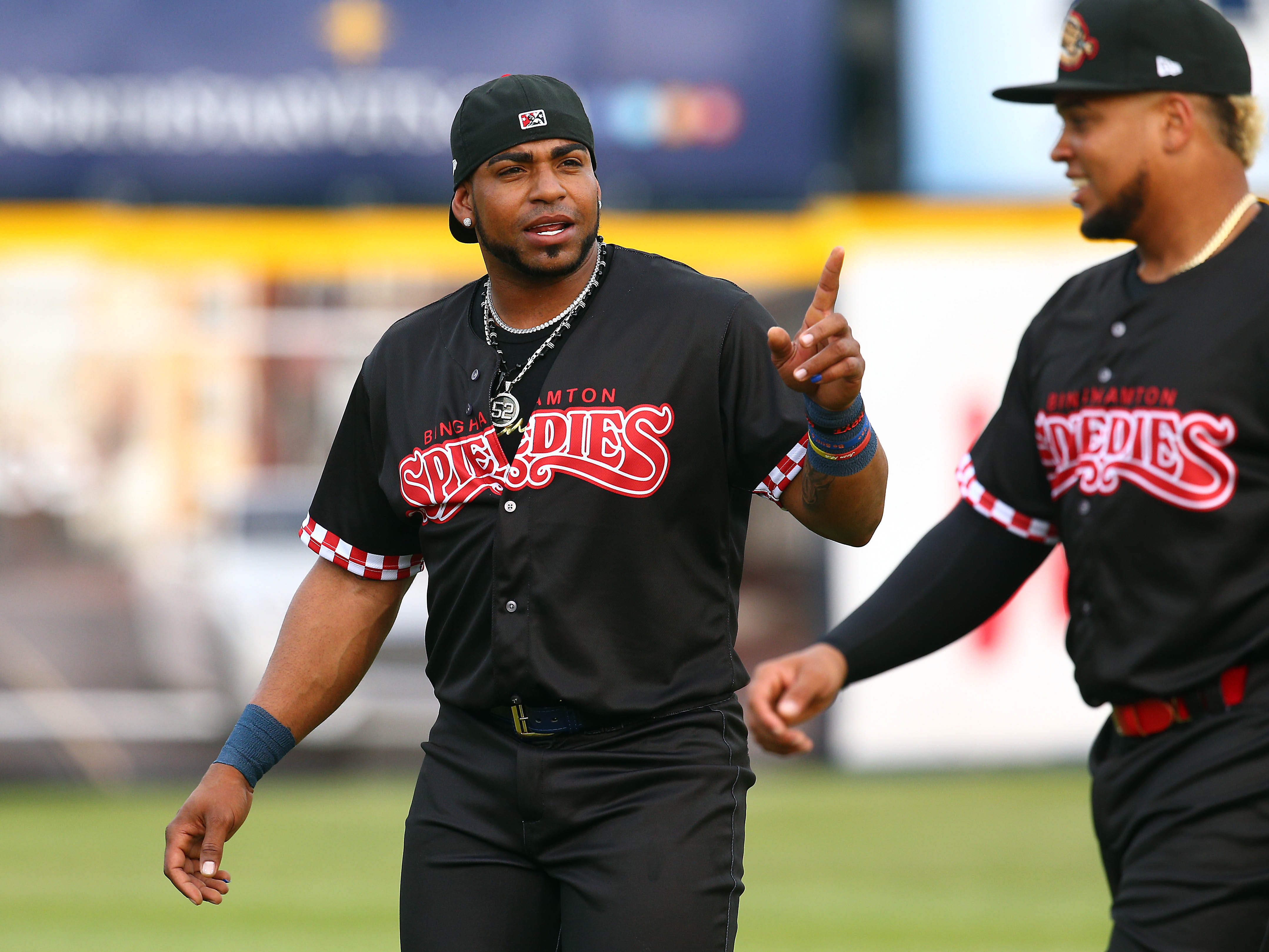 Yoenis Cespedes Wants To Be The Next Great Mets Utility Player

Yoenis Cespedes has been perpetually injured in his time with the Mets, but perhaps this little nugget shows that Cespedes is looking for a creative way to stay on the field and lengthen his career. (Or perhaps we’ve taken an innocent moment on a practice field and blown it out of proportion to holy hell … you decide:)

The oft-injured, highly paid outfielder has told the Mets he is willing to play first base, according to a team source. And while rehabbing in Port St. Lucie, Cespedes has actually been taking ground balls at first to prepare for the possibility of playing there in the future.

Sure, why not. Everybody else moves around the diamond for the Mets (except Jeff McNeil … because God forbid). But I’ll believe this when I see it. He was also willing to play center field at one point, until he wasn’t. Also, Cespedes was once seen warming up in the bullpen, but he hasn’t become a reliever, has he? (Though with the state of the Mets bullpen, maybe he should have.)

Also, with Wilmer Flores there now and Peter Alonso on the way (not to mention Dominic Smith who the Mets refuse to play anymore, apparently), Cespedes to first base seems to be more of a backup plan rather than a real effort to keep him healthy. But if this did happen on a regular basis, it would be a shame as part of the allure of bringing on a guy like Cespedes was his athleticism, his defense and his throwing arm. Putting Yoenis at first base would complete a transition from Cespedes being a mulit-faceted threat to being Hanley Ramirez. That would be a shame. What do you get when you take the venom out of a snake?