Your Morning Dump... Where we check in on I.T., who would love to come back 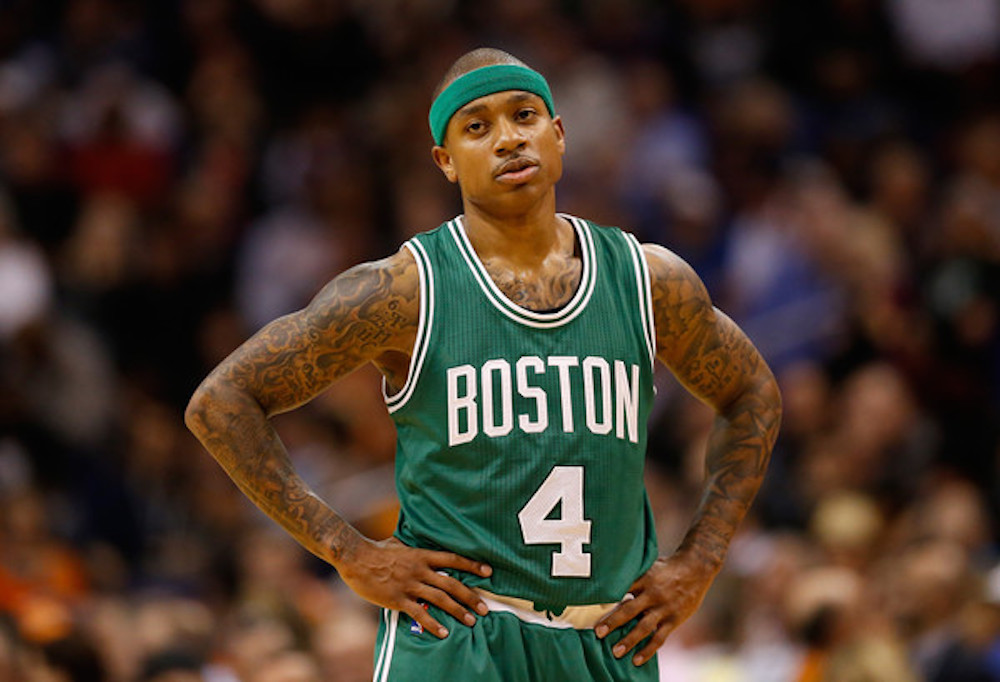 Your Morning Dump... Where we check in on I.T., who would love to come back

Waiting on a flight back home and who do I see walking my way … @isaiahthomas #slowgrind Good to hear he’s feeling great, ready to prove himself once again. pic.twitter.com/BuKbOGXwOQ

“Tell Boston I’ll come back for a year LOL… Good to see you. Miss my Boston fam!”

It’s good to see Isaiah with a smile on his face in the photo with A Sherrod, because if it were me, I’d find it hard to crack one even for posterity’s sake.

We all know the arc by now: MVP candidate and Boston cult hero turned unwanted NBA free agent. I don’t remember where I read it or heard it recently, but it’s been suggested he go build a brand in Europe or Asia and be a star there. The dude was an all-NBA player just one season ago!

It’s not going to be here in Boston for a number of reasons, but I hope Isaiah finds his team soon. The Magic would have made a ton of sense, as they would really give him a chance to prove himself. Bringing Isaiah to a contending team on a one year deal could mess with a team’s chemistry, and put IT in a position where he feels as though he has to do too much in limited minutes.

Free Agency is chugging along and it’s been all quiet on the IT front. I’m pulling for him to find a home and thrive there. What a difference a season makes.

On page 2, Robert Williams hoping to take the court today

He expressed continued hope at playing before the Celtics’ run in this tournament ends, including tomorrow’s first round playoff game against New York. They are guaranteed at least two playoff games

“I think I will be able to play. It’s just hours and hours of treatment and rest. It’s just a process,” said Williams, who also admitted to still feeling pain in the knee.

“It’s definitely painful (both when he’s working out and when he’s relaxing),” he said. “Pushing through it, you’ve gotta push through it. Most painful is just watching the games, not being able to get out there. So that’s kind of messing with my head. But obviously it’s motivating me to get back in the best physical shape I can be in.”

“It’s definitely painful.” Well, I’ve heard enough. As much as Robert Williams’ on-court presence makes Summer League more enjoyable as a Celtics fan, I hope we don’t see him on the court today, and I don’t think we will.

Playing through pain in Summer League is like saying you’re going to order and try to eat a large pizza by yourself after just polishing off five plates at a breakfast buffet. It’s not only ambitious, it’s ridiculous.

If Robert Williams still isn’t back to 100% there’s no use in risking further injury in games that are meaningless. What has to hurt more than the knee, though, is the thought that this stretch of games that has become more popular by the year, was a waste for Williams. The best way for him to personally forget about his rocky start with the Cs and for fans to forget as well was to come out and play well. Both we and Robert will now have to wait until the pre-season, and those games will be played with real live NBA veterans.

Maybe the Celtics will let Williams gut it out today, but I doubt it. Get ready for more of the Jabari Bird show.