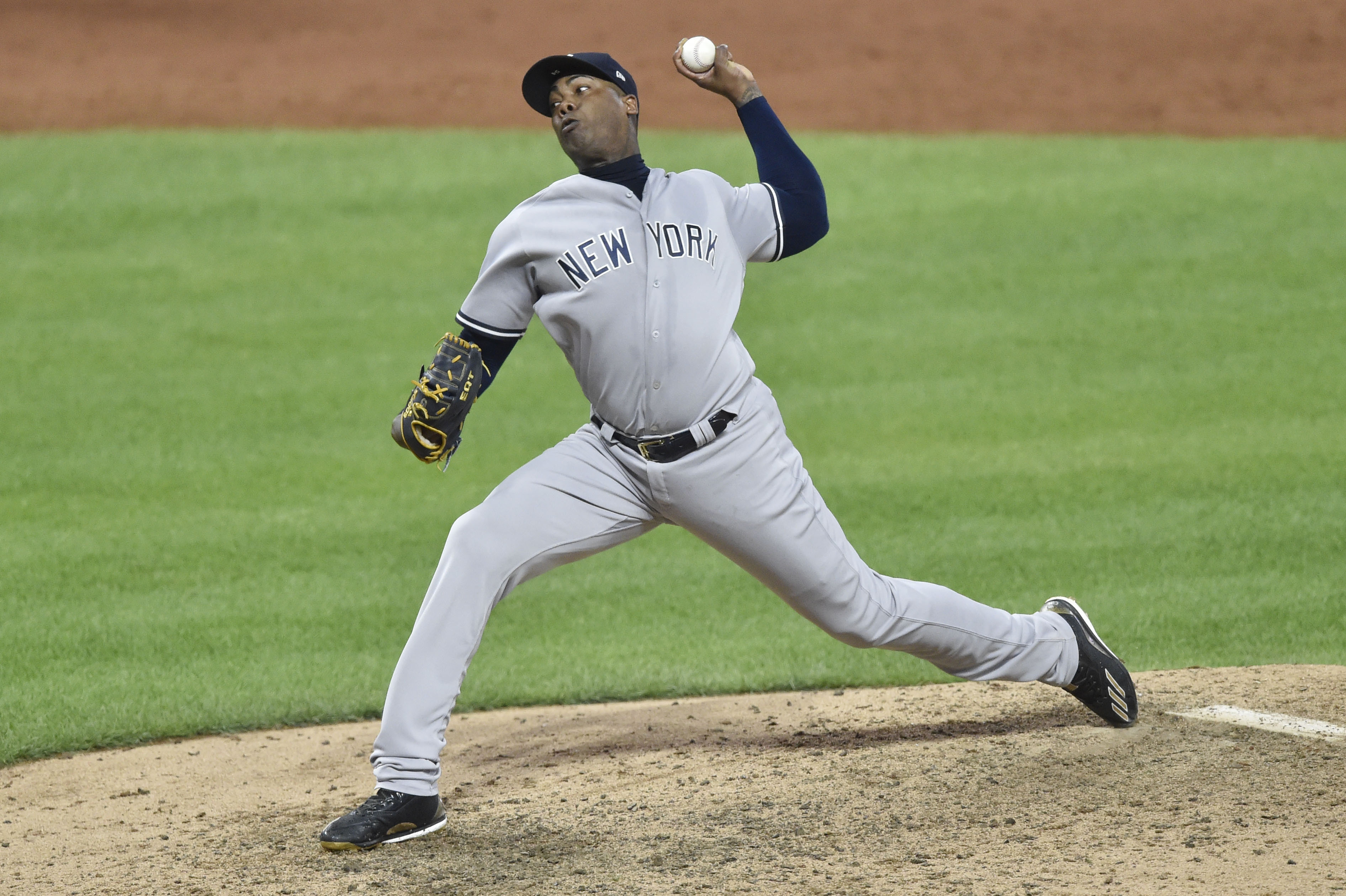 The New York Yankees got good news as closer Aroldis Chapman has chosen to sit out the All-Star Game. Sure, Chapman would have loved to appear in the mid-summer classic, but giving his aching left knee, rest took priority.

Despite nursing the knee, Chapman has put up sterling numbers this season. He has closed out 25 of 26 save opportunities while posting a minuscule 1.38 ERA. Mostly, he has relied on improved control of his 100-plus mile an hour fastball.

“Definitely a tough decision,’’ Chapman said, according to northjersey.com. “But at the end of the day, I feel it was a smart decision for me to help me recover and get ready for the second half – one that’s going to be very demanding and very exciting.”

The Yankees need to exert extra caution as this is not the first time knee pain has hindered one of their closers. In May of 2012 Mariano Rivera fell while chasing fly balls in batting practice. Mo grimaced in pain as he lay on the outfield grass. His torn anterior crucial ligament sent him to rehab.

Fortunately, Chapman’s situation is far less serious. But a few days off will set him up for a strong stretch run. If necessary, the Yankees can turn to Dellin Betances to close should Chapman need any additional rest. One of the benefits of having the best bullpen in baseball is the luxury of turning to  someone else to step up.

Manager  Aaron Boone supports Chapman’s decision. “It certainly can’t hurt him,” Boone said, according to Coloradoan.com. “Obviously this is something he’s been dealing with now for a while, but that we also feel good about that he can continue to deal with it, and it’s something that we’ll continue to monitor all the time. But hopefully, it’s a good decision for him and for us.”

As insurance, the Yankees are reportedly considering making a move for  Orioles reliever Zach Britton. Britton could come as part of a potential Manny Machado trade. In 2016, Britton saved 47 games while striking out 74 batters in 67 innings.

Although the bullpen is packed, an extra reliever could become valuable in the postseason if the Yankees are unable to attain a top notch starting pitcher. With an additional reliever option, they could even consider a three-man playoff rotation.