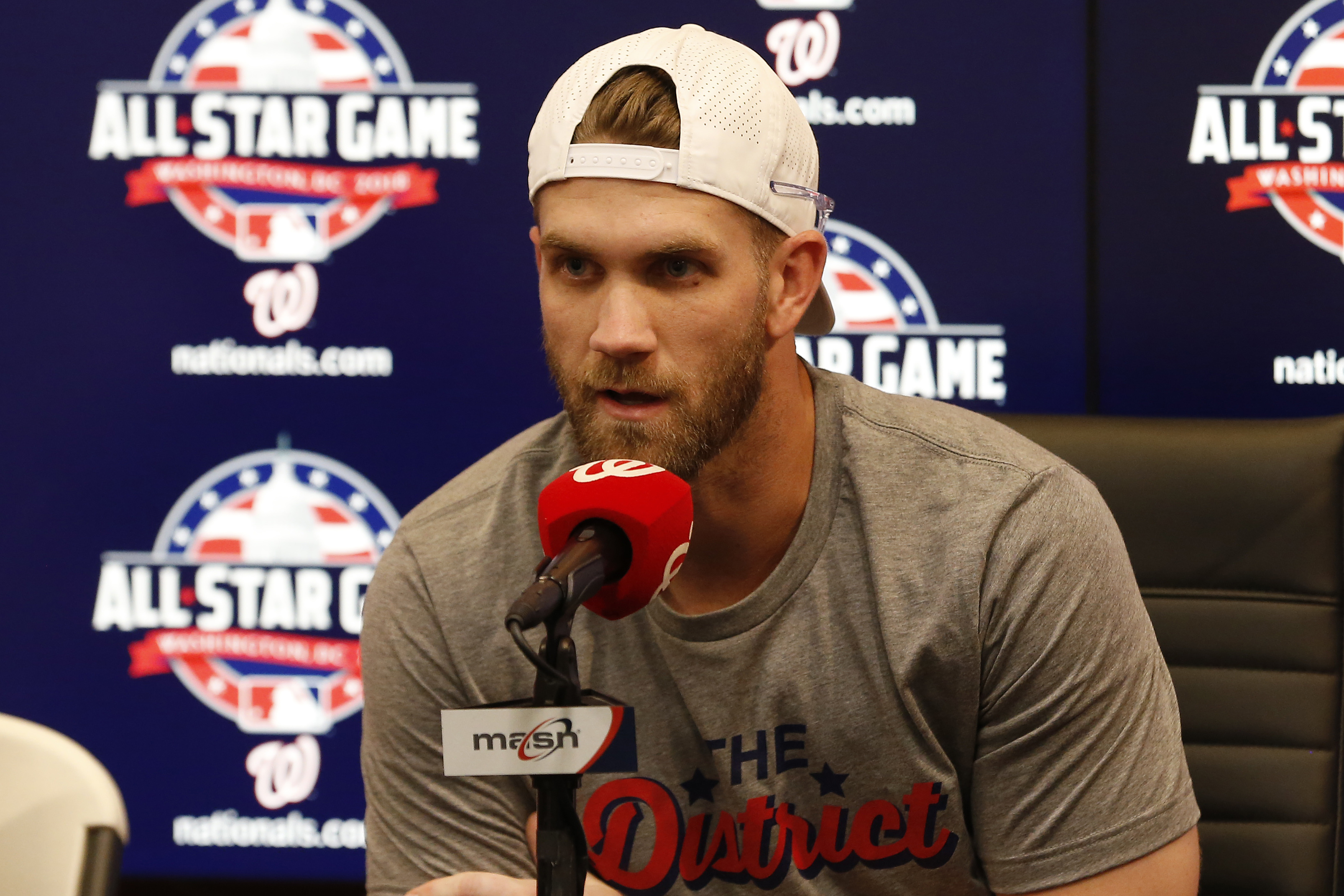 Bryce Harper is currently in a slump, but he’ll have the benefit of hitting in the friendly confines of Nationals Park in the Home Run Derby on Monday night.

Harper started the year off on a high note, but he quickly cooled off, and has really struggled as of late. He’s hitting just .213 for the season, which is well below his .278 career average. Harper has, however, hit 22 home runs, and he’ll have the opportunity to hit some more in Monday’s slugfest (although they obviously won’t count toward his season total).

And even though Harper has struggled to reach base consistently this season, he’s still shown the ability to crush the ball when he makes solid contact, which is part of why oddsmakers (specifically Bovada Sportsbook) have installed him as the betting favorite to win the Home Run Derby.

Bryce Harper is the favorite to win the Home Run Derby, per @BovadaOfficial. Kyle Schwarber and Alex Bregman, not so much. pic.twitter.com/M89ti3gNDW

Harper does deserve to be the odds-on favorite to win, but both Freddie Freeman and Rhys Hoskins present some value as well, given how familiar they both are with Nationals Park.