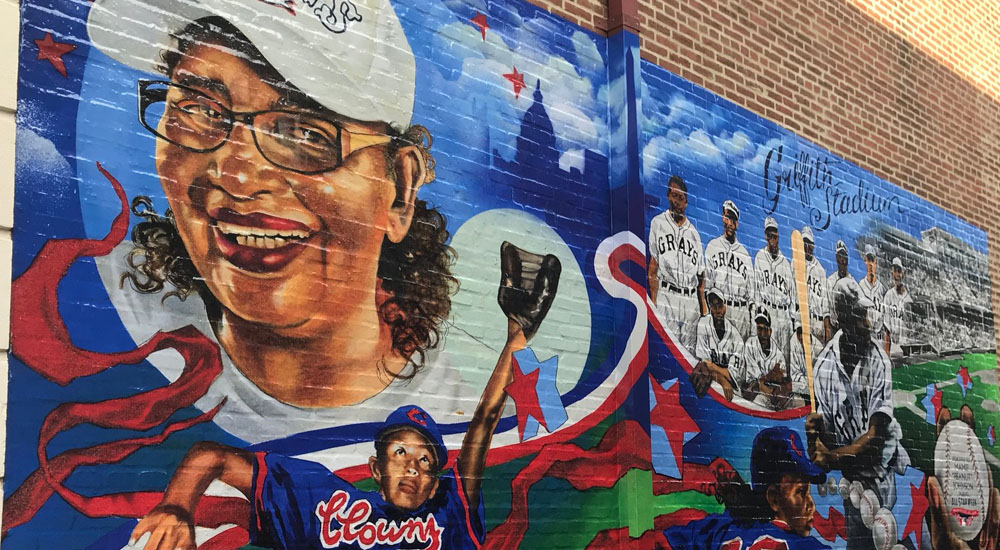 With the eyes of the baseball world zeroing in on Washington DC, Major League Baseball is doing its part by making sure fans remember the past.

On the eve of the All-Star Game, MLB unveiled a spectacular mural honoring Negro League legends (and DC-area greats) Mamie “Peanut” Johnson and Josh Gibson on the Lincoln Theatre across from the historic Ben’s Chili Bowl.

Ben’s Chili Bowl is proud to announce that @MLB unveiled a mural honoring Negro Leagues Baseball and trailblazing players Mamie “Peanut” Johnson and Josh Gibson on the Lincoln Theatre across from our historic U Street location!

“One thing I always teach is we have to keep our history alive,” Gibson said Thursday. “That’s what Ben’s Chili Bowl is doing. They’re keeping our history alive for these young people right here to understand the importance of the Negro Leagues. Not just about the baseball aspect, but the social aspect and the civil rights movement as well.”

“The artist did a great job, and I just think it’s one of the coolest things ever,” Davis added.