Your Lunch Hour Dump... Where IT's in Denver and Jaylen Brown has opinions 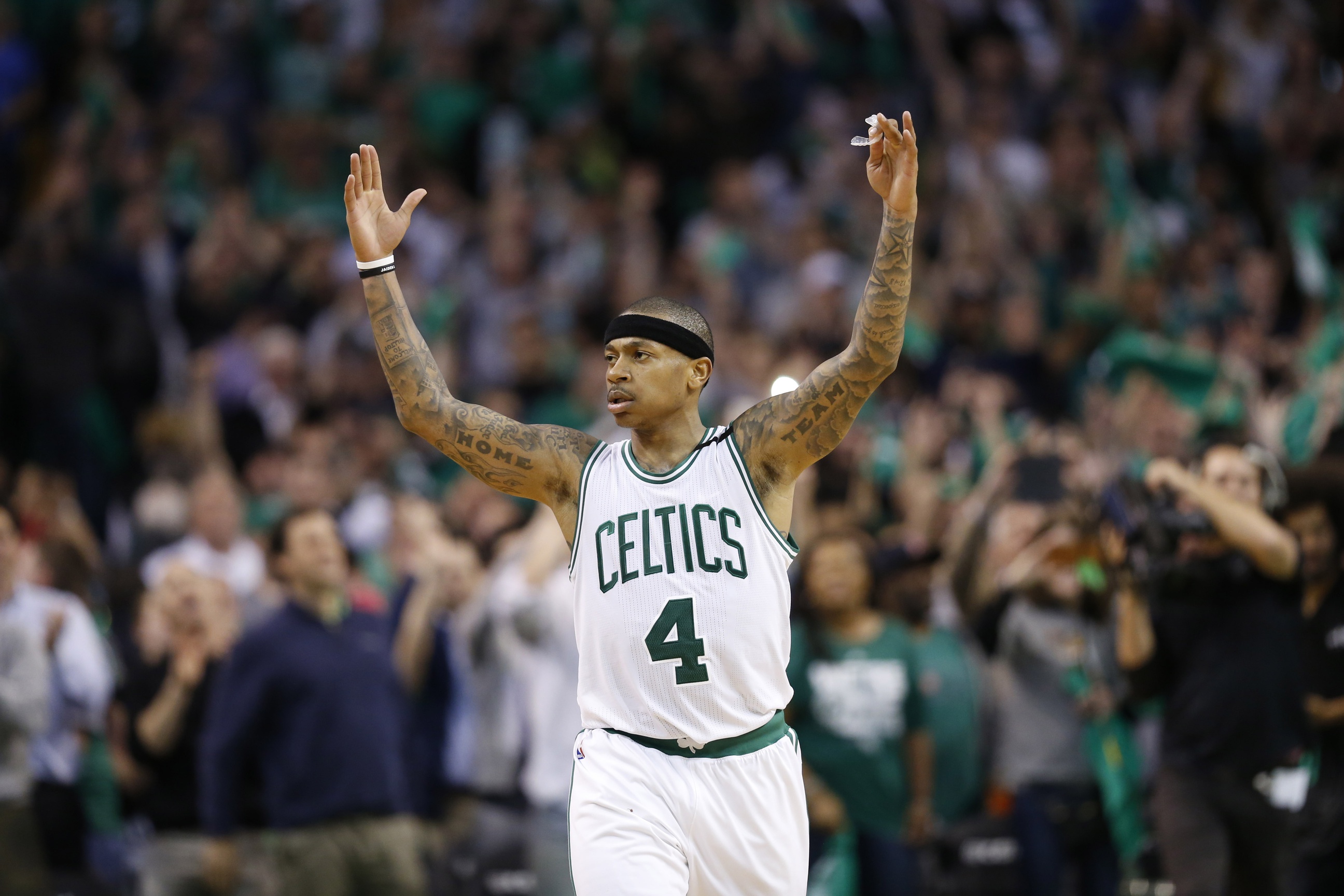 Your Lunch Hour Dump... Where IT's in Denver and Jaylen Brown has opinions

Free agent guard Isaiah Thomas has agreed to a one-year deal with the Denver Nuggets, league sources tell ESPN. Thomas will reunite with Michael Malone, who coached him with the Kings.

The Nuggets can afford to take a swing at Thomas, and he will have a real opportunity to rehab his value. After a string of personal tragedies, injuries and bad luck, Thomas’ dreams of a massive, long-term deal may have faded, but he could still parlay his usefulness to a team into a nice contract after this year if he can prove his health.

Denver is not a bad spot for Isaiah to land. They’re an offense-first team that plays loose enough for IT to freelance his way into a respectable deal in 2019. In fact, the more I think about it, the more I like where IT landed. Denver’s one of those teams that, for whatever reason, always ends up having these great individual performers while the team itself sort of goes nowhere.

That’s perfect for IT, not because he should be on a team that’s aiming for the lower middle of the conference standings and a road team’s seed in the playoffs, but because they should be good enough for him to contribute to winning, but they aren’t so good that they’ve already got a starting PG lined up.

Page 2: Where Jaylen Brown has thoughts about stuff

“To be honest, I wanted him to stay,” Brown said. “I was kind of mad, I wanted to be the team to go through him. I feel like we could have had it last year, but we fell a little bit short. But I applaud someone doing what’s best for him. He did what’s best for him in that situation. I wanted him to stay in the East. People say, I don’t like when people say ‘Now that LeBron’s gone, y’all are the favorite.’ That irks me. A lot of us, we feel the same, because we feel that whether he was there or wasn’t there, we was coming out.”

I like this Jaylen Brown kid. And even though the Celtics are going to be pretty much the same team with LeBron in LA, he’s got a point. When the Celtics end up in the Finals next year, there’s going to be a loud contingent saying that it’s because LeBron’s out west.

These people, of course, will be conveniently ignoring the fact that the Celtics dang near ended up in the Finals with two of their best players nowhere near Boston during game 7.

…thinking about it, though, the people saying stuff like this would be making excuses for LeBron no matter what. So I guess the only thing that’s changed is the kind of excuse they’ll be making for him.

The 21-year-old Brown, who starred in the Celtics’ starting lineup this past season, is already far too good to participate in Las Vegas Summer League. But that didn’t stop him from pushing for it.

“Oh yeah, I tried for sure,” Brown laughed to reporters Thursday. “They shut it down, so it’s all good.”

Again, I like this Brown kid. Wanted LeBron to stay in the east, wanted to play in Summer League–kid’s not afraid of a challenge, and I mean, that’s why I think he’s going to keep getting better. He wants to be on the spot, he wants to be that guy, and he’s got the athletic ability & mental discipline to become that guy.

“Marcus, what he brings to the table is second-to-none,” Brown said. “The analytics, all of that, throw that away. What Marcus adds to a team and a franchise, everybody knows. I think Danny knows that. And I feel like something will come and the best situation will happen for both parties. But I would love to play this next year with Marcus Smart, and I feel like everybody feels the same way.”

Is there a worse agent in the NBA than Happy Walters?

This is the second year in a row where he’s thoroughly botched the contract negotiations with one of his marquee players.

Last year he told Nerlens Noel to refuse a hefty pre-season offer, and ended up settling for a one year deal at the minimum qualifying offer. Now he’s on a two year minimum deal with the Thunder.

This year he told Marcus Smart to refuse an undisclosed pre-season offer, and now he’s trying to get the Celtics to extend that same offer again–after assuring the media that the Celtics were going to ‘regret’ not signing Marcus to whatever unrealistic salary demands he had cooked up.

…and now for a short diversion into the business side of the league: When Marcus Smart says that he hasn’t heard from the team, and when Danny Ainge says to ask Steve Bulpett for news about Marcus Smart, the initial reaction is, ‘ZOMG!!! The team and Marcus are feuding!!!!!’

Reality is, the Celtics aren’t recruiting Smart to join the team, they’re negotiating a new contract.

And professionalism in the front office dictates that you work with the player’s agent. You don’t call up the player and ask how he’s doing, or get together with him for lunch, or whatever. You, the GM, and your staff, limit your contact to the player’s agent.

If Happy wants to spin a tale to the media about how Marcus Smart is feeling neglected, etc., because no one on the team has reached out to him, ask him how he’d feel if the team had tried to have extensive contact with Smart while he was trying to negotiate Smart’s next contract.

A day later, as Williams was preparing to leave for the airport to hop on a flight back to Boston, he realized that — once again — his wallet was missing. Once again, he knew where it was — former Texas A&M forward D.J. Hogg had it. But Hogg was already back in Dallas, nearly three hours away.

But Williams said Hogg told him overnight shipping was too expensive.

“I was like ‘Bro, you have money bro,'” Williams said. “But he just brought it out here (to Las Vegas).”

I get this. I mean, kind of. I’d like to know how it transpired that Williams’ wallet ended up with Hogg, but having said that, we’re talking about a 20-year-old kid who, up till now, has been steered through important scheduled obligations as one guy in a clump of guys, all herded by student managers, coaches, and other staff who make sure that details are taken care of.

Now all of a sudden, he’s on his own–and if you’re the least bit absent-minded to begin with, stuff like this is gonna happen.

The rubber meets the road when the regular season starts. Boston is going to make resources available to Williams that will help him adjust to being in the NBA. The big question is whether he’s going to avail himself of them.

Boston.com: ‘It’s unfortunate he got off to this start with a storied franchise like the Celtics’ | What we know about Marcus Smart’s status with the Celtics | Inside the cult of ‘combat muscles’ and ‘Weird Celtics Twitter’