Did We Just See Anti-Mickey? 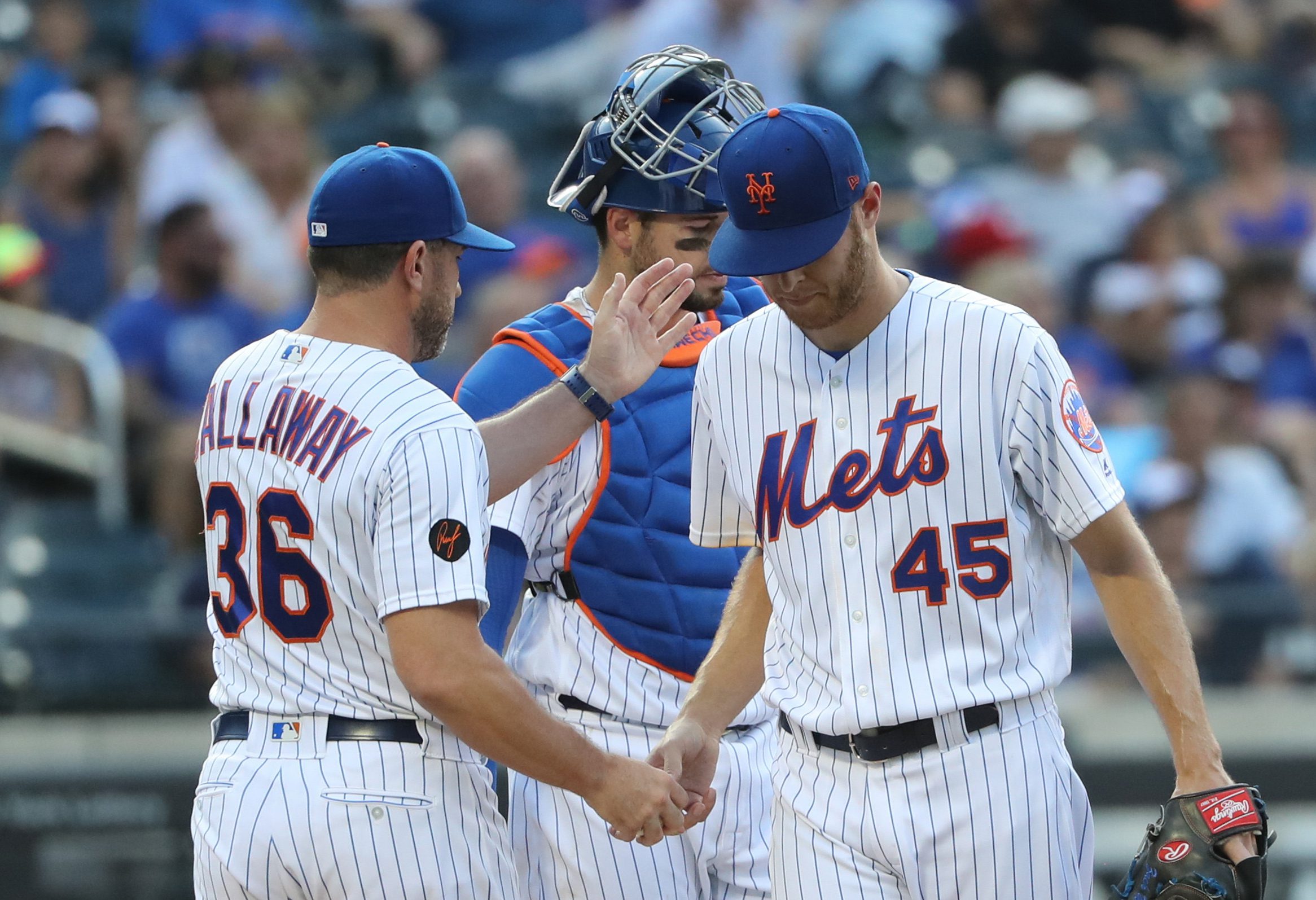 Did We Just See Anti-Mickey?

We heard a lot all season (and off-season) about how Mickey Art Howellaway was going to do different things with the bullpen, and how starters were going to be judiciously used and not under the parameters of old-school baseball. So it was interesting to see Mickey try to ride Zack Wheeler through the eighth inning today.

Not that Wheeler didn’t deserve the opportunity. He had given up one run through seven innings and was under 100 pitches with the Mets up 7-1. After Jose Reyes turned a routine 5-4-3 DP into Entry of the Gladiators, it would have been a natural transition into the next reliever. But as Jerry Blevins started walking in from the dugout, Mickey decided to leave Wheeler in. Maybe it was because Wheeler convinced him that he was good to go. Or maybe Mickey saw Blevins starting to walk in from the bullpen and turned quickly to Zack and said “I was never here” before scurrying off until the dugout. Who knows.

Wheeler worked hard to strike out Harper, but gave up a two run HR to Matt Adams on a helicopter … a home run that never should have happened because, again, Reyes … and that was it for Wheeler after 113 pitches (he threw 114 pitches against the Dodgers on June 22nd). Anthony Swarzak threw one pitch to escape the eighth and Jeurys Familia pitched a 1-2-3 ninth to finish off a 7-4 victory for the Mets. But Wheeler staying in for seven and 2/3’s is so out of character for Mickey, I have to wonder … and not to say that this was at the forefront of his mind … if there was a subconscious effort to showcase Wheeler in that very situation. Show teams how he can get out of jams. Wheeler had gotten out of one jam in the sixth getting Adams to ground into a double play. He almost got out of the one in the eighth. Striking out Harper might have been enough to convince a potential trading partner to take a chance on him.

No, I don’t think it was a planned thing. I don’t think Callaway went into the game thinking “I’m going to ride Wheeler until the end so that a team will give us their top five prospects for him.” But Callaway would have to be completely myopic to have not heard that there was interest in Wheeler. The situation was just right … Wheeler was at 103 pitches after the Reyes nonsense. In a parallel universe where Jerry Blevins is good and the Mets are in second place, this move doesn’t get made. But under these situations, including the trade rumors, I have to wonder if it subconsciously … subconsciously … affected his decision as if he’s trying to do Wheeler a favor.

I’ll take off my tin foil hat now, but you don’t go from “cautious” to “screw it” in five days.