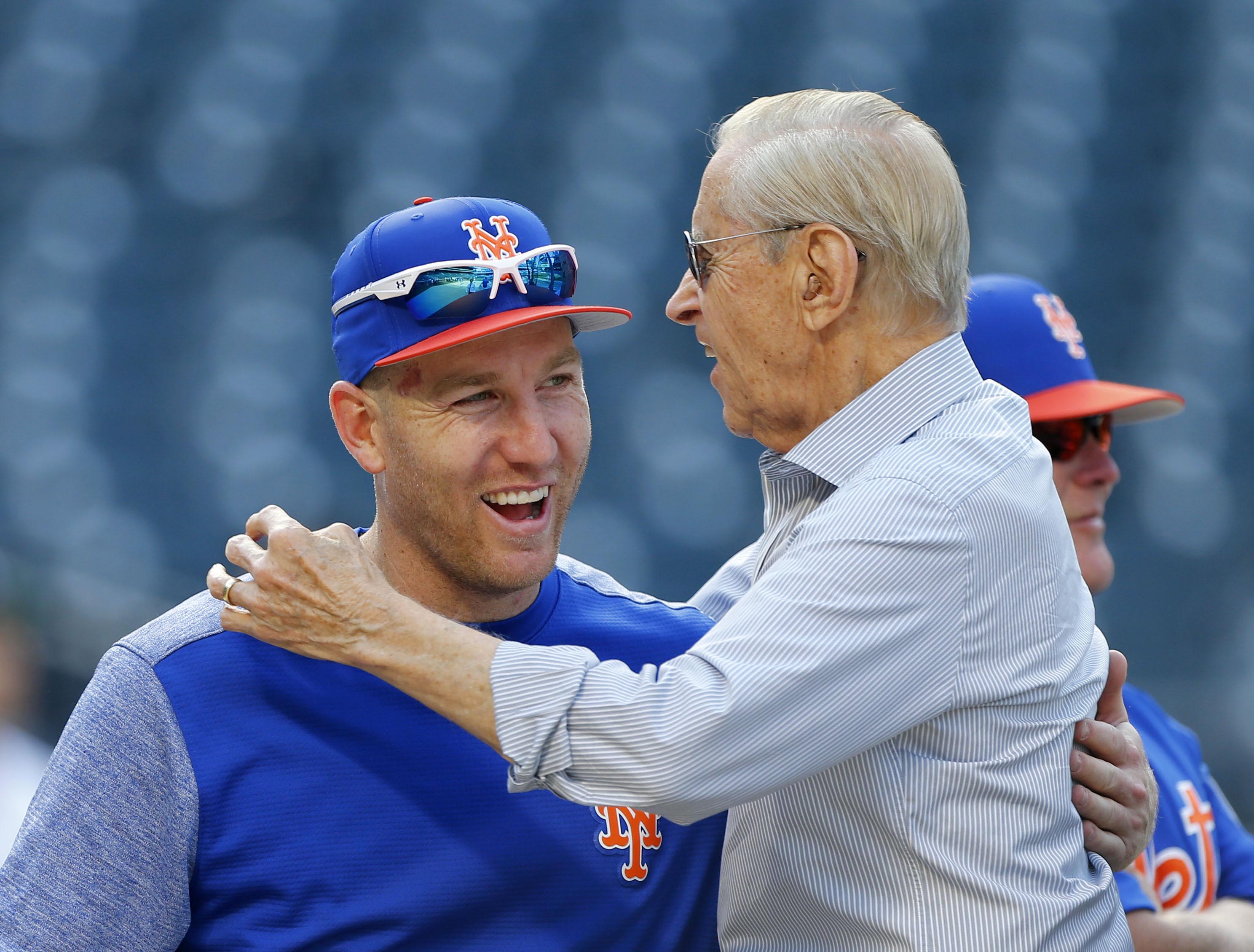 If you were one of the fans hoping for Fred Wilpon to sell the New York Mets, you’re about to be very disappointed. The Mets are now in “excellent financial health”, FanCred Sports’ Jon Heyman reports, which is a positive sign after the franchise spent several years in trouble following the Madoff scandal. The team slashed payroll right after the scandal, and Wilpon needed to take out loans from Bank of America and Major League Baseball along with selling some minority shares in order to stay afloat. Thanks to some tremendous profits from SNY, the television network the Mets own, and other ventures it appears that ownership’s financial problems are a thing of the past.

Part of the credit for the Mets’ improved books also has to go to departed General Manager Sandy Alderson, who was suggested to the Wilpons by Major League Baseball when the group was reeling from the scandal. Alderson helped the Mets get their house in order and put together the pieces of the pennant winning 2015 team, but now the team has become a mess again as injuries and poor roster construction have seemingly slammed their title window shut in spite of a stellar starting rotation. Payroll also has yet to rise back to pre-Madoff levels despite the team’s newly found financial health, with the Mets entering the year ranked 11th in the major leagues in terms of payroll.

Of course, a lot of the problem is that Alderson didn’t allocate the money he was given wisely. Even after Noah Syndergaard returned from the disabled list yesterday, the Mets still lead the major leagues with $94.3 million of salary currently on the disabled list according to Spotrac. That figure includes the team’s two highest paid players, Yoenis Cespedes and David Wright, along with three of the winter’s big free agent pickups in Jay Bruce, Todd Frazier, and Jason Vargas. The Mets are only paying just over $52 million to players on the 25 man roster, which is the third worst in the majors, ahead of only the rebuilding Chicago White Sox and Tampa Bay Rays. This is truly a case of getting what you paid for, and the Mets are certainly playing like a team that has a bottom five payroll.

The financial health reports will also lead the fans to question why the Mets aren’t going to spend more in free agency, which could offer some solutions to the many problems the roster has. Outside of retaining Yoenis Cespedes, the Mets have stayed away from the big ticket items under Alderson’s watch, opting instead to try and bring in veteran players on less expensive deals like Bruce, Frazier, and Asdrubal Cabrera. A lot of those deals haven’t worked out, and there has always been a question of how much money Alderson has actually had to spend thanks to Marc Carig’s report in December that ownership never told the front office how much their budget actually was. It will be interesting to see if the team’s spending habits change under Alderson’s replacement, especially when you remember that the Mets did go after big ticket items like Carlos Beltran and Pedro Martinez when Omar Minaya was the GM. That was also pre-Madoff, so this winter will be a real sign of how the franchise is willing to operate going forward.