Your Morning Dump… Where Smart is running out of options 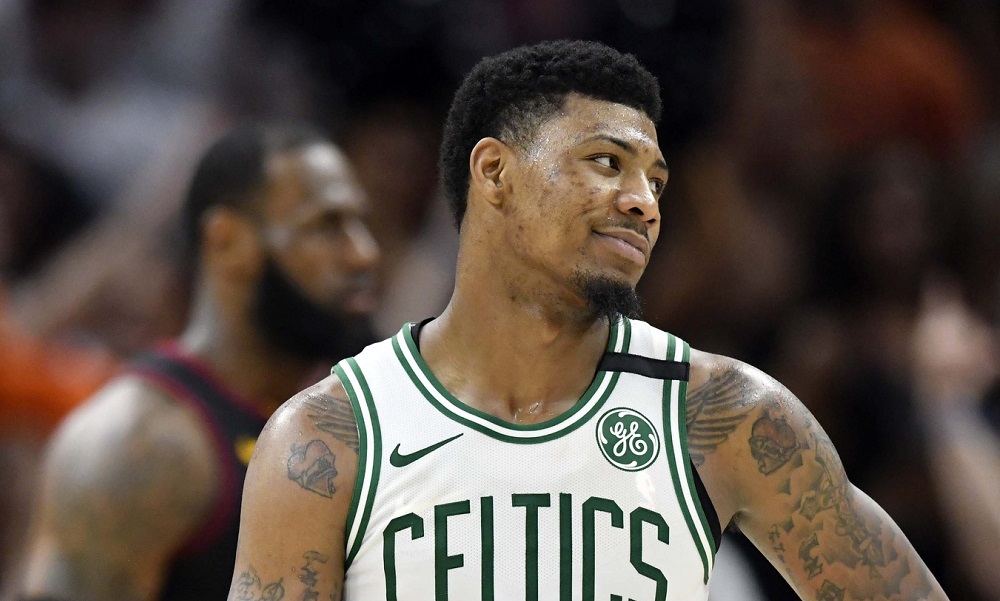 Your Morning Dump… Where Smart is running out of options

Adrian Wojnarowski of ESPN.com was first to report on Friday that the Nets had made a pair of deals. Brooklyn first sent Jeremy Lin to the Atlanta Hawks with a second-round pick in order to free up some additional salary cap room off their books. Shortly afterward, they agreed to rent out $20+ million in salary cap space by taking on the expiring contracts of Kenneth Faried and Darrell Arthur in the trade.

The Nets also managed to land a pair of draft picks from the Nuggets (2019 protected first round pick, 2020 second round pick) for taking on the pair of overpaid power forwards. By dumping the deals, the Nuggets managed to escape the luxury tax for next season by dumping a significant portion of their payroll.

So how does this all relate to the Smart situation?

These deals effectively take Brooklyn out of the running to sign Smart outright to an offer sheet. After the trades are finalized, the Nets will have just a couple million dollars remaining in room under the salary cap, falling far short of what would be needed to appeal to Smart in an offer.

Additionally, any hypothetical sign-and-trade with Brooklyn would essentially be off the table because of the lack of potential fits on the Nets roster from a salary matching standpoint that could be appealing to Boston. Bostonsportsjournal.com reported last night that a sign-and-trade involving Smart was ‘highly unlikely,’ according to a league source.

All of this continues to put a squeeze on Smart as he searches for a multi-year offer sheet from an outside suitor. Sacramento and Chicago are now the last teams on the board that can make life tough for the Celtics and neither has shown any interest in doing so to this point.

If you’re like me, you’ve spent every day since July 1 waiting for the announcement that Smart was returning to the Celtics. We haven’t reached that day yet, but it’s good to see potential suitors drop off, such as the Nets yesterday.

As noted above, the Kings and Bulls remain the only teams with enough cap space to perhaps steal Smart away. But the Bulls are focused elsewhere.

As for the Kings, would Smart really want to play for a franchise that hasn’t made the playoffs since 2006? And has no chance of doing so in the near future? Maybe – but only if they give him enough cash to make him forget he’s in Sacramento.

As others have said during the past week, this has gone on too long. Ainge needs to get Smart re-signed already, and not just for the “lowly” qualifying offer of $6 million. Smart deserves a fair payday, one that will verify his importance to the team, provide him security, and get his head in a place where he’s focused on basketball and nothing else.

On Page 2: The power of Kyrie

“Uncle Drew,” the movie starring Boston Celtics guard Kyrie Irving, is being considered a hit, doing $33.4 million at the U.S. box office two weeks after its release in theaters.

The comedy, which debuted on June 29, was made on a budget of less than $20 million. By comparison, “Semi-Pro,” which starred Will Ferrell as a player-owner of a fictional ABA team, only brought in $33.4 million domestically for the entirety of its run in theaters — and that came off a reported budget of $55 million.

Spitz said the movie has received a bump from good word-of-mouth, and that the numbers are especially good on weekdays.

“Many people come thinking it’s a basketball movie,” Spitz said, “but realize it has much more.”

The highest-grossing basketball movie of all time was “Space Jam” starring Michael Jordan, which took in an inflation-adjusted $145 million at the box office.

Kyrie Irving is a popular dude. At the end of the regular season last April, his jersey ranked fifth on the list of NBA best-sellers. Now he’s beating Will Ferrell in the movie game. Not too shabby.

But let’s not start any rumors that Kyrie wants to play near Hollywood.

And, finally… Tweets of the day

In other words, @RealJayWilliams says the Celtics are beating the Warriors in the Finals. pic.twitter.com/T0k6HIQlur

This is the first time I’ve heard any notable commentator say outright that the Celtics will win the 2019 Finals. Although Williams is going against the grain, his analysis about match-ups is on the money. The Cs have also won three of the last five meetings versus Golden State – two of them on the road.

Meanwhile, Taco Jay was back in his hometown of St. Louis, and delivered a more-than-acceptable first pitch at the Cardinals game.

Jayson Tatum after throwing out tonight's first pitch: "The mound is a lot farther than I expected." #STLCards pic.twitter.com/hRcecQeHZF

Lastly, it’s another chapter in the Danny-Terry love affair…

NBC Sports Boston: With LeBron gone, here’s how the Eastern Conference is shaping up  |  Long shot Martin does his best to impress Celtics in Summer League

Boston Sports Journal: Jaylen Brown is doing his best to block out the trade rumors

SB Nation: Isaiah Thomas has to prove himself … again. Doubt him at your own peril.

ESPN: The NBA’s version of a crowded bar: Inside the Las Vegas schmooze pit