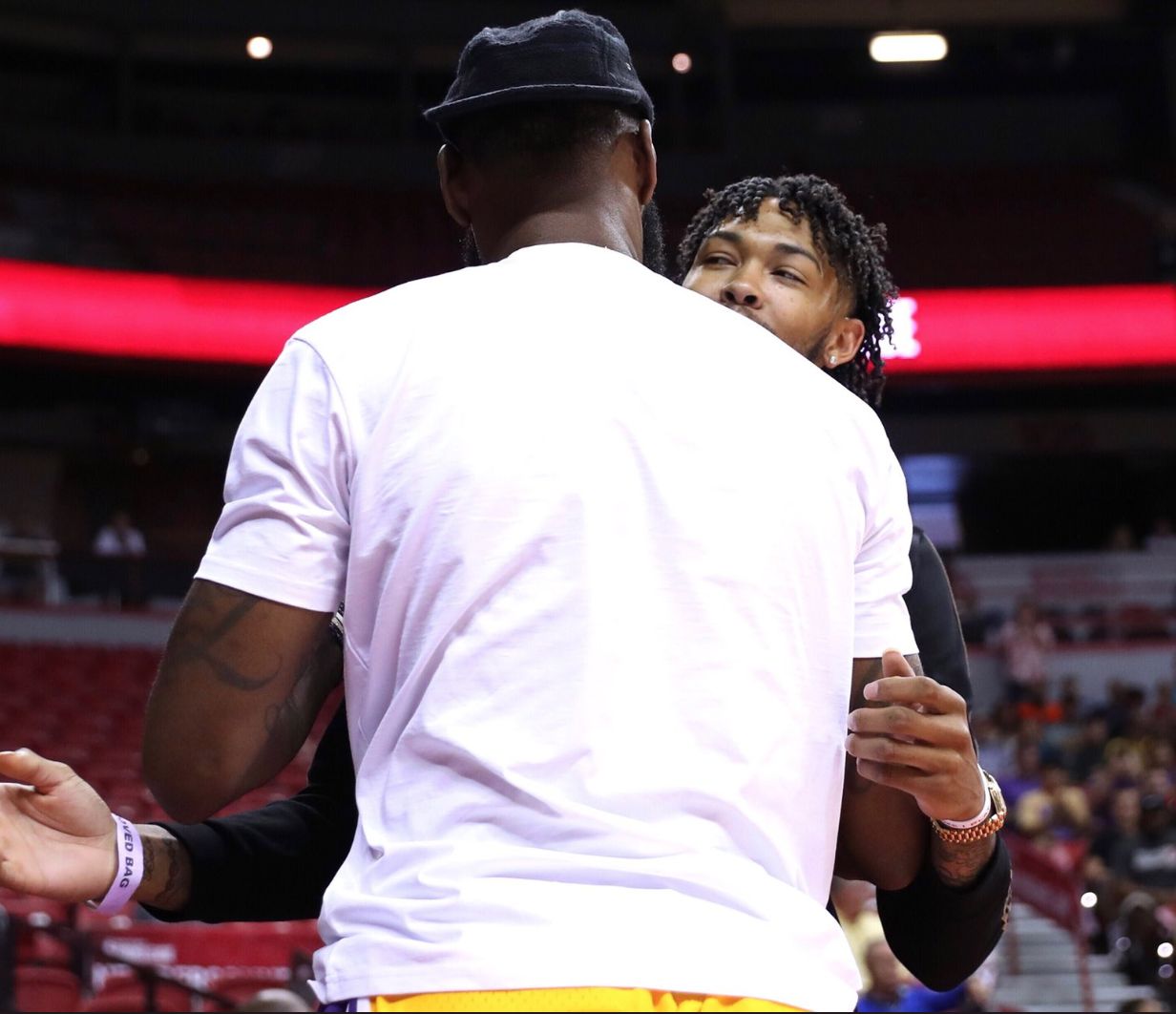 In the first couple of weeks that have followed his agreement to join the Los Angeles Lakers on a four-year, $153 million deal, All-Star forward LeBron James had yet to make a public appearance.

With that in mind, the 33-year-old finally made his way out on Sunday afternoon to watch the Lakers’ summer league team compete in a playoff game against the Detroit Pistons. Among those that were also there in attendance was his new teammate Brandon Ingram, who took a moment to meet up with him during the early goings of the game.

There is a clear high level of excitement about this upcoming season for the Lakers with much of that centered on how James will play with the young core that will be headlined by Ingram. This is a unique opportunity for the 20-year-old to play alongside the four-time league MVP where he could further mold himself in a rising star in the league.

Ingram is coming off a promising second year where he experienced a significant jump across the board becoming a more well-rounded player and effective scorer. The presence of James is expected to help the former 2016 second overall selection take another huge step forward in becoming a cornerstone piece of the franchise that be a key part of the Lakers make strides toward competing for an NBA title.

Nonetheless, James has brought back a buzz in Los Angeles that has been lacking for quite some time.