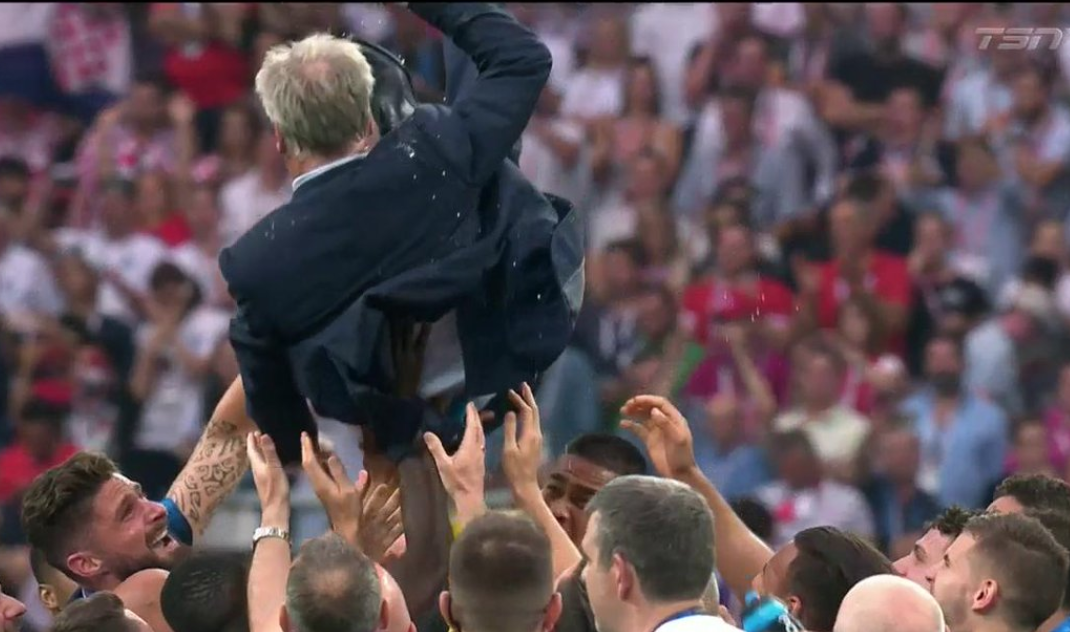 Deschamps and his managerial style proved to be the perfect fit for the young team, which is loaded with talent at every position. Furthermore, his tactics helped France limit their opponent’s chances, while utilizing the team’s speed on the counterattack. It worked well in Sunday’s match, as Croatia came out on the offensive early, but France were able to weather the storm, and they were able to wear Vatreni down in the second half of the match.

Deschamps did get his moment, which he clearly deserved, after the match was over, as his players tossed him into the air (and caught him) in celebration.

It was a great moment for Deschamps and his players.