Should The Tigers Trade Michael Fulmer? 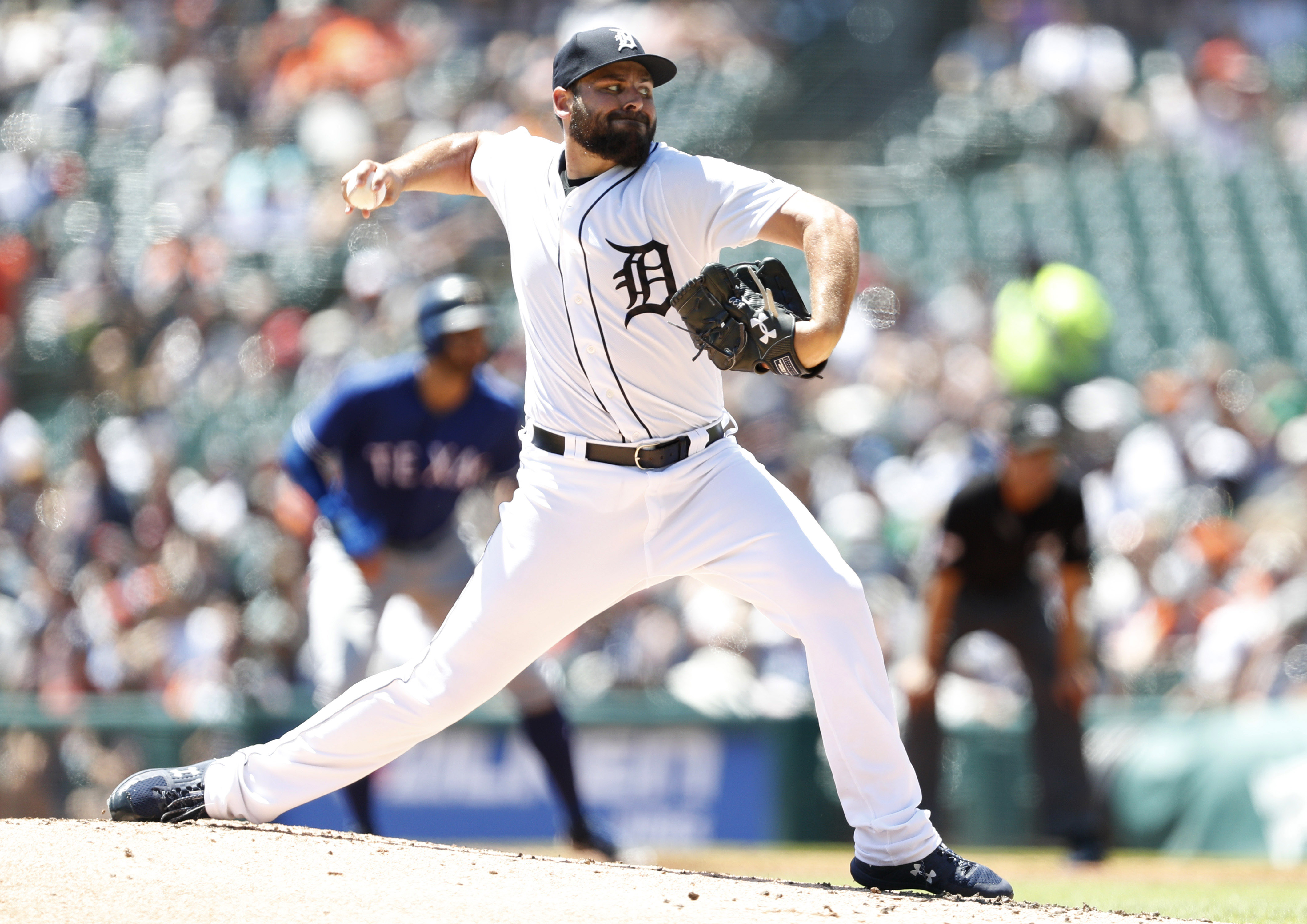 Should The Tigers Trade Michael Fulmer?

With the Major League Baseball trade deadline looming at the end of this month, teams across the MLB are deciding if they should be buyers, sellers or stand pat. The Detroit Tigers, who sit at 3rd place in the American League Central Division with a 41-57 record, should clearly be sellers while in the midst of a rebuild.

While the Tigers don’t have many players that contending teams are clamoring over, they do have a few. One of those players is starting pitcher Michael Fulmer. He has the type of stuff that could solidify a rotation for the rest of the regular season and help out in a playoff run as well.

Fulmer’s big league career started off with quite the bang when he made his debut with Detroit in 2016. He was acquired in a deadline deal in 2015 with the New York Mets that sent outfielder Yoenis Cespedes to the Big Apple and brought Fulmer to the Motor City.

He went 11-7 with a 3.06 earned-run average and a 1.12 walks-hits per inning pitched in 26 starts. He also averaged 7.5 strikeouts per nine. Fulmer also started his trophy collection in his first year in the majors as he won the Rookie of the Year Award and was even 10th in the Cy Young voting in the AL.

Last year, as he battled some elbow problems, was less spectacular than his rookie campaign, but it was still a solid season for a 24-year-old. He went 10-12 with a 3.83 ERA and a 1.15 WHIP in 25 starts. He also made the All-Star team as he led the American League in home-runs allowed per nine innings pitched.

This year, though, the decline has continued as Fulmer is currently 3-9 with a 4.50 ERA and a 1.32 WHIP in 19 starts before the break. His latest start, against the defending World Series champion Houston Astros, was probably his worst of the season. He went 4.2 innings pitched, allowing seven earned runs on ten hits and two walks while only striking out two. The Astros do have one of the best hitting lineups in the MLB with the likes of Alex Bregman and George Springer, but it was still not a promising start.

For his career, Fulmer has a 24-28 record with a 3.72 ERA and a 1.18 WHIP in 70 games started. He has also been worth a solid 9.9 WAR (Wins Above Replacement) for those who enjoy sabermetrics. Not the greatest stat line, but not too shabby either, for a pitcher at this stage of their career.

There have been some troubling signs for Fulmer in his young career thus far. His ERA and WHIP have gone up each year (albeit that trend could change if he has a strong second half of the season) and he has already shown signs of injury at a young age. The injury, being an elbow issue, is even more troubling for a player who makes his living using that elbow every play as a pitcher. He has also been said to have a delivery that is not smooth and makes him susceptible to injury.

But for all of the signs that say the Tigers should trade Michael Fulmer, there are also reasons they should keep him. He is still relatively young at 25 and already has some solid major league experience under his belt as he broke into the majors at 23. He has also proven to be a reliable starter with front-end of the rotation type stuff when healthy. He is also cheap, as he is only making just over $575,000 this year, and can be under team control until 2023, at the very least, before hitting free agency.

So with all that being said, I believe the Tigers should keep Michael Fulmer unless a team offers something that blows general manager Al Avila and the rest of the front office away. He is still young with the potential to be an ace (or at the very least a very solid second or third starter) of a pitching staff. He has shown he has a filthy arsenal with a fastball that routinely sits in the uppers 90’s. And while that previous injury can be scary, I think Fulmer is someone you roll the dice with and hope he stays healthy, because he has been productive, for the most part, when he is at full strength.

I know this season has been somewhat of a disappointment, but he showed flashes of brilliance in his first two seasons in the majors. If you’re a rebuilding team like the Tigers, you should hope that Fulmer could be the savvy veteran that is leading your rotation in a few years when you’re (hopefully) back in contention. They have many young, talented pitchers in the minors and Fulmer could be a perfect fit to help those young guys grow once they make it to the show.

But with teams being desperate for a premium position like starting pitching, an offer may come along for one of the better pitchers who may be available at the deadline in Michael Fulmer. And for a rebuilding team like the Tigers, a package of prospects might be too much to pass up, if given the chance.

These next two weeks will be interesting in the D.