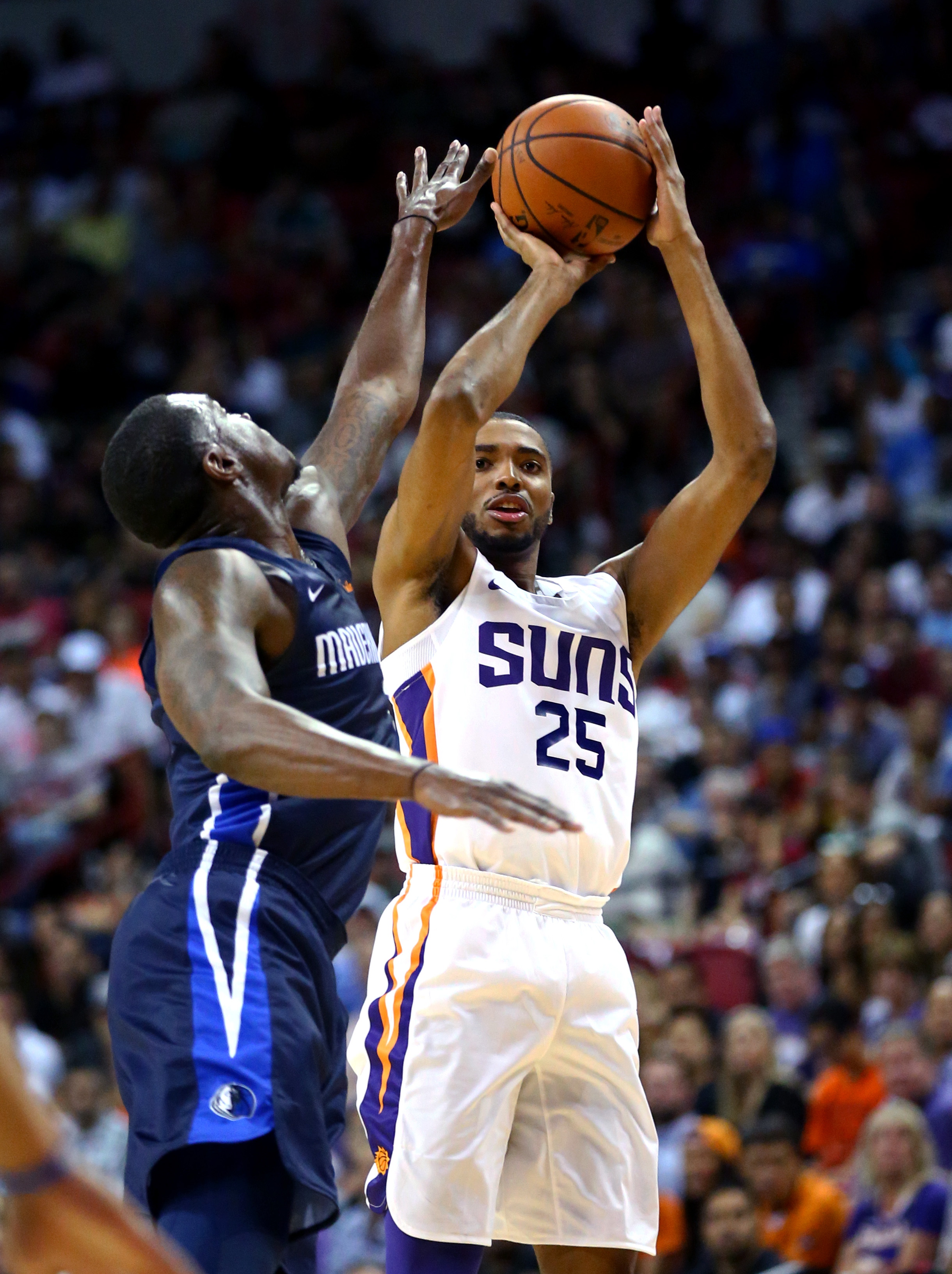 After three straight wins at NBA Summer League, the Phoenix Suns fell the Philadelphia 76ers in the first round of bracket play. The Suns finished on a win over the San Antonio Spurs, in a consolation game before heading home.

With Summer League in the rearview mirror, its time to look at the impact the rookies made for the Suns.

It was no surprise that DeAndre Ayton showed up ready to contribute. The first overall draft pick is built to transition smoothly to the NBA. Standing at 7’0″ with 250 lbs. packed onto his frame, Ayton stands out in the 2018 Draft class as physically being the most NBA ready. As showcased at the University of Arizona, the center proved he is dominant at the post, while also displaying range beyond the arc.

During the tournament, he proved to be just as good as everyone thought. He is aggressive on defense, seeking out opportunities to steal, block and rebound. On offense, his IQ is evident by his elevated ability to see holes in the defense and use his range to take advantage of it. He particularly stood out when he dominated against the Orlando Magic and shut down fellow rookie, Mo Bamba. Overall he is dynamic and consistent, averaging 14.5 points and 10.5 rebounds per game.

Summer League by the numbers for PHX’s lotto picks:

As part of a trade deal with the 76ers the Suns received Mikal Bridges, the 10th overall selection. Bridges is another one of the few players who is dubbed to NBA-ready. Ideally, he will create relief for the Suns on the wing.

What stood out most in his first NBA appearance, was his hustle. Fans lost it when he administrated and chase-down block, then hit a corner-3 as a result of that possession. As a rookie there is always room for improvement. Bridges will need to increase his overall production.

He did shoot a 46% field goal average, and 43.8% from 3-range.  On defense he snagged 1.60 steals per game. As the ball gets fed to him more overtime, his numbers indicate that teammate Josh Jackson is in jeopardy of being passed in the rotation. This is of course Summer League though, and regular season is a entirely different beast.

At one point in Suns’ history, Phoenix was in the playoffs 13 years in a row. They are now in an 8-year playoffs drought. With the resigning of Devin Booker and the addition of these productive rookies, the Suns may be back in the playoffs sooner rather than later.