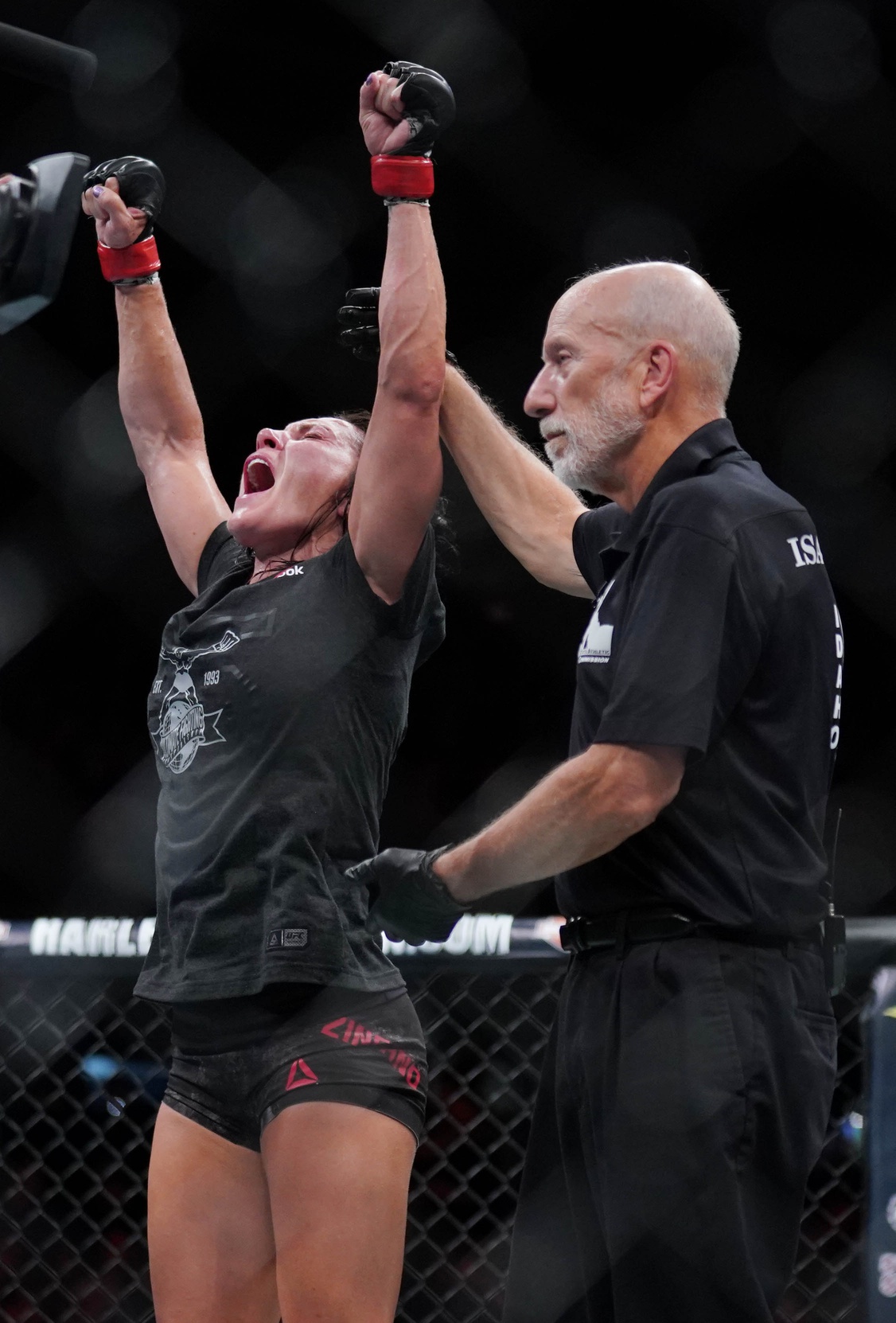 All hail Alpha Cat, Queen of the Takedown.