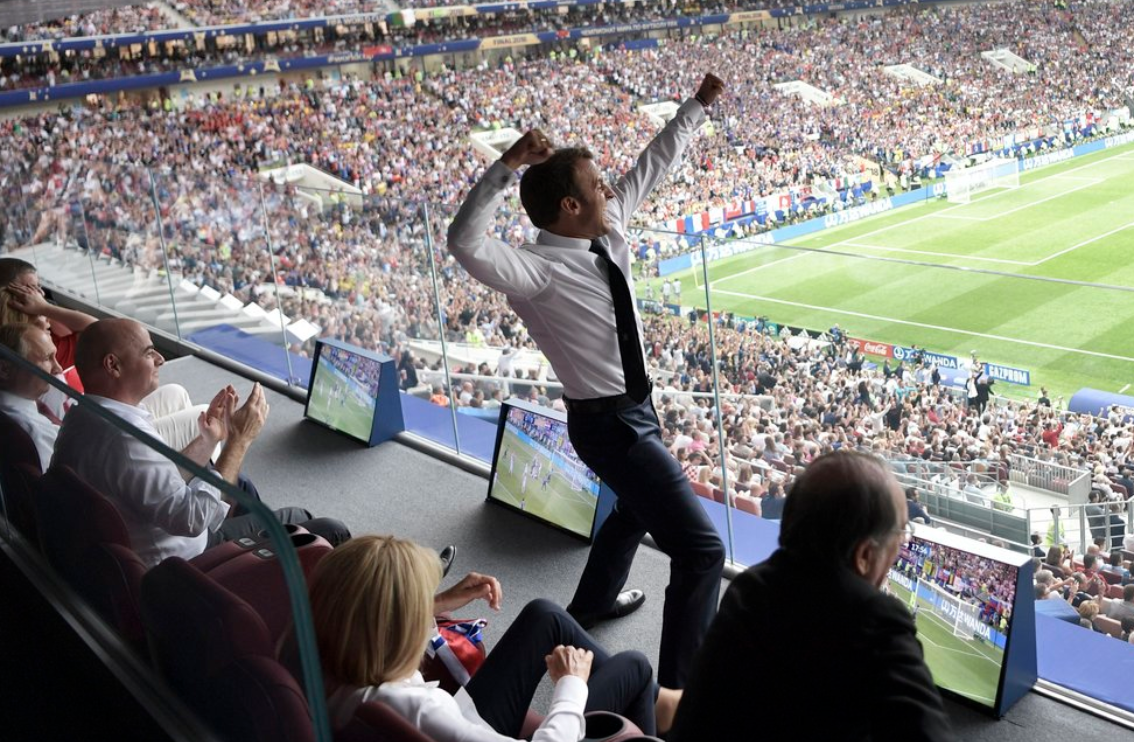 World Cup fever has swept through Franc, with Les Bleus having looked to be the most dominant team in the tournament.

Sure enough, they proved to be exactly that, jumping out to 1-0 lead over Croatia in the World Cup final, and later emerging victorious by a 4-2 margin.

Fans having been going absolutely nuts, and apparently politicians have been as well. French president Emmanuel Macron was at Sunday’s match, watching from the press box with the media around him. It’s safe to say reporters probably weren’t expecting Macron to stand up on a table and raise his fists in celebration.

Yeah, it was lit!