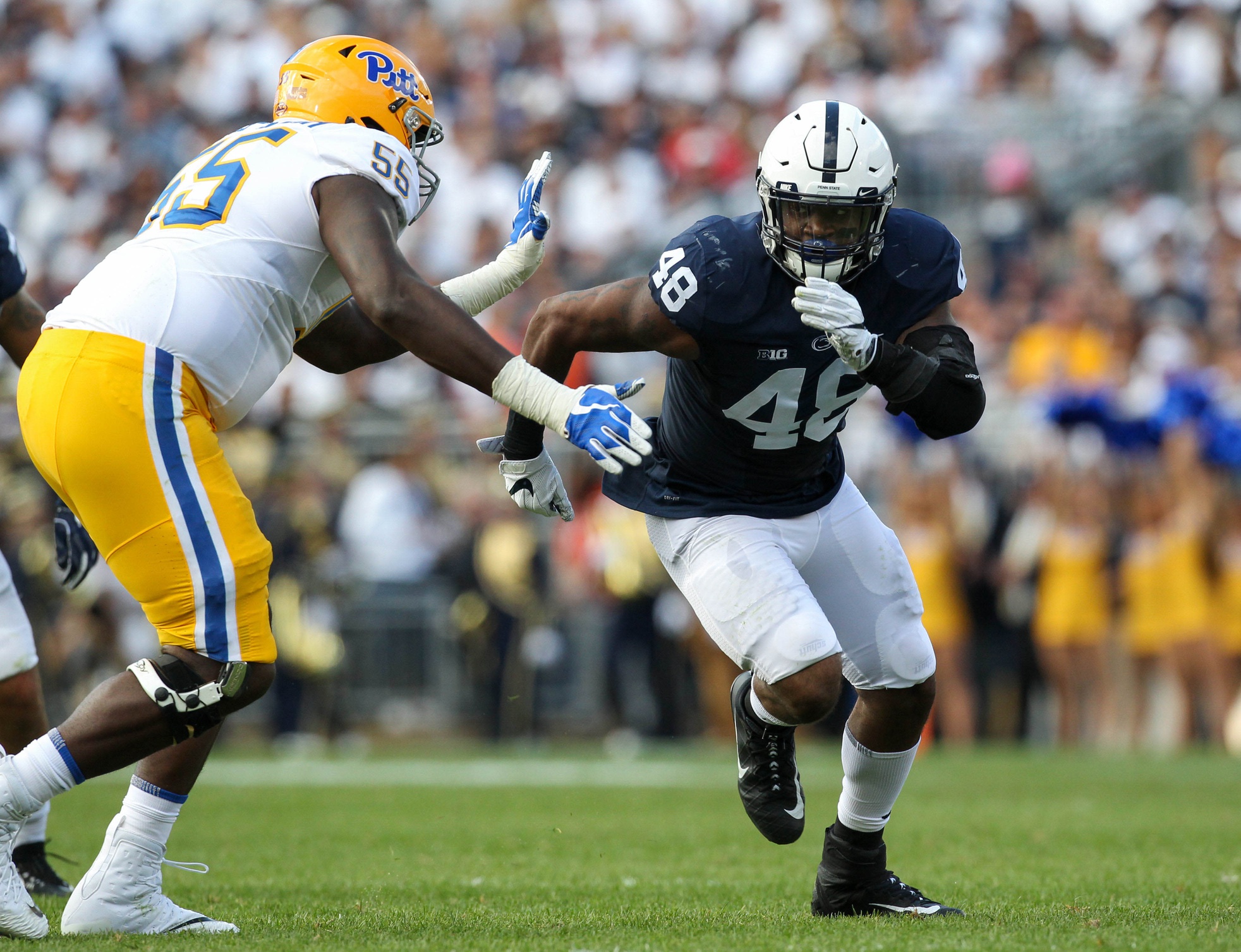 Can Shareef Miller bring the Bednarik Award back to Happy Valley?

Miller recorded 37 tackles in 13 games with five sacks and 11 tackles for a loss. He may not have racked up a gaudy tackle number, but his penetration behind the line of scrimmage helped to earn Miller third-team All-Big Ten honors last fall. His efforts led to Miller being added to the Bednarik Award watch list midway through the 2017 season after not initially appearing on the watch list. It is clear the Maxwell Football Club has taken notice of what Miller has to offer.

But what are the odds Miller comes out as this year’s Bednarik Award winner? From the looks of things right now, it is going to be a very challenging award for Miller to win.

The watch list for the award has some serious star power with Ohio State’s Nick Bosa, Michigan’s Rashan Gary, Houston’s Ed Oliver, Clemson’s Clelin Ferrell, and Alabama’s Raekwon Davis. All could flirt with being first round draft picks next spring in the NFL Draft. It has also been a while since a Big Ten player won the award. As it turns out, a Penn State player is the most recent Big Ten player to win the award, just like the Maxwell Award. Linebacker Dan Connor was the most recent Penn State and Big Ten player to win the award, doing so in 2007 (Nebraska’s Ndamukong Suh won the award in 2009, but the Huskers were a Big 12 member at the time).

The Philadelphia-area-based Maxwell Football Club does have an eye on talent closer to home, however. Pittsburgh’s Aaron Donald won the award in 2013 and Temple linebacker Tyler Matakevich took the award in 2015. It may also be worth noting Miller is a Philadelphia native. Could that all lead to improving Miller’s chances? You just never know.

Alabama has had a player win the Bednarik Award each of the past two seasons (Jonathan Allen in 2016, Minkah Fitzpatrick in 2017). Northwestern (2), LSU (2), and the Crimson Tide (2) are the only other schools besides Penn State to have multiple Bednarik Award winners.