Twitter reacts to how jacked Bryce Harper's dad is 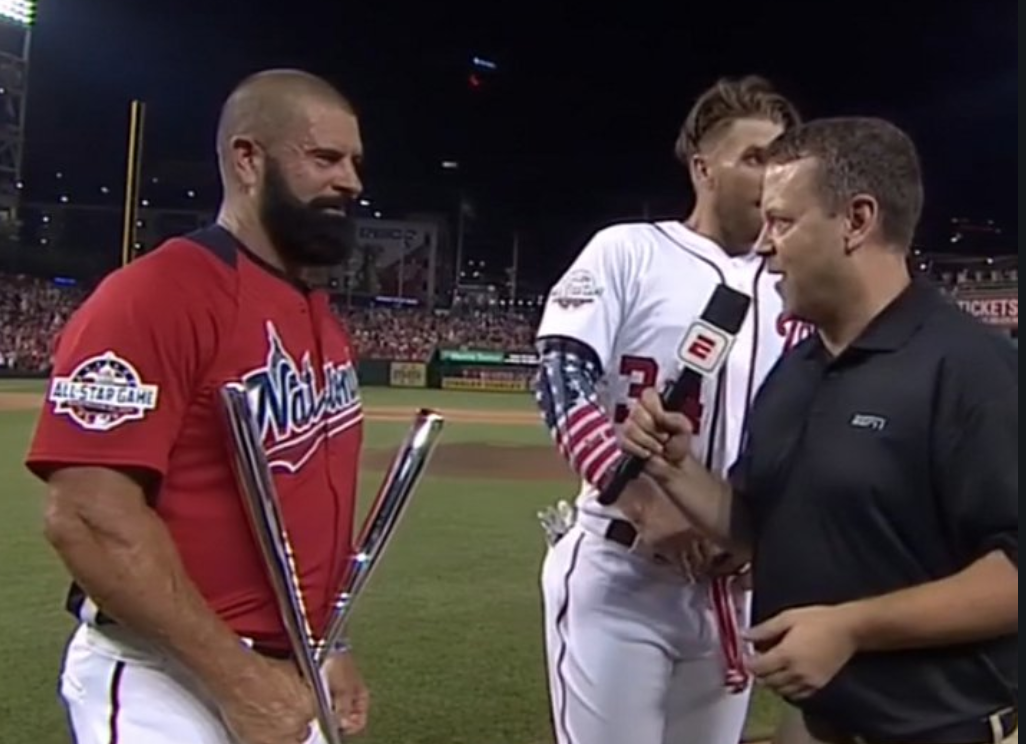 Twitter reacts to how jacked Bryce Harper's dad is

Nationals slugger Bryce Harper was the favorite to win the 2018 Home Run Derby heading into the event, and with good reason.

And while Harper has been in a slump over the past few months, he’s still in his prime at 25 years of age, and he weighs 230 pounds — most of which is lean muscle. Here’s more information on his workout routine and diet plan.  No matter what form he’s currently in, he’s always a threat at the plate. Well, we now know where he gets it from, and it’s all about genetics.

Bryce’s dad, Ron, pitched to him at the Home Run Derby, and baseball fans learned that he’s actually more jacked than Bryce is. Not only that, he rocked the same signature beard that his son has been known for in the past.

BRYCE HARPER WINS THE DERBY. What a moment. Harper celebrates his victory with his Dad in front of the home crowd pic.twitter.com/f7T5g02oQJ

Had no idea Bryce Harper's dad was Bob Roode pic.twitter.com/az6Lyig84s

No wonder why Bryce Harper’s dad couldn’t throw strikes, the ball feels like a pebble to him. pic.twitter.com/nmw60KH5Yo

Who would win an arm wrestling match between Bryce Harper’s and Marcus Stroman’s dad? pic.twitter.com/OqsNfEz6jD

With Bryce Harper hitting .214 maybe MLB will let his dad pitch to him the rest of the season.

Harper did end up winning the Home Run Derby in front of the home crowd at Nationals Park — edging Kyle Schwarber to do so. Social media has been buzzing about both him and his father since that time, with good reason.