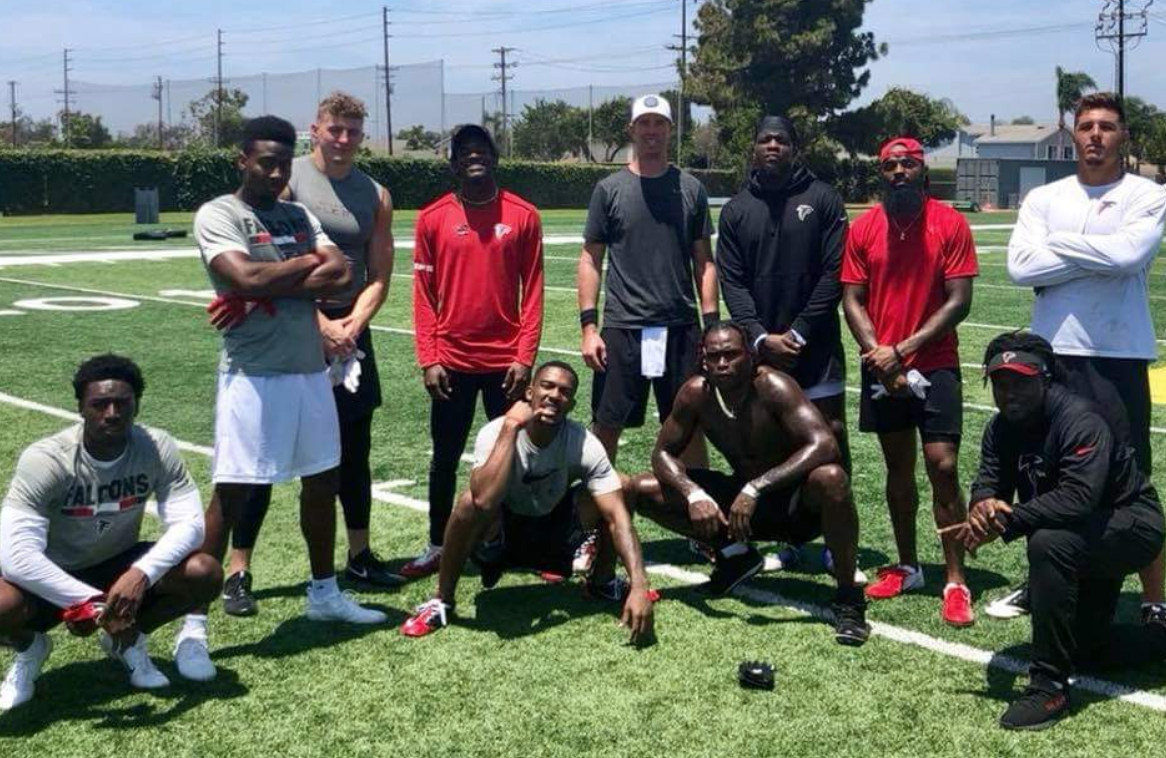 Atlanta Falcons fans can finally breathe a bit easier, with training camp just around the corner.

Star receiver Julio Jones, who failed to report to organized team activities (OTAs), apparently has been working out with the rest of the receiving corps — as well as quarterback Matt Ryan.

Rookie receiver Calvin Ridley posted a photo to his Snapchat, showing him, Jones, Ryan and the rest of the team’s targets in the passing game on the football field. And it sure looked hot, so they all must have gotten some serious sun in doing so.

Jones has been seeking a long-term deal, but the team has yet to award him one.