Minor League Mondays: Peter Alonso Puts On A Show At The Futures Game 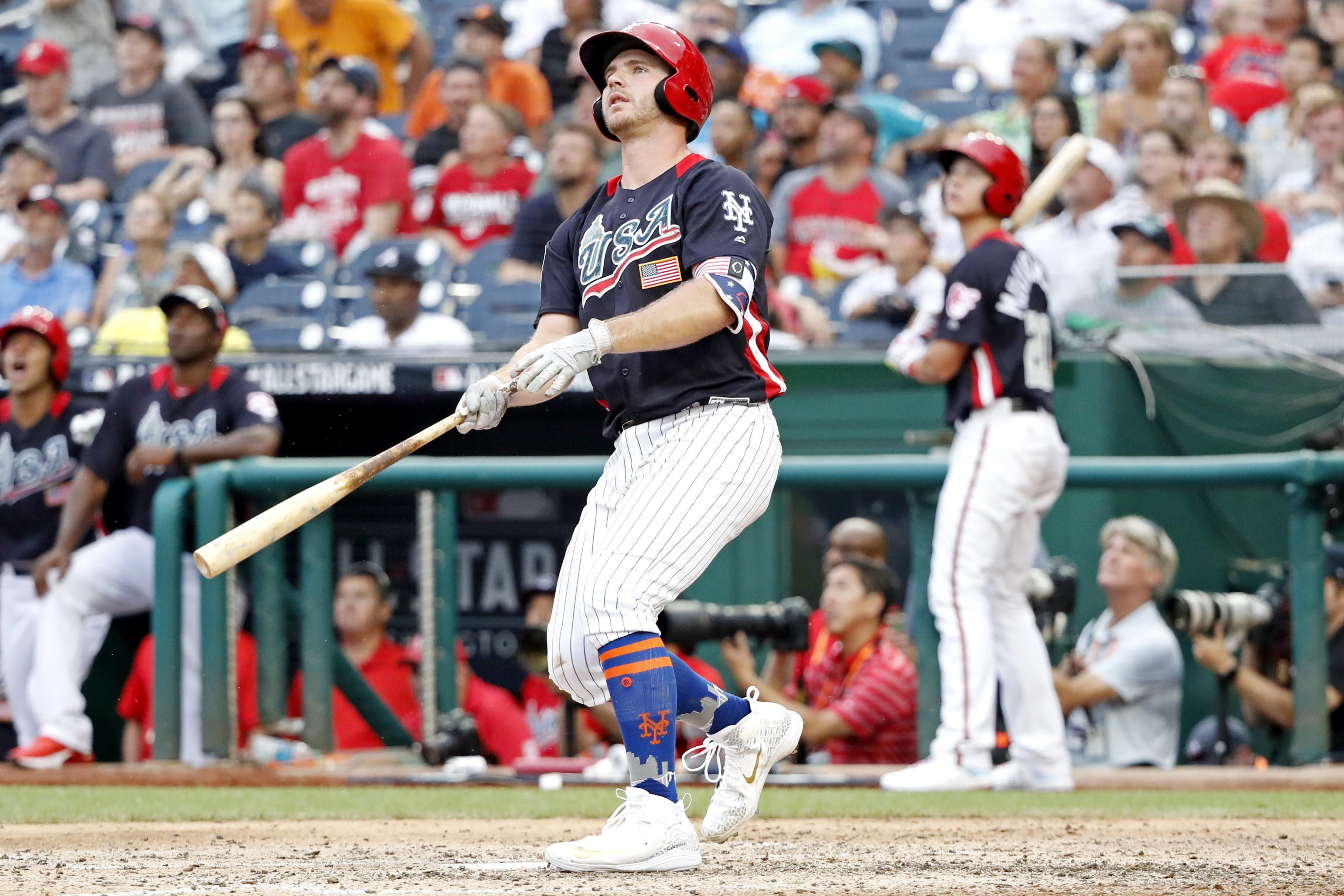 Minor League Mondays: Peter Alonso Puts On A Show At The Futures Game

While the baseball world focused on the end of the first half yesterday, some of the game’s brightest young talent took part in the All Star Futures Game in Washington, D.C. The event, held every year on the Sunday prior to the All Star Game, is a showcase for some of the game’s future stars. The New York Mets sent two players to the game, but the main headline to come from their representatives was the absolute show that first baseman Peter Alonso put on. Alonso, along with shortstop Andres Gimenez, is the focus of a Futures Game edition of Minor League Mondays.

Things got crazy for Alonso before the game, when he put on an absolute show during batting practice, J.J. Cooper of Baseball America reports. Alonso was among the last group of five hitters that the U.S. team sent out for batting practice, and he shone the brightest among them. Cooper raved about Alonso’s raw power, where he launched a ton of deep homers, including one that cleared the left field bleachers at Nationals Park and another that bounced onto the concourse in left center. Alonso also demonstrated impressive power to center field, and he carried that power display over to the actual game, when he launched a mammoth two run homer in the seventh inning.

Does this count as #CRUSHED?! @PeterAlonso20 with an absolute moonshot in the All-Star #FuturesGame! pic.twitter.com/uuxiolaJ1p

The U.S. team didn’t insert Alonso into the game until the fifth inning, but he did impress everyone with that massive homer. Alonso went 1 for 2 on the day to help the U.S. earn a 10-6 win over the world team, but the highlight of the event was his raw power. Check out some of the incredible Statcast data on Alonso’s bomb.

Can honestly say #Mets prospect Peter Alonso just hit a HR that #statcast may not have seen.

No @MLB player has hit a HR with that kind of height AND exit velocity since the tracking technology launched in 2015.

It was part of a strong day for Alonso, who has quickly emerged as the potential future for the Mets at first base this season. Alonso absolutely destroyed Eastern League pitching this season, batting .314 with 15 homers and 52 RBI’s for AA Binghamton over his first 65 games. The strong start earned Alonso a promotion to AAA Las Vegas, where he has scuffled a bit in the average department, hitting only .190 in 28 games. The power numbers have translated to Las Vegas, however, as Alonso has six more homers and 23 RBI’s for the 51’s over his first 23 games there. The Mets have to hope that Alonso can carry his strong showing from the Futures Game into the second half of the minor league season, allowing him to get hot enough to earn a promotion to the majors.

The other Mets’ prospect at the Futures Game was 19 year old shortstop Andres Gimenez, who represented the Amazin’s for the World team. Gimenez was a defensive replacement in the game and went hitless in two at bats, but the fact that he has already made a Futures Game bodes well for the Mets’ top prospect. The Mets have aggressively moved Gimenez through the farm system as a result of his advanced eye at the plate, and he has handled every challenge thrown his way with poise. Gimenez has played this season with High-A St. Lucie, and he has held his own, batting .278 with six home runs, 29 RBI’s, 26 stolen bases, and a .344 on base percentage in 82 games. Those are strong numbers in their own right, but they are even more impressive when you consider the fact that Gimenez is (on average) three years younger than his competition in the Florida State League. It will be a bit before Gimenez is a factor for the big club, but the Mets have to hope that he and Alonso are a big part of the franchise’s future.