The Rock Gives Status On Real-Life Heat With John Cena 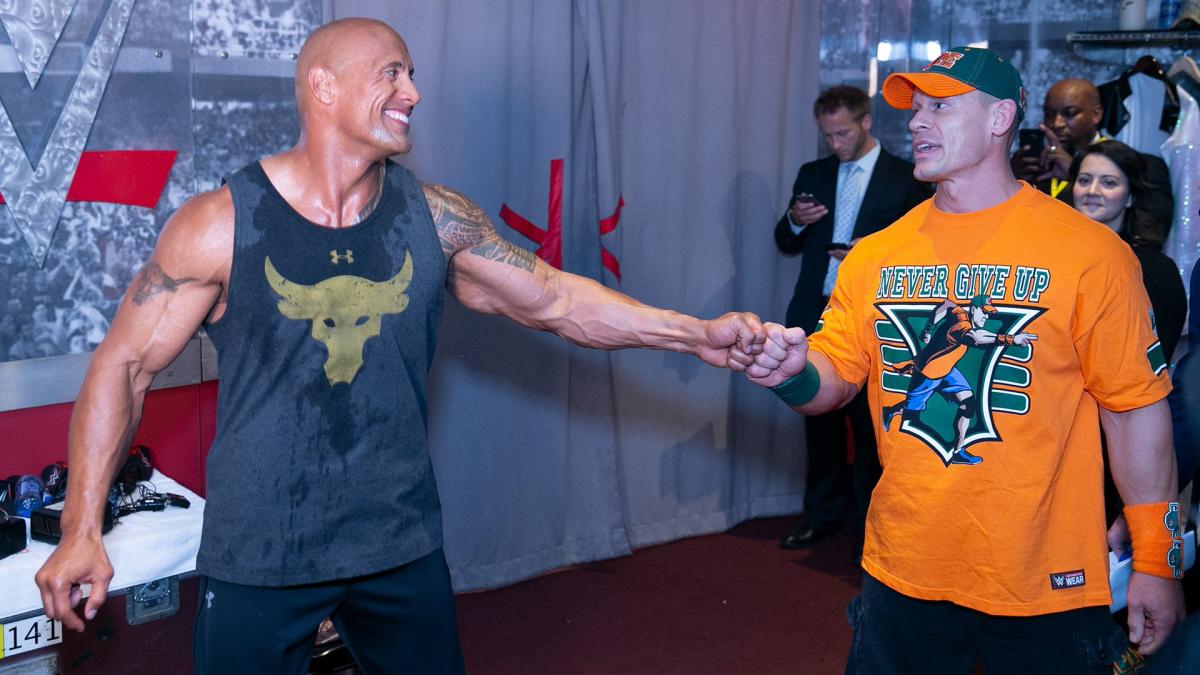 The Rock Gives Status On Real-Life Heat With John Cena

For many fans of “The People’s Champ”, the expectation was much greater than the list of appearances that he’s had since 2011. However, since them, Rock has become the highest grossing actor in Hollywood, and has further invested in his media company, Seven Bucks Productions.

For John Cena, the somewhat-misleading promo that The Rock cut to his fans struck a chord to him, since he was so embedded in the pro wrestling business being the top name of the company for six years at the time. Parts of the animosity between Cena and Rock seemed to be just a storyline, but there was also an undercurrent of reality to it.

– @TheRock reveals the truth behind his ‘beef’ with WWE superstar @JohnCena – and their relationship now https://t.co/eZUWKRq1Fu pic.twitter.com/FvKr64rcY1

Throughout several interviews since their feud, both Rock and Cena admitted that there was some reality to their feud and promos. In a recent interview with Watch What Happens Live, Rock reaffirmed that the two were at odds with each other before, and gave a status of their current relationship.

“I think we squashed that,” said Rock. “As a matter of fact, John [Cena] is gonna star in one of my movies that I’m producing, and I think he’s done great. He’s doing great in his transition, and he really wants to continue to work hard.”

The Rock Wants To Wrestle Again In WWE

Although Rock stated that a good portion of his on-screen feud with Cena was for show, he did admit that there was real-life animosity towards Cena.

“I had left, and he had done a series of interviews, radio interviews, and I just felt… somebody had referenced me and said, ‘hey, is Rock ever coming back?’ And he said, ‘I not quite too sure,’ but I just didn’t like how he said it and it stuck with me.

“So years later, when I went back, I talked to Vince McMahon and we thought, what if we actually took that and created this kind of thing, and I said ‘perfect’. Fortunately, having the biggest box office record in WWE history, which was awesome. And when it was all done, like all silly beefs like that, like we were so cool.”

Now, Cena will be working for The Rock, as he was recently cast in a role for the upcoming movie, The Janson Directive.

Although the role was originally set for The Rock, his busy schedule did not permit this to happen, and he felt that Cena was a suitable replacement. Since their beef, Cena has publicly apologized for his comments of Rock regarding his commitment to WWE.

If any portion of these quotes are used, please be sure to credit Watch What Happens Live with a h/t to The Floor Seat for the transcription.