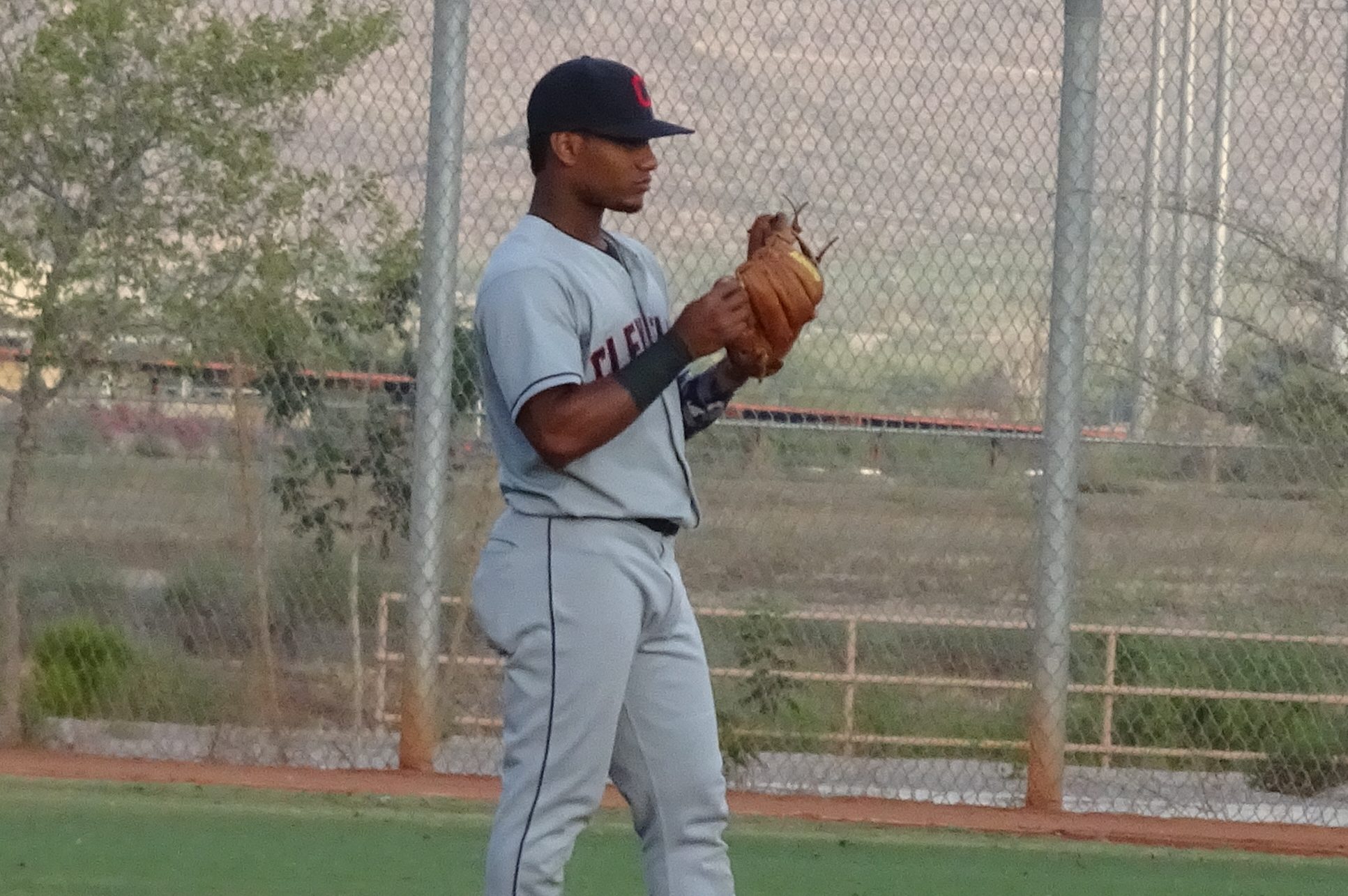 A quick glance at the third basemen used by the Indians in the minors may bring some immediate hope as Yu-Cheng Chang, Eric Stamets and Yandy Diaz have all played it in AAA (as well as Francisco Mejia in the Arizona Fall League) with Dillon Persinger and Tyler Friis getting some reps at the lower levels. However, players with MLB experience don’t count for our lists (so Yandy and Mejia are out) and the rest are all short stops or second basemen. Among pure third basemen, things look a little more dour.

From the 2017 list, Yonathan Mendoza (5) has left through free agency, Persinger (7) and Wilbis Santiago (4) are now considered second basemen and Jon Laureano (8) is now a catcher (although he changed position too late to be included on the catcher list).

Other than his season in Mahoning Valley, Cerda has primarily been a third baseman with some time spent at second. He is a bit of a lead glove, has shown some power but doesn’t have it reliably and hasn’t been a good base runner since his two years in the DSL. What he does have is enough games as a third baseman to qualify on this list and enough years in the organization to show that he won’t flame out after a year in Arizona.

To start, this 16 year old in his first year has an OBP over .400 and has already surpassed two members of the 2017 version of this list, Jeikol Contreras and Nehemias Celeston. Noel has split his time pretty evenly between first and third, but with the move of Contreras to the Indians/Brewers coop team, he could see more time at third in the near future.

Noel already has two home runs, seven doubles and five steals in his first 29 career games. Also, he’s only 16 years old. Did I mention that three times yet?

No player in the Indians system has been as versatile since Justin Toole and, with the work he put in behind the plate during spring training, he could definitely pull off a nine in nine (he even pitched four games in 2015). Finally, however, he has found a home at third base in Akron. He has played some first as well, but in general, when Haggerty has been working on his own versatility in the outfield and at second, Sever has been the starter at third. Offensively, he’s having a really solid season (his second straight), but that should be expected of a 27 year old playing his third season in AA. I’ve often overlooked Sever in the past and now that he’s finally playing well, he may be too old for it to matter.

An athletic infielder, Perez has been moved from his primary position of short stop to third and second depending on the make-up of his teammates. This shows immediately that the Indians don’t think of him as a future starting short stop, but he plays well enough defensively that he should at least hit AA as a utility man.

Offensively, Perez was a weak ground ball hitter when I first saw him in Arizona, but he has greatly improved over the last few years and was a completely different hitter when he came back to Goodyear for extended spring this year. Now, he’s nearly a power hitter with seven extra base hits in his first 18 games between Mahoning Valley and Lake County. With his high, but potentially sustainable BABIP (.340) and a decent walk rate, Perez could be an average MiLB bat.

He can’t hit a curve ball or field a grounder, but this future DH has quite the pop. His home runs at the Arizona Rookie League in 2017 and in extended spring this year are as prodigious as any 18 year old I’ve ever seen including Will Benson, Oscar Gonzalez and this year’s Henderson De Oleo. Last year, he lead the AZL with 8 home runs, but I worried that his free swinging ways would catch up with him and this year he has already struck out 18 times to 2 walks in 13 games. Minor league teams don’t have many at bats for pure DH’s, especially ones who can’t make contact, so his baseball lifeline may be near its end if he can’t improve quickly.

It’s hard to project Smith, who was a late round pick out of Western Michigan just last month. He has been used all over the infield, but was initially slated at third base, hence his qualification here. So far, he’s been a light, but consistent hitter with good speed on the bases and a good glove at all three skill infield positions. It’s hard to say where he’ll stick at this point and it may end up having more to do with his teammates than his own skill set.

Lopez moving from AZL Indians 2 to Indians 1 was a major reason Smith hasn’t been playing there lately and for good reason. Lopez has a strong arm at third although his glove work isn’t as good. He does have some power with seven triples and ten doubles over the last two seasons although he hasn’t quite adjusted to the US after spending two years in the Dominican Summer League. He outranks a few similar players from the past simply because he is more of an unknown than third basemen like Cerda and Eladio.

Almost the opposite of Francisco Mejia, Collins was drafted as a catcher, immediately moved to third and now they are asking him to continue playing catcher every once in awhile to keep his options open. An injured trapezius muscle has kept him to just 26 games in Lynchburg this year, although he’s currently rehabbing in Arizona. Collins showed great power numbers last year, with nearly equal splits between Lake County and Lynchburg. While his numbers have paled in 2018, that likely has at least something to do with this injury. It may have put him a year behind in his development, but he should get to Akron by next year. His MLB future is in extreme doubt at this point, but if he does make it up, it will almost certainly be at third, not as a catcher.

One of the most effected players by the trio of second basemen in Akron, Haggerty has been moved back to third base, where he spent much of 2016 in Lake County. He has now played significantly at second, third, short and left field with a couple games in center as well. With all his positional movements, Haggerty’s hit rate has plummeted. At the same time, his walk rate has maintained and he is hitting for more power, but his lack of hits has his average at a career low and his slugging and OBP near career lows. He’s still a high percentage base stealer and I have confidence that he will return to his normal hitting level once he is able to stabilize in a single position. That position will likely be second or third.

Jones gained his elite prospect status when he was taken in the second round in 2016, but he cemented that last year with his performance in Mahoning Valley. Now in Lake County, he has ten home runs, more than double his previous career total, but his walk and strike out rates have been hurt in the process. His defense has been an issue since the second half of 2016, although he seems to have improved significantly this season. Despite this, he’s still on the lower end of the defensive spectrum.