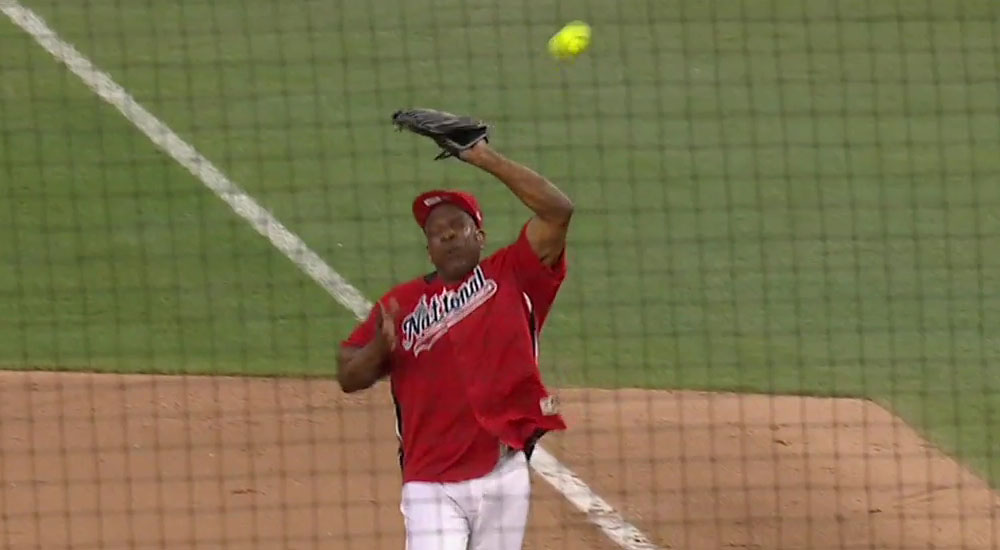 Andre Dawson played more than 20,000 innings in the field during his 21-year Major League career…all in the outfield.

Sunday, during the annual Legends and Celebrity Softball Game (it aired Monday night on ESPN), the sure-handed, eight-time Gold Glove Award winner showed why, perhaps, he was never put at first.

And while most of social media was busy having a field day with Hawk’s header…one guy had nothing but love for the Hall of Famer.

Sure, sure, Canseco tweeted at the wrong Andre Dawson, but, still…the sentiment was there.

You might recall 25 years ago when the embattled slugger suffered a similar fate. However, unlike Dawson’s blunder in a goofy mid-season game that means nothing…Canseco’s was in the fourth inning of what ended up being a 7-6 loss against the Cleveland Indians.