Juan Soto has found himself in uncharted waters 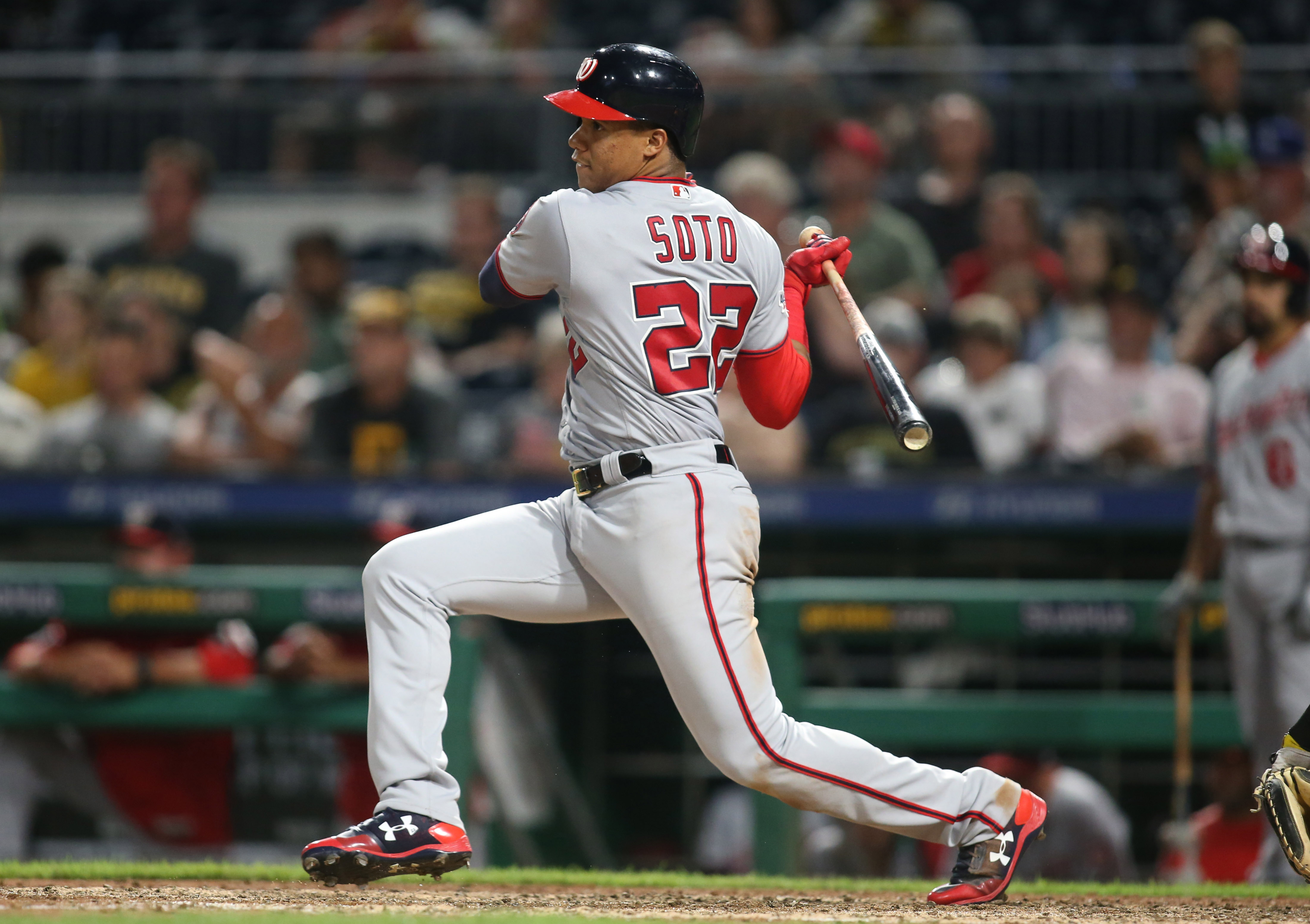 Juan Soto has found himself in uncharted waters

All the way back in April, outfielder Juan Soto was just like any other prospect. Sure, he was viewed as one of the Washington Nationals’ top minor leaguers, but he was still just a 19-year-old gearing up for his first experience in High-A ball.

Fast-forward just a few months to the big league All-Star break, and it’s safe to assume he’s accomplishing things even he didn’t expect. Fans are starting to get excited and using this offer code to place bets on the Nationals.

Eight games later, he found himself in the big leagues and hasn’t turned back. The Nationals are just 48-48 heading into Friday’s action, but they’d be a whole lot worse if they didn’t call up Soto when they did. There have been a number of outstanding teenage major leaguers in recent memory, but none of them have done this:

That’s one way to distinguish yourself.

For a player his age, Soto’s overall plate approach has been incredible — it’s not every day you see a 19-year-old boast a 15.8% walk rate and 19.6% strikeout rate through his first 209 big-league plate appearances. His numbers — which also includes a .399 wOBA and 151 wRC+ — are even more impressive upon seeing his 51.5% ground-ball rate and 29.9% fly-ball rate, all paired with a hard-hit rate that’s solid, but not overly spectacular (36.3%).

Despite that, his impact in Washington has been undeniable. When looking at hitters with at least 200 plate appearances this year, his 151 wRC+ ranks just outside the top 10. At the moment, he’s ahead of guys like Freddie Freeman, Francisco Lindor, Nelson Cruz, Paul Goldschmidt, Nolan Arenado, and Gleyber Torres.

The Nationals have a lot of work to do in the NL East with teams like the Philadelphia Phillies and Atlanta Braves outperforming expectations thus far. Nobody would’ve imagined Soto being a crucial piece to the puzzle back in March and April, but that’s exactly the case as summer eventually turns to fall.