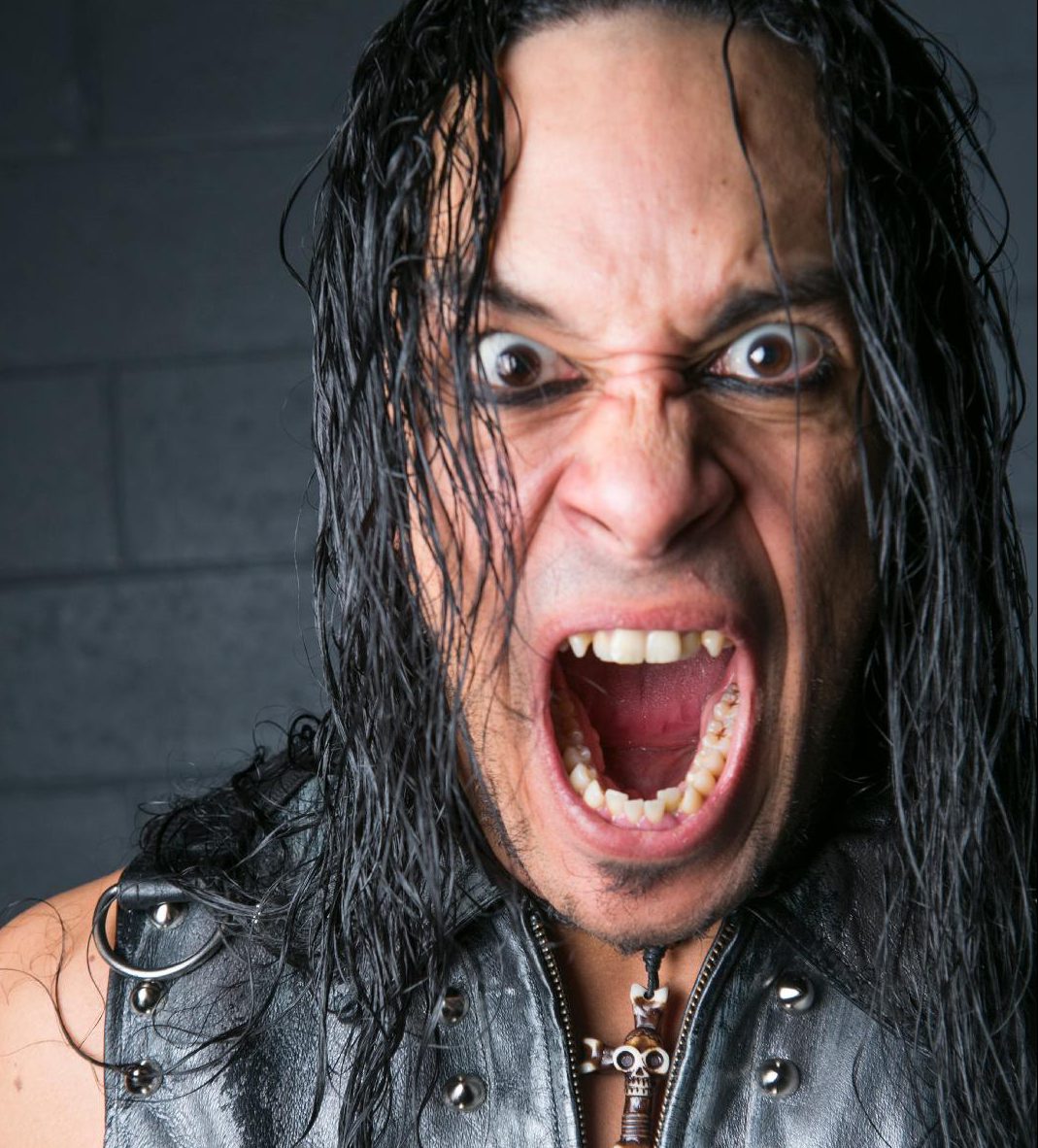 Ring of Honor World Television champion Punishment Martinez will defend his title against Scorpio Sky at Honor For All on Friday, July 20. Martinez has been a standout for ROH since his debut in 2015 but he came to the company with 11 years of experience at that time.

Fast forward three years later and Martinez is one of best talents in the company. He has a very unique look and he is very athletic for a big man. Martinez is indeed explosive in the ring and he’s arguably the toughest guy on the roster.

Martinez recently spoke to The Floor Seat about the origin of his very ominous moniker.

“That was given to me when I was a teenager, for obvious reasons. I was a fighter and then some of that fighting spilled onto the streets. So it was a nickname I was literally given on the streets, when guys started calling me Punisher.”

Punishment Martinez also talked about his impending title match with Scorpio Sky, including his feelings on where he is on the card. In terms of this bout and after 14 years in the business, is the main event important to Martinez?

“Of course that’s always the goal, to work the main event. But I think right now, especially with Ring of Honor, everybody looks to put on the best performance possible. Everybody’s looking to be the match that everybody remembers. You don’t have to go on last for that. So I really believe that right now, we’re good. Put us on first, put us on in the middle, we’re still going to deliver like we would at any other placement.”

But right now the buzz around Ring of Honor is not who’s on top but rather the top arena the company will run in 2019. Madison Square Garden will host ROH’s Supercard of Honor during WrestleMania 35 weekend on April 6 of next year.

This is huge news not only for the company but for the industry itself. MSG has traditionally been the home of WWE so for any other pro wrestling promotion to come in, especially during WWE’s biggest time of the year, is a major moment for the business. Martinez gave his take on what the event means to him and the Ring of Honor locker room.

“Madison Square Garden means a lot to everybody. We all know how important MSG is, that place, the world’s most famous arena, we know how important it is. It’s Vince McMahon’s house when it comes to pro wrestling. For me personally, as a kid in the 90’s, I went to every single event that WWF had there. So this is almost like a dream I didn’t know I had but I extremely want. Now that it’s going to happen, the words escape me. This is so important that I lose words for it. For everybody that works for the company, this is extremely important and everybody’s so proud.”

Martinez could hardly contain his excitement over the news and understandably so. He, along with every member of the ROH roster has an amazing opportunity to show up and show off on April 6. It’s an opportunity that no one in the company should take for granted and Martinez is very aware of that.

“We actually know the history we’re making. So you can imagine how hard we’re going to try and make this the best night that it can possibly be. Everybody works so hard for special moments but when you work hard for something and then you get rewarded, there’s no other feeling like it. Good for everybody involved and good for the fans, because without the fans, this wouldn’t be happening. This is them doing this.

Punishment Martinez went on to discuss the current state of pro wrestling, including the many ways social media impacts how companies like Ring of Honor does business. Martinez may not be on top of the company right now but he has the right attitude, a tremendous work ethic and the desire to do great things. Who knows what the future holds for him?