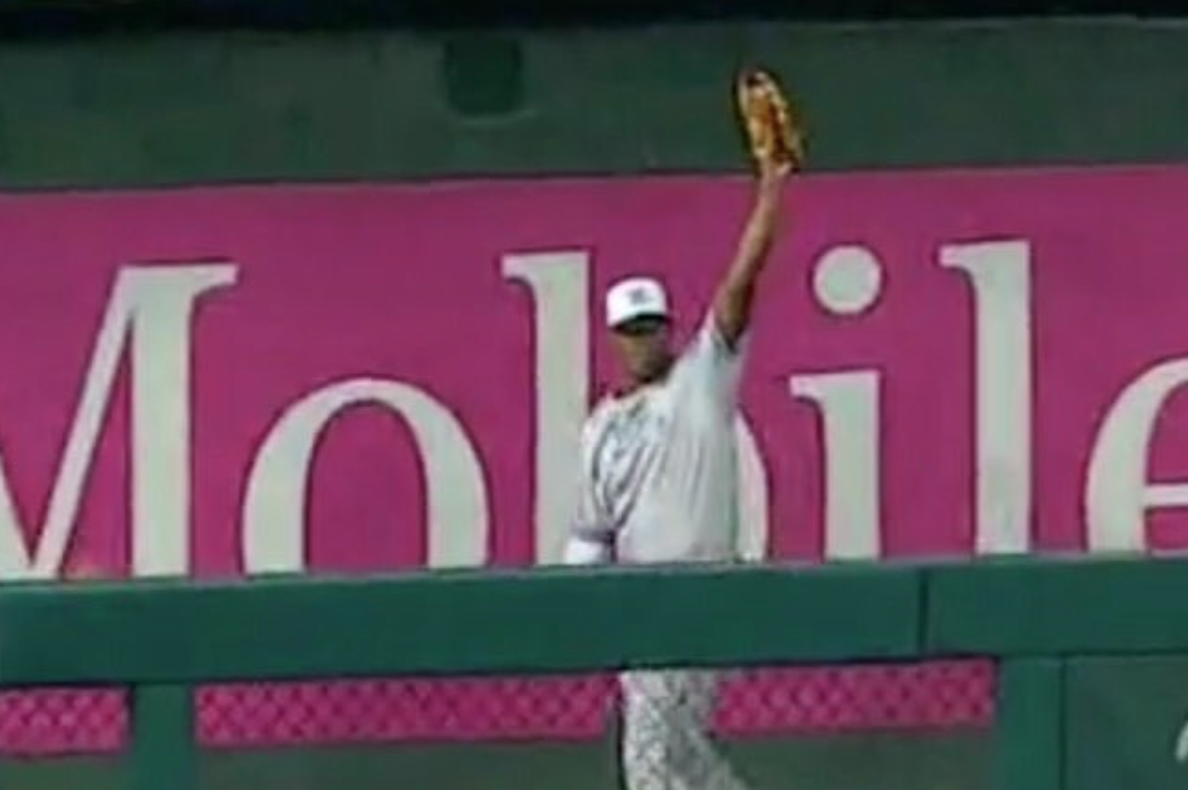 Yankees ace Luis Severino is just as stout with his glove as he is with his arm, apparently.

Severino was hanging out in the bullpen during the second inning of Tuesday’s MLB All-Star Game, when a ball that came flying off the bat of teammate Aaron Judge came hurtling in his direction.

And even though Judge is known for demolishing baseballs, Severino tracked it well, then perfectly reached out and snagged it in his glove — holding it up so the fans at Nationals Park could see.

We’re willing to bet that Severino saved the ball for his teammate. It was the first home run of the game, and it got the ball rolling for the American League sluggers in the win over the National League.