Checking The Rivals: All Star Break 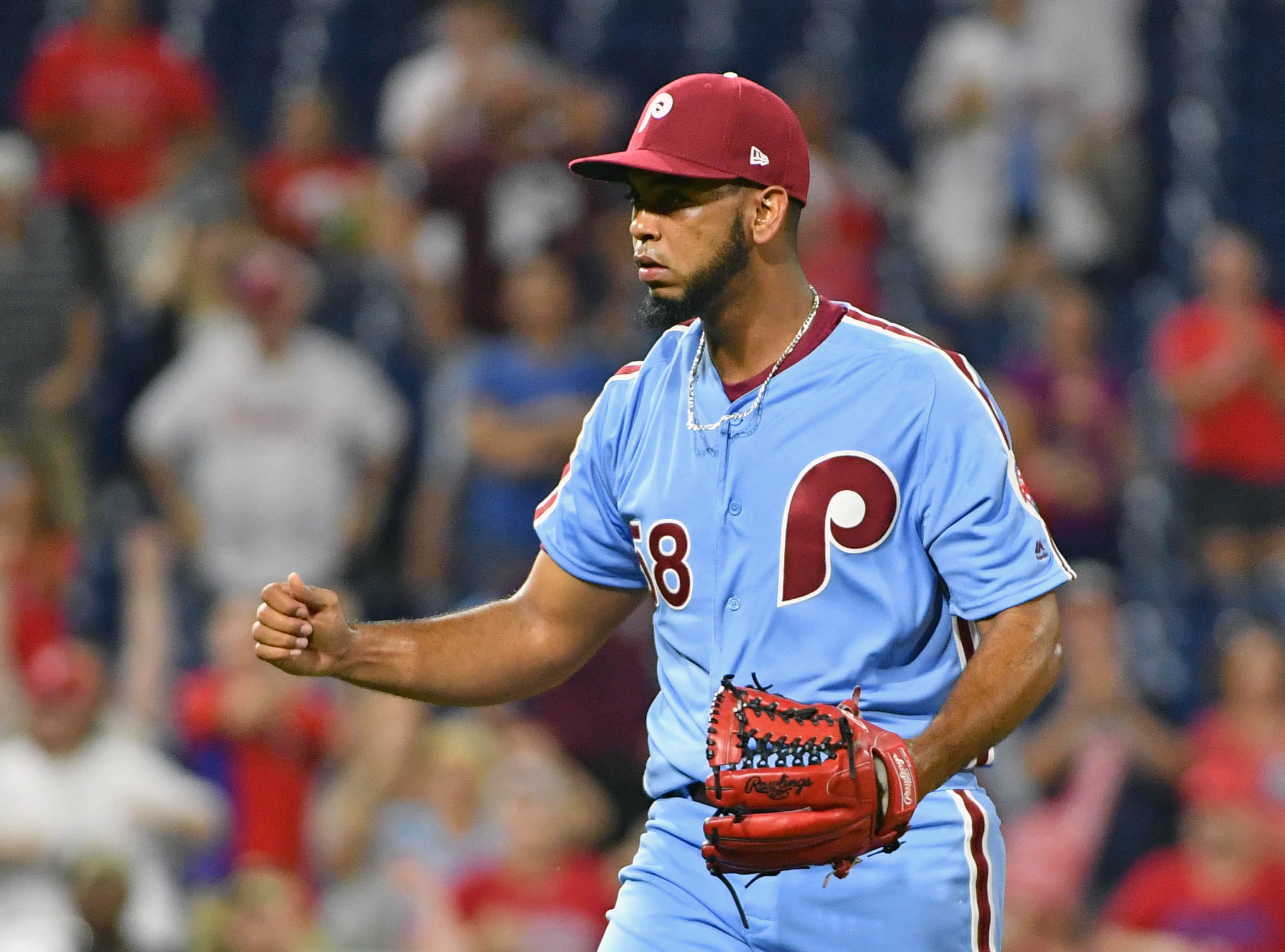 Checking The Rivals: All Star Break

“Checking The Rivals” was a fun idea at the end of April when the Mets were pretty good. Now it just seems like a sad exercise as I sift through the division to try to find bad news. So just remember as you read this that there’s always the Marlins.

Next Head to Heat: August 16th in Philadelphia (Doubleheader)

The Phillies have built an identity of being a team built around pitching. No small feat in Citizens Bank Park. Their starters have accumulated a WAR of 7.3 (most of that Nola), and while their bullpen isn’t going to wow you, their call up of Seranthony Dominguez has been a boon for them. Dominguez has 11 saves, an ERA of 1.60, and a WHIP of 0.65. Those are phenomenal numbers.

As surprising as their great staff is, considering they play in Citizens Bank Park, the other surprise is that their offense has been mediocre at best. It isn’t as if they hit so much better at home. Besides hitting ten more home runs at CBP than on the road, their home/road splits are very even.

Phillies hitters have a WAR of -7.3 … and they’re below average in most offensive categories. I know a shortstop who is has a .950 OPS who could have helped.

But by the time you read this, Manny Machado will probably be a Los Angeles Dodger. So the Phillies will have to think a little smaller. Perhaps Eduardo Escobar and his .217 batting average will help. Or if they want to move to the outfield, Shin Soo Choo and his .405 OBP will help if the Phillies don’t mind picking up the last two seasons on his contract.

Next Head to Head: August 2nd at Citi Field

The Braves are another team that has arrived at the forefront a year earlier than scheduled. They’ve done it behind another stellar season by the best Mets killer in the league (and the most underrated player in baseball) Freddie Freeman, and a balanced team which has relied on young position players like Ronald Acuna Jr., Ozzie Albies, and Dansby Swanson, and also two young pitchers at the top of the rotation in Foltynewicz and Sean Newcomb.

The Braves’ question revolves around whether the young players can make the adjustment and improve their production the rest of the season.

Pitchers of any ilk will help. Perhaps, like in the case of the Phillies, the answer lies in Baltimore where Zach Britton is another obvious candidate for a trade. Perhaps pairing Britton with the contract of Andrew Cashner ($9.5M for next season and a $10M guaranteed team option with 340 IP between 2018 and 2019) would give the Braves two pitchers basically for free if the Braves roll the dice on that option (Cashner has 100 IP so far this season.) The other interesting thing about Cashner is that while his 2018 statistics are rotten, his ERA is almost a full run lower away from Baltimore this season.

Next Head to Head: July 31st at Nationals Park

Zimmerman’s decline was expected. Murphy’s decline was due to injury. Harper’s decline can be explained by a number of factors. Dave Martinez probably isn’t the reason all of this is happening, and Martinez has rough waters ahead of him to try to drag this team over the hump and to another devision title.

An obvious answer is to upgrade at catcher, and Wilson Ramos is out there waiting to be dealt from the surprising Rays. But Ramos just hurt his hamstring and that might take him out of the running if it lingers. An out of the box answer involves going to back to … yes, the Baltimore Orioles.

Michael Taylor was expected to take that leap into the next level after he had a good playoff run in 2017. If ever there was a team that could use a jolt from a respected veteran, it would be the Nationals. And if ever there was a player who needed a jolt by being on a team in a pennant race, it might be Adam Jones. Jones is hitting .273 with a relatively low OBP at .297, and his dWAR is a paltry -1.3. His numbers are down across the board. The Nationals would be rolling the dice and hoping that the 32-year-old just needs a pennant race to revive his numbers, which may be the result of playing for a terrible team all season.

Of course, getting the Nationals and Orioles to deal with each other is easier said than done. The last time these two franchises made a trade, the Nationals were the Expos. In this instance, these two teams may have to get over themselves.

Next Head to Head: August 10th in Miami

It’s the All-Star Break and the Marlins, who I was told would be the worst team in recorded history, are ahead of the Mets in the standings. How? Well, their lineup is not that bad. Realmuto and Starlin Castro are All-Star caliber. Derek Dietrich has had a nice season. Brian Anderson has been a good addition. Their non-pitcher WAR isn’t terrible at 2.1.

Their pitching besides Barraclough, on the other hand, has struggled … starters in particular. Nobody in the starting rotation has an ERA under 4.00. Adam Conley has adapted to the bullpen with a 3.06 ERA and a WHIP of 0.88. Drew Steckenrider has been okay. Otherwise, it’s tough to find a pitcher that has stood out for the Marlins.

Not trade with the Orioles.

Serioiusly, they have pieces that teams are looking for. The Red Sox need a catcher and a second baseman. A blockbuster for Realmuto and Castro that centered around Sox third base prospect Michael Chavis could work. But splitting up the two for seperate deals might be the way to go. Dietrich and Barraclough could also get some play on the trade market, especially if the Astros feel that Barraclough could close for them. Even Miguel Rojas and Justin Bour could fetch some prospects from teams. There are things the Marlins can do to help themselves down the road.