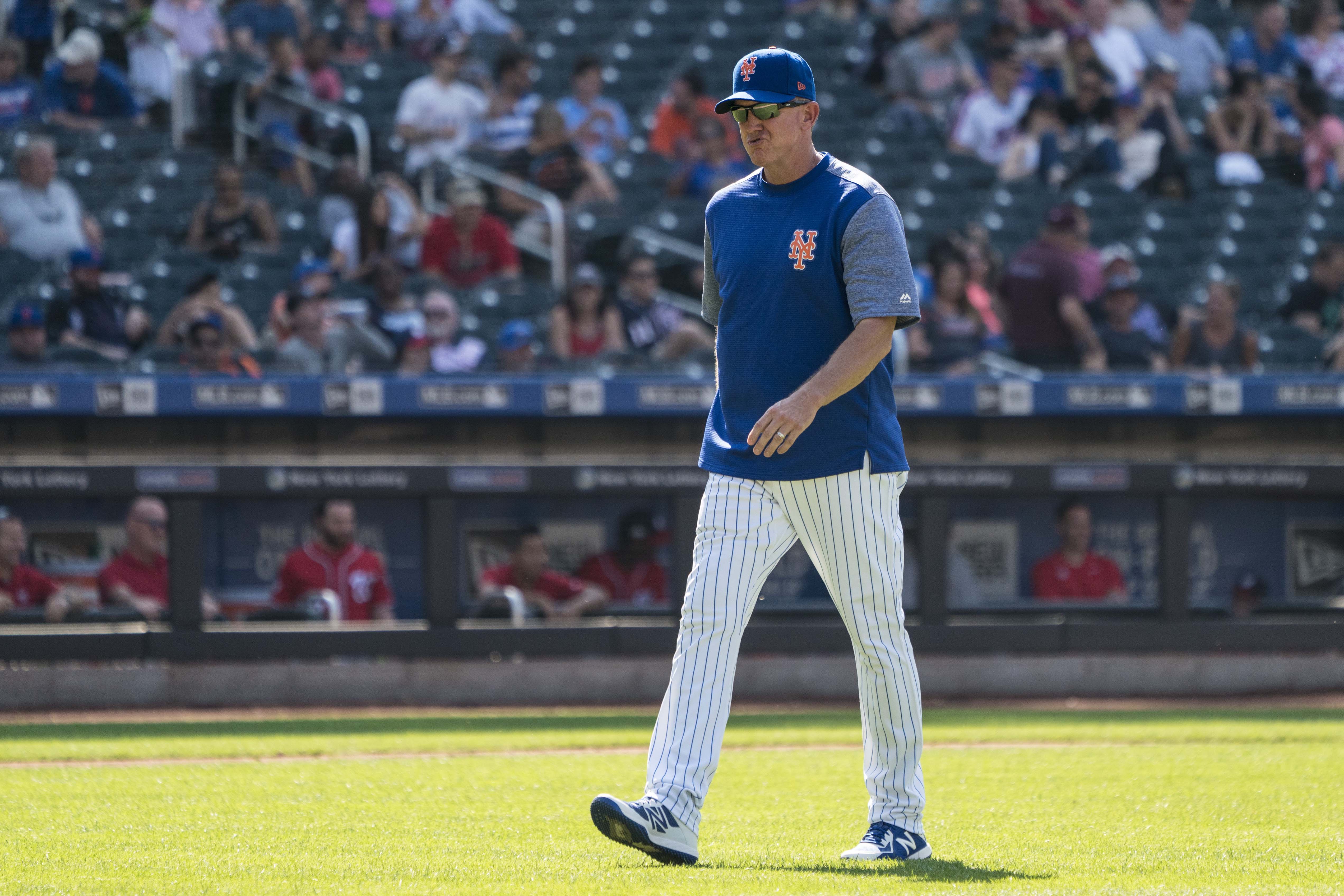 Before the season began, I published this article previewing the 2018 New York Mets. Given how horribly wrong things have gone so far, it should be an interesting exercise to look back at how we viewed this team in the preseason. Let’s go point by point with the preview questions and see where the Mets stand right now:

How Will The New Coaching Staff Fare?

What We Said Then: Callaway has the ability to be the anti-Terry Collins, a new age manager who uses data and information to help put his players into a position to succeed. There were definitely questions how Callaway would adapt to the pressure of managing on the New York stage.

What Actually Happened: After a hot start, Callaway made Mets’ fans wish for Collins to come back with a series of questionable moves and strange statements to the media. Callaway also reverted to some of Collins’ bad habits, particularly running out Jose Reyes time and time again despite no indication that the veteran was going to bust out of his miserable first half slump.

Can Everyone Stay Healthy?

What We Said Then: The Mets finally made a commitment to improving their injury problems, hiring a new training staff and implementing new techniques to keep players healthy. The results looked good with only Jason Vargas being injured on Opening Day.

What Actually Happened: More of the same. Next Question.

Will The Real Matt Harvey Please Stand Up?

What We Said Then: Callaway asked to keep Harvey, who looked to have turned a corner with strong results in spring training. This led to belief that he could be the much needed third arm in the rotation behind Jacob deGrom and Noah Syndergaard.

What Actually Happened: Harvey pitched his way out of the rotation with a dismal start and off the team by failing to adapt well to a bullpen role. The Mets ended up dumping Harvey to the Reds for Devin Mesoraco in a move that has turned out decently well for both franchises.

Are Two Catchers Better Than One?

What We Said Then: Based on a small sample size at the end of 2017 and solid performance from Travis d’Arnaud and Kevin Plawecki in spring training, the Mets could make it work if managed correctly. If not, the Mets will need to add a veteran catcher at the trade deadline.

What Actually Happened: The platoon didn’t last long as d’Arnaud went out for the season with Tommy John surgery while Plawecki missed over a month with a broken hand. Mesoraco has helped stabilize the position, but it still remains a question mark long term.

Does Adrian Gonzalez Have Anything Left?

What We Said Then: Gonzalez has a proven track record and could be fine for a while, but if the Mets don’t get enough results in a couple of weeks they should move on.

What Actually Happened: Gonzalez showed a bit of life over the first month of the season, but cooled off significantly after that. The Mets rode Gonzalez until early June, when he was cut to make room for Dominic Smith on the active roster.

What Should We Expect Out of Amed Rosario?

What We Said Then: Rosario is still very raw, but his defense should help justify his spot in the lineup if he hits .260 or so. The problem was that Rosario’s lack of plate discipline could make having an average that high difficult.

What Actually Happened: Rosario has struggled at the plate, hitting only .246 in the first half with a .289 on base percentage, forcing the Mets to platoon him. The Mets even gave Rosario a mental break for three days in late June to work with him on a few things, and it seems to have paid off since Rosario is hitting .346 over the last week with six extra base hits.

Is The Bullpen Deep Enough?

What We Said Then: The top four of Jeurys Familia, A.J. Ramos, Anthony Swarzak, and Jerry Blevins seem fine but the group is likely at least one arm short.

What Actually Happened: The bullpen has been one of the Mets’ biggest weaknesses this season. Ramos was a disaster before undergoing season ending surgery while Swarzak missed two months and has looked awful since coming back. Blevins also took a step back, failing to get lefties out at all, while Familia and Robert Gsellman have been the two best arms in the unit.

Who is the X-Factor?

What We Said Then: Brandon Nimmo will be the Mets’ X-factor since he will get a shot at playing time with Michael Conforto expected to be out until May 1. If Nimmo took advantage of his chance, he could make things interesting by making the Mets shift Jay Bruce to first base to give Nimmo regular at bats.

What Actually Happened: Nimmo has been one of the Mets’ biggest surprises, leading the team in OPS while setting career highs in home runs (13) and RBI’s (30) in just half a season. This will be the one prediction we can say came true.

How Will The Mets Fare This Season?

What We Said Then: If everything breaks right for the Mets, they are capable of winning between 84 and 88 games. That would put them in the mix for a wild card spot, but the Mets should be able to take advantage of a weak division to steal a playoff berth and make a run on the strength of their starting rotation.

What Actually Happened: The National League East was tough again thanks to the sudden rise of the Atlanta Braves and Philadelphia Phillies. Everything ended up breaking wrong for the Mets, who turned an 11-1 start into a 39-55 half that left them dead in the water in the middle of June.