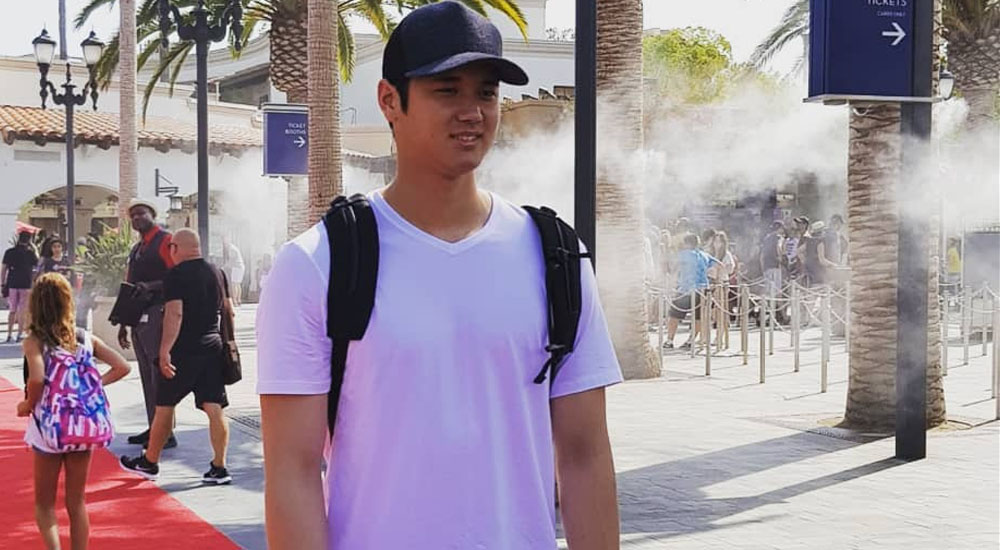 After a great start to the 2018 season, plenty of people were suggesting that Shohei Ohtani might want to start making room in his trophy case.

At the very least, the two-way star should have been penciled in to make the All-Star team.

While some of his teammates (okay…maybe just the one) made the trip east to the nation’s capital, Ohtani made the forty minute trip north on The Five for some rest, relaxation and, hopefully…Butterbeer.

Shohei Ohtani was apparently at Universal Studios Hollywood yesterday. The real question: Did he go to The Wizarding World of Harry Potter? 🤔 pic.twitter.com/AX06ZFnue7

Ohtani looks so cute and young with his shorts and backpack in Universal Studios 😍 pic.twitter.com/NTQhcSoQTI

Come to think of it, seeing Ohtani in a t-shirt and cap should be a surprise to no one. Mike Trout recently called the twenty-four-old the worst-dressed member of the Angels.

“Sometimes he wears the same shirts a couple days in a row,” Trout said.