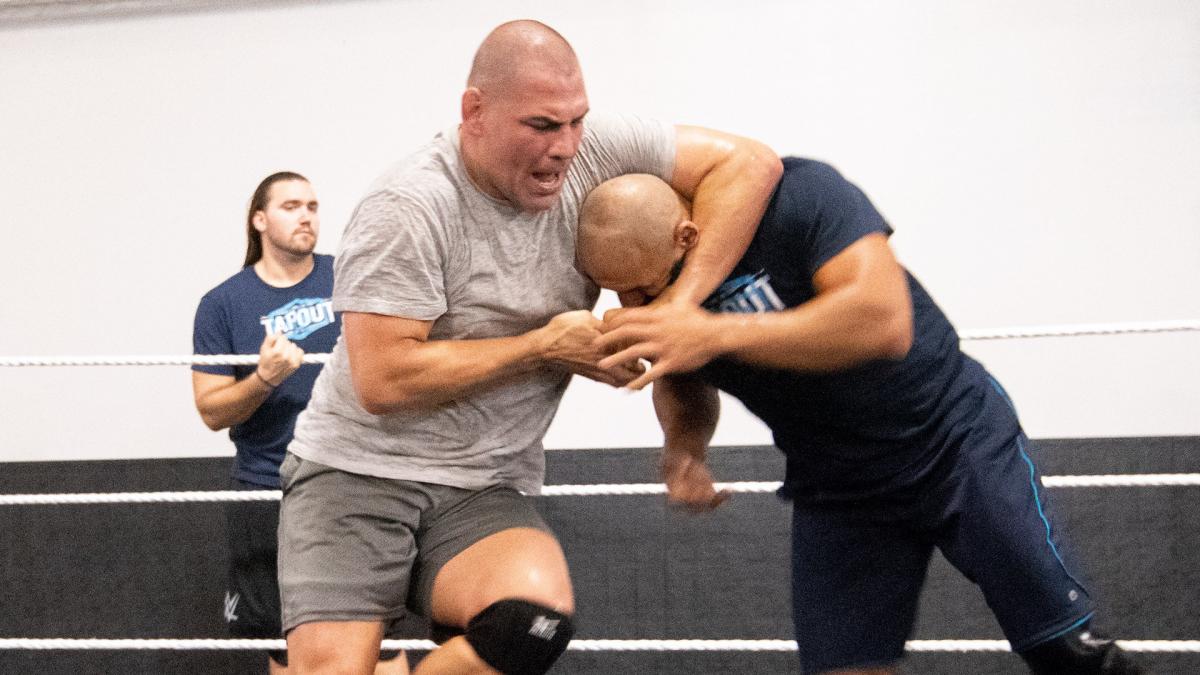 Two-time UFC Heavyweight Champion Cain Velasquez could be pursuing a career in WWE, as he was spending the past couple days at the WWE Performance Center training with Norman Smiley and getting tips from current NXT stars like Roderick Strong.  If Rousey has shown us anything it is that the transition from the world of mixed martial arts into professional wrestling can work out very well.

In a video on WWE.Com, Velasquez said he had some great workouts. “Got to lift, which is a great workout, a wrestling class, another great workout… It’s tough as well; it’s tough on the body, it’s tough mentally, but it’s fun,” Cain said. Velasquez remarked that growing up, he was a big fan of WWE and Mexican wrestling.

With idols like Mil Mascaras, Hulk Hogan, and Razor Ramon, could he be seduced by the bright lights of sports-entertainment? The video WWE shared not only showed Velasquez receiving advice from NXT personnel, but also taking rolls in the ring, performing a headlock takeover and looking very smooth inside the ring.

I had a great time over the last couple days getting a few workouts in at the @wweperformctr and attending @wwenxt. Thanks to everyone at @wwe for the Invite and first-class treatment. #LuchaLibre pic.twitter.com/qWZTVRo9Wr

The option that Cain Velasquez, a man with a 14-2 fight record, could join the WWE, brings up some amazing dream matches.  The obvious choice would be a rematch between Velasquez and current WWE Universal Champion, Brock Lesnar.

When these two collided in the octagon, Cain was able to stop the Beast Incarnate within the first round of their title bout, dethroning Lesnar as the UFC Heavyweight Champion. Could Brock want that match-up on “home turf”? At this point, the WWE Universe should not count on it, because Lesnar could be heading out after his match at SummerSlam.