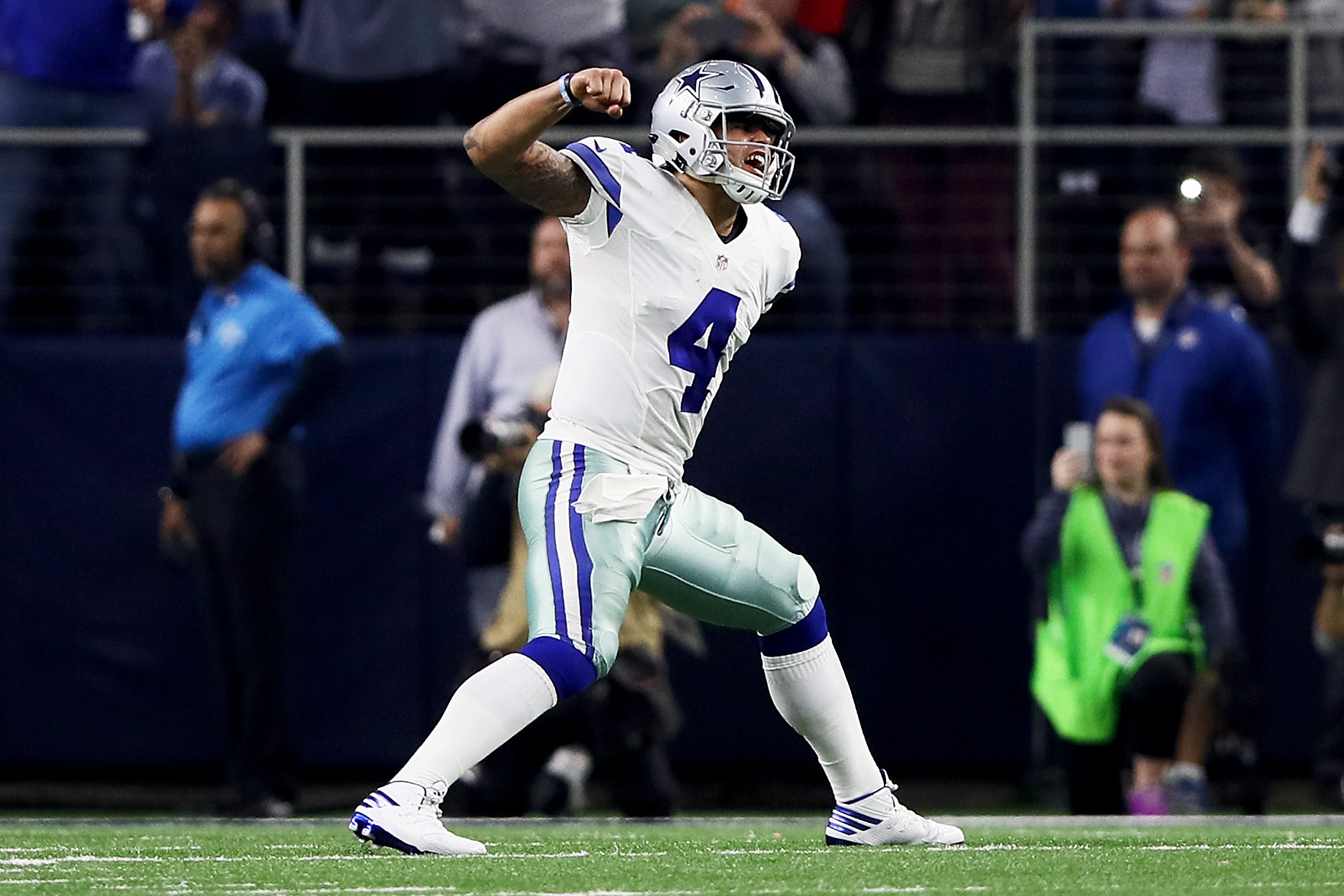 Last week, Tony Romo predicted the Jaguars would face the Packers in the Super Bowl this season. Now, ESPN’s Dan Graziano is predicting Romo’s former team will win one ring in the next three years.

Our NFL Insider @DanGrazianoESPN predicts a Dallas Cowboys championship in the next 3 seasons.

Will they get it done? pic.twitter.com/BAB04jTXKW

Since the Cowboys have a single playoff win the past decade, predicting Dallas wins at least three in a single year raises eyebrows. But the NFL Insider has made that a habit.

Last season, Graziano predicted the Vikings would be the first team to play in their own stadium for a Super Bowl. He was one game off the mark as Minnesota lost in the NFC Championship.

The Rams were also on his radar, predicting at least 10 wins after moving to Los Angeles. Of course, Todd Gurley and Aaron Donald scored Player of the Year nods and the Rams won 11 games.

More relevant for the Cowboys, Graziano predicted before last season Dak Prescott will be the best QB from the 2016 draft. That was hot off Prescott’s Rookie of the Year campaign before disappointing last season, but if the Cowboys are to win their first title in over two decades, Graziano’s prediction should hold strong.

Perhaps the most curious, the prediction comes while the Cowboys are in a bit of flux on offense now without a clearly defined top target. Without Dez Bryant as the x-factor or the security blanket of Jason Witten, Prescott has his work cut out living up to either prediction.

Additionally, the competition in the NFC East is only stiffening now that the Eagles have a championship and an MVP candidate under center.

Graziano’s prediction seems well-timed, though. The only major playmaker with a contract expiring next season is the franchise-tagged DeMarcus Lawrence. Meanwhile, Sean Lee and Prescott are the two notable 2020 expirations, giving at least two more seasons from the fan favorites.

Ezekiel Elliott stays at least through 2021, as do all the Pro Bowl offensive linemen. The base Graziano sees now is largely what will be around the next three seasons. Now the only variable left is if a 9-7 team from 2017 improves enough to reach the Super Bowl.