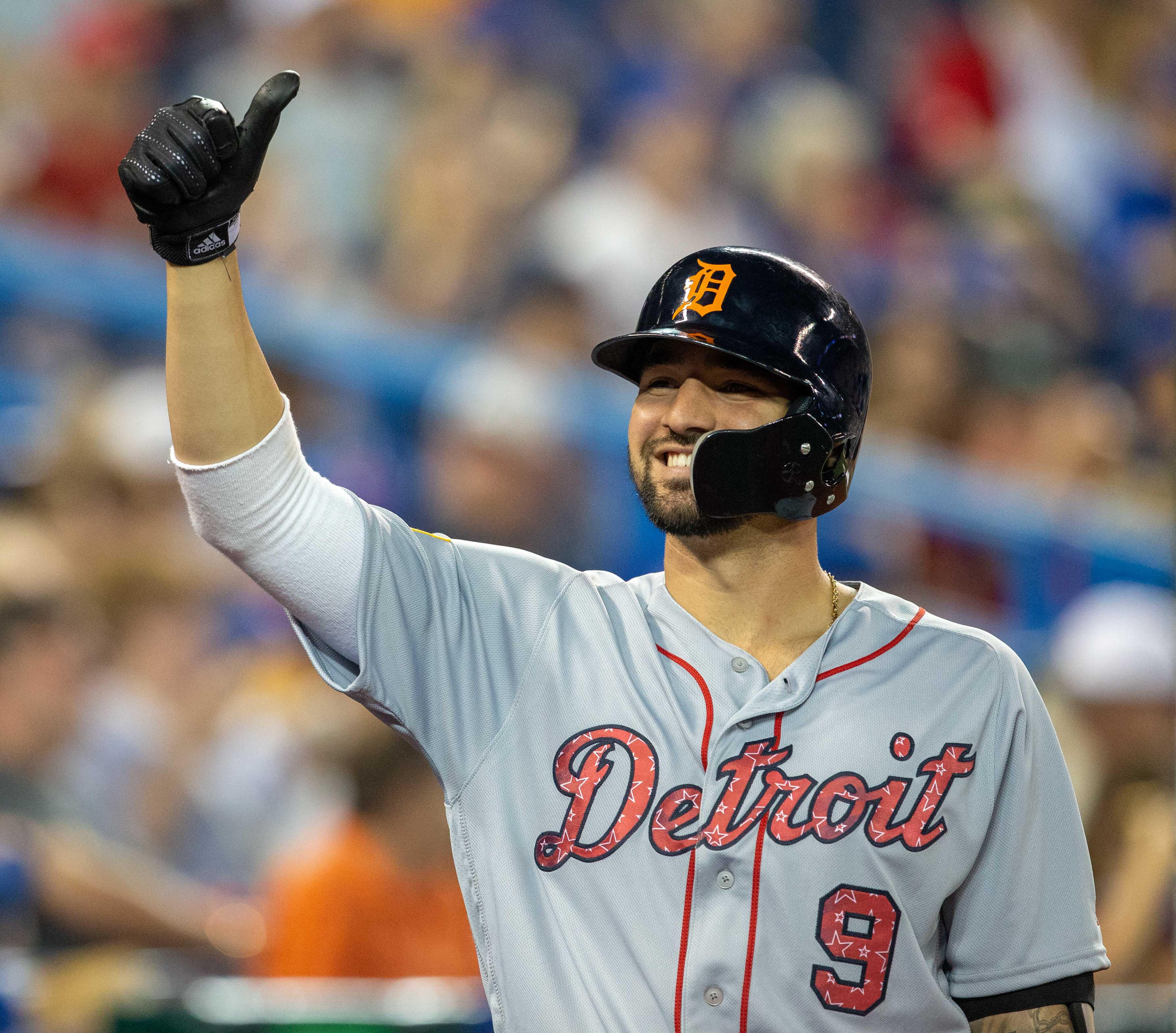 With the second-half of the season starting today for most teams around Major League Baseball (the Cardinals and Cubs played last night), I would like to look at who was the Most Valuable Player in the first-half for the Tigers. They’ve struggled pretty mightily this season with a record of 41-57, but they are in the early stages of a rebuild, so it was to be expected. Even with all of their early season struggles, there have been a few bright spots.

Relief pitcher Joe Jimenez made his first All-Star appearance and is having a nice season with a crisp 2.72 earned-run average and 48 strikeouts in 43 innings pitched. Starting pitchers Mike Fiers and Jordan Zimmerman, both with sub-3.75 ERA’s, are having better seasons than most expected as well.

But the brightest spot of this rather dim season has got to be outfielder Nicholas Castellanos. While the offense has been rather anemic for most of the season, he has been a consistent source of runs all year.

He is on pace to match or surpass his career highs in many offensive categories this year.

Through the All-Star break this year, Castellanos has been worth 2.1 Wins Above Replacement (with his defense being sub-par in right field), is batting .305 while hitting 15 home runs and driving in 56 runs. He has also scored 54 runs and is among the league leaders with 29 doubles. His on-base percentage is a nice .359 and he is slugging .517.

His career high in batting average is .285 in 2016, and unless he has a terrible second-half, which I don’t see happening, he should best that and sit around the .300 mark for the rest of the year.

His career highs for homers and RBIs are 26 and 101, respectively, which were both set last year. He is on pace for right around 24-26 home runs and 90-100 RBIs, so he could set new career highs or be very close.

Castellanos may also set a new career high when it comes to doubles. His career high for two-baggers was 36 last year, so he only needs eight more the rest of the season to beat that mark.

Another plus to the season that Castellanos is having is that he is drawing more walks. His career OBP is .321 and, like I mentioned earlier, he is sitting at .359. That means he has a better eye in the box and is swinging at better pitches, which has led to the increase in batting percentage as well.

And although his 2018 numbers may end up being very similar to his 2017 numbers, Castellanos just seems more comfortable at the plate this season. He knows, and acts like, the best hitter on his team. He has come up big for the Tigers on multiple occasions and has shown he can be the best hitter in a lineup.

He is also still a young buck at 26 years old and should continue to improve. He had somewhat of a breakout season last year and has continued that into this year. He is growing in multiple areas at the plate and if he could find a little more pop in his bat and hit for 30 or so home runs a year, he could become one of the best hitters in the league and be a perennial All-Star. He even had a strong case to make the AL squad this year, but that’s a whole different story.

The Tigers, albeit in rebuild mode, have a nice, young piece in Castellanos that should be a focal point of their offense when they become contenders again. As for now, he will still provide some highlights for a fanbase with little expectations.

Congrats on the exceptional first-half, Nick. Keep it up.