Your Morning Dump... Where we Get Smart 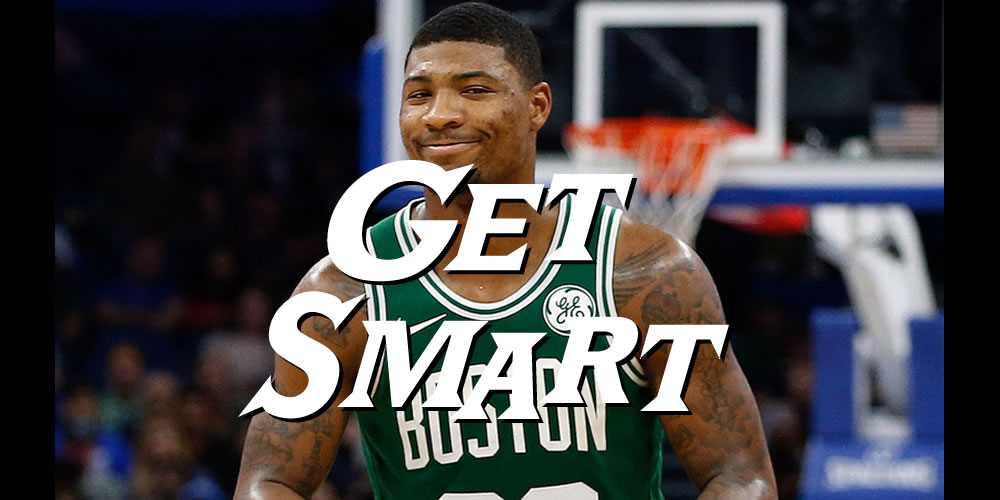 Your Morning Dump... Where we Get Smart

The deal is slightly higher than the four-year, $50 million extension offered by the team last October, an offer that Smart turned down, placing his value more in the $15 million per year range. And when Ainge stuck to the team’s $6.05 million qualifying offer early in free agency, Smart took the team’s lack of movement personally. But there was a lot going on in Smart’s life, most notably his mother’s treatment for bone marrow cancer.

Look at the extra two million that Boston is paying Smart as a sort of tax paid for taking the long view. Between signing the qualifying offer for a year at $6 and taking his chance as an unrestricted free agent and signing a 4/$50 deal, Marcus probably would’ve signed the 4/$50 deal, but going to the mat for $500,000 a year–less than .5% of the total cap–would’ve been ridiculous for a proven player like Smart. The team was never going to give Smart a $60M contract, but they didn’t try to force Smart to take a lower deal than the one they offered him last fall either.

Page 2: Where Gordon Hayward has updates for us

“I dunked the basketball for the first time off my left foot — without pain — last week,” he said. “That felt awesome. I went into it very soft and gingerly, and after I did it, I was like, ‘OK, that didn’t hurt it all.’ I did it again, and it felt good.”

Gordon Hayward spoke with Nicole Yang yesterday and gave an update on his overall condition. He’s not yet at 100% moving side to side, which should give some idea of just how serious that ankle injury was (and, at the same time, an idea of just how far DeMarcus Cousins has to go). However, he says he’s put his time to good use. If he hasn’t been able to do a lot of physical activity with his legs & ankles, he’s spent more time working on his shot:

Hayward also spoke with NBC Sports/Boston’s Sherrod Blakely, and had this to say:

“We’re going to try to win the whole thing. That’s what our goal is; that’s where our goal should be. We have the talent to do it. I think for us, it’s … hopefully we keep everybody healthy. For me, I’m going to be focused on training camp, getting through that first practice. It’s been so long for me to even be out on the court. I’m very excited about where we can go next year.

Of course, every year, you try to win the whole thing, but some years it’s a more realistic hope than others. This up coming year looks to be one of those years where the Celtics will contend for a title from opening tip until sometime in June.

But as we’ve seen, like a third of the team can end up sidelined and the C’s are still, at the least, an ECF caliber team.

“Like, without each other, would either one of them be where they are?” he continued. “Probably not. I think that’s really cool and special. I think it’s a big reason why they are together now . . . In coaching, there’s always somebody that kind of is the first guy to do it, like how [Duke’s Mike Krzyzewski] has Christian Laettner. Coach Stevens’s guy was Gordon — and now they’re reunited.”

Nicole Yang’s been busy: More interviews on Boston.com; these two with Shelvin Mack and Emerson Kampen.