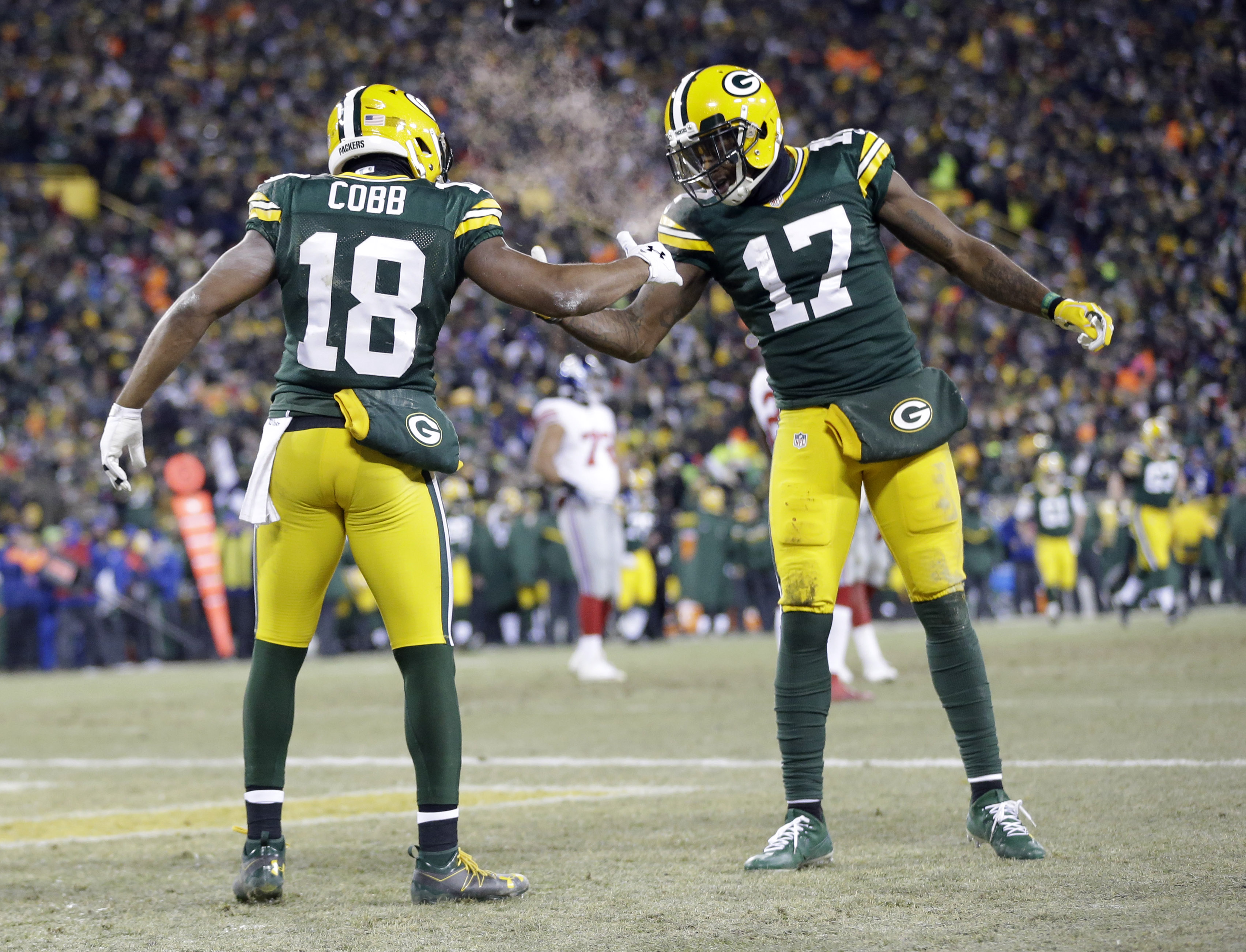 The Green Bay Packers look like contenders in 2018 according to most football experts. The offseason was productive with the return of a healthy Aaron Rodgers, the signing of free agents Jimmy Graham and Muhammad Wilkerson and a draft that bolstered the secondary. But other than Rodgers, the Pack can ill afford to have starting wide receivers Davante Adams and Randall Cobb go down with injuries because of a lack of proven NFL talent behind them.

Both Cobb and Adams are established starters in this league and they have complimentary skill sets. Adams has more size and uses his body to create separation down field. Meanwhile, Cobb’s biggest assets are his versatility and precise route running especially in the slot and on short passes often running parallel to the line of scrimmage.

Rodgers has developed good chemistry with both players over the years. Anybody who saw the Packers thrilling last-second victory over Dallas last season saw how Rodgers and Adams teamed up to beat the Cowboys on a the very same pattern that had just missed connecting on the previous play. Adams knew Rodgers would go back to him and the call worked to perfection. By the end of the year, Adams established himself as the Pack’s undisputed number one receiver.

“I think Davante has an attacking mentality off the ball and when guys are getting their hands on him, he’s a physical dude,” former Packers receivers coach Luke Getsy told Tom Silverstein of the Milwaukee Journal Sentinal. “He’s a big, strong guy, so he’s able to handle taller, he’s able to handle shorter with his quickness, he’s able to handle strong corners as well. So I think he’s a tough matchup for a lot of different corners with his ability to be quick and powerful.”

Cobb is the best safety valve that Rodgers has. He is the master of the short pass coming out of the slot position or lining up in the backfield. Cobb finds open space and beats slot corners, safeties or linebackers to pick up critical yards, especially on third down. He is the Packers most experienced and versatile receiver.

“I’ve been in that offensive room with Coach Mike [McCarthy] and him putting in the game plan. So I understand how valuable Randall is — to all of the packages,” former Packers wide receiver James Jones explained to USA Today. “You can put him in the backfield, you can line him up in the slot, you can line him up outside, he can run the ball.”

But if either of these two starters went down for an extended time, Green Bay’s roster is filled with question marks. Geronimo Allison has the inside track to be the third receiver. Still, while the 6’3”, third-year man out of Illinois has shown flashes of ability, he has only 35 career catches in two NFL seasons and has yet to prove that he can handle starting duties.

Trevor Davis is even less established as a wideout than Allison. The California alum was the Packers leading return man last season, but has only eight career catches for 94 yards total in his first two NFL seasons.

The Packers selected three wide receivers in this year’s draft, but it’s usually a tall order for rookie wideouts to make the big jump to NFL route trees which are much more complicated than their college playbooks. It is very possible that J’Mon Moore, Equanimeous St. Brown or Marquez Valdes-Scantling will contribute, but there is a reason they were still available in the later rounds of the draft. Even with Rodgers at quarterback, asking them to play almost every down and go against opponents’ best cornerbacks is too much to ask.

Unfortunately for the Pack, both Adams and Cobb have injury histories. Adams missed two full games and parts of a few others due to concussions last season. Cobb was wearing a walking boot during OTAs earlier this summer although he declared he will be ready to go for the start of training camp next week. Cobb has only played in all 16 games in a season twice since entering the NFL in 2011.

Injuries are a part of every NFL season as Packers fans know only too well. Last season, the Pack lost the one player they could least afford to be without (Rodgers) and went from a 4-1 contender to a 7-9 also-ran.

The Pack has depth at several positions and while they did a lot to address the wide receiver position, Green Bay would be in trouble if either Cobb or Adams was lost for a substantial period of time.